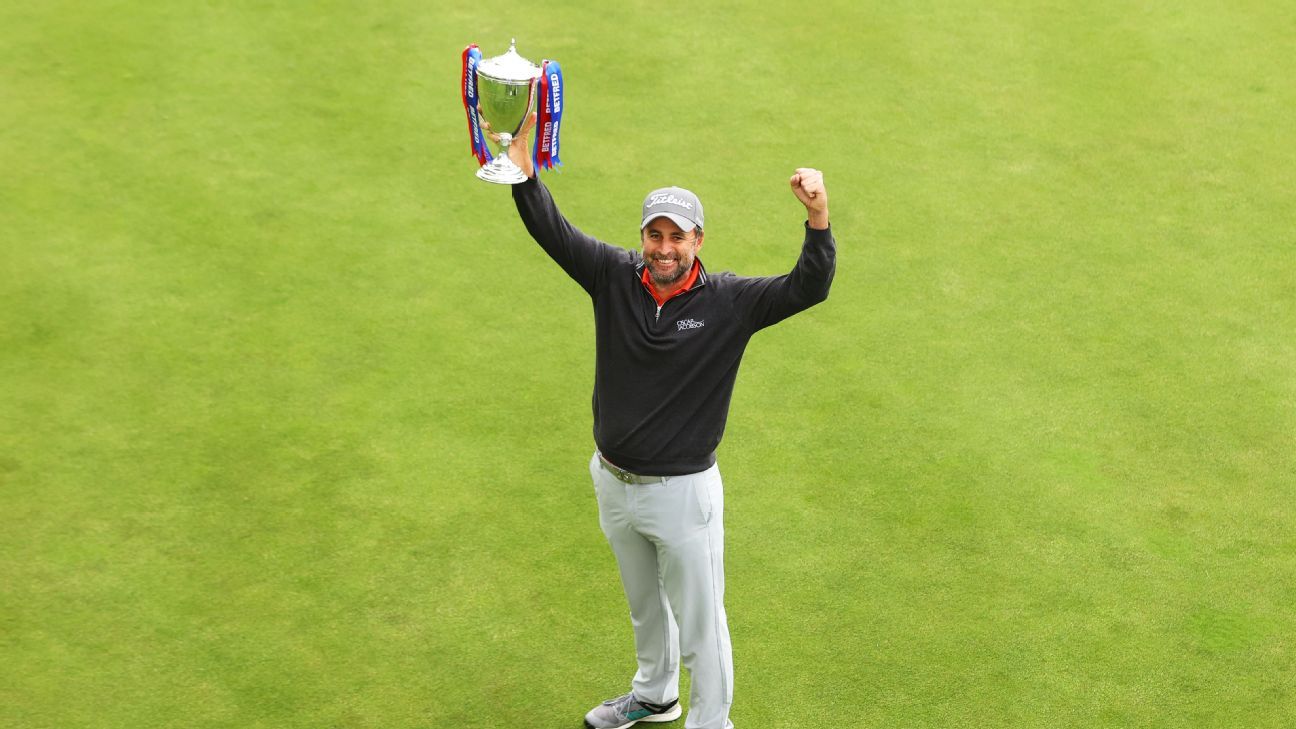 Richard Bland won his first European Tour title at the 478th attempt after beating Guido Migliozzi in a playoff at the British Masters on Saturday.

Bland, 48, and Migliozzi finished on 13 under par after 72 holes at The Belfry to force the playoff in which the Englishman parred the first extra hole while his Italian opponent made a bogey.

“I’ve done it,” an emotional Bland, who turned professional in 1996, said after becoming the oldest first-time winner on the European Tour.

“My game had been tending in the right way and I’d worked really hard, as you know we’ve worked so hard on the wedges.

“I just drove the ball so well this week, I’ve gone back to my old driver. Round here — especially for me, I’m not the longest on Tour — I’ve got to hit fairways and I’ve probably missed single digit fairways all week.”

Bland made only one bogey in his four rounds, on the third day.

Mikko Korhonen, Dave Coupland and Adrian Meronk finished third, one stroke behind Bland and Migliozzi with Andy Sullivan and Dean Burmester one stroke further back.