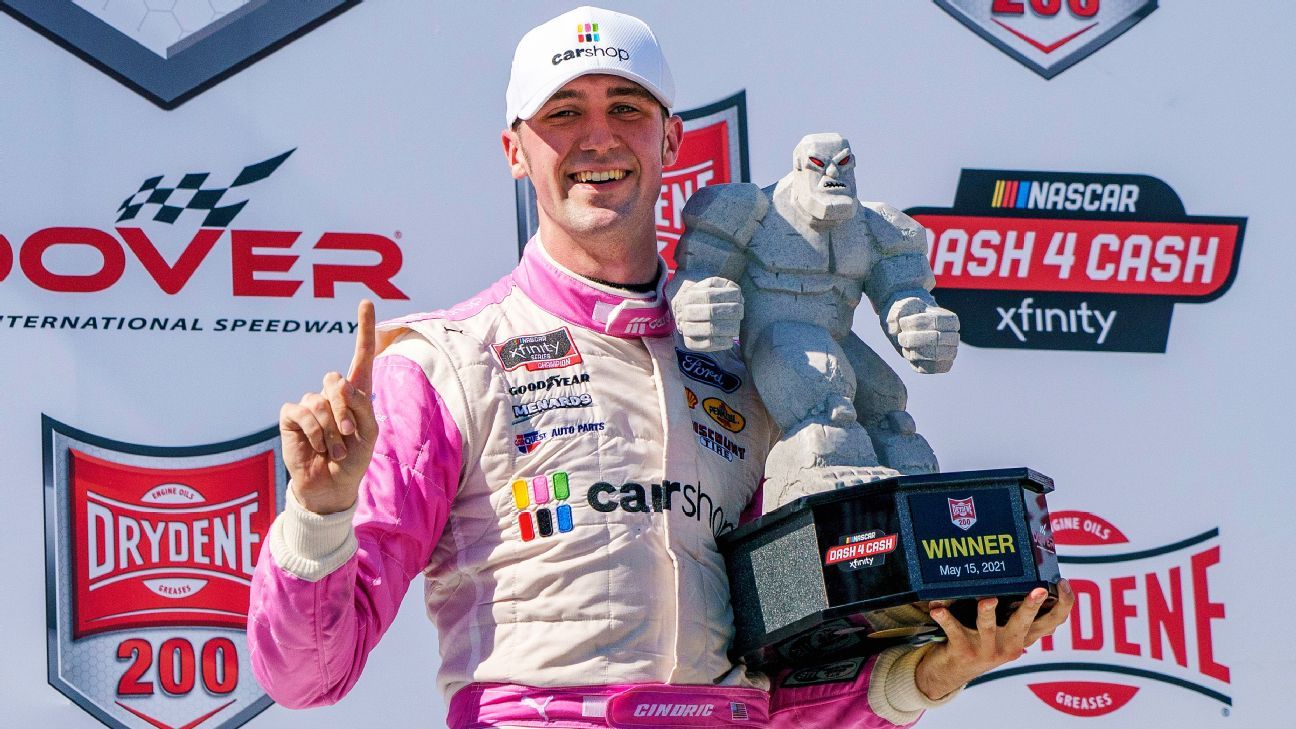 DOVER, Del. — Austin Cindric saved his car from a serious spin early in the race and dominated late Saturday at Dover International Speedway and won his third Xfinity Series race of the season.

The 22-year-old Cindric showed flashes throughout his career on the one-mile concrete track that he could take the checkered flag. Cindric was second and third in two Xfinity races last season and had never finished worse than ninth in six previous Dover starts.

“God, I love this track,” he said on his radio after crossing the finish line.

He connected with Ty Gibbs near the end of the first stage and the No. 22 Ford swiveled a bit until Cindric straightened it and kept it on pace for the win. Cindric led the final 51 laps.

Cindric stood in the window and pumped his fists toward thousands of fans who turned out at Dover a year after they were banned from attending because of the coronavirus pandemic. Dover said Sunday’s Cup race was sold out, with capacity capped at 20,000 ticketed fans.

The reigning Xfinity champion, Cindric opened this season with a win at Daytona and again won four races later at Phoenix. He finished 30th last week at Darlington but still came into Saturday with a 39-point lead over Daniel Hemric in the points standings.

He won his 11th career Xfinity race; he had six last season.

“It could have been one spot better,” Berry said. “We just weren’t quite as good on that last run as we were the run before.”

The race was stopped for 10 minutes after a crash that saw Matt Jaskol’s car land on top of Jesse Little’s car and come to a rest on the concrete.

Jaskol was in just his third career Xfinity Race and admitted “I just need the laps” necessary to possibly avoid a potential future pileup.

Jaskol might have a better eye in the sky — he’s served as a spotter for Marco Andretti at the Indianapolis 500. The 36-year-old Jaskol was once a driver in the IndyCar pipeline and has competed in a wide variety of motorsports. He’s worked as a stunt driver, which should have been a familiar feel for him as his Toyota treated Little’s car like a ramp.