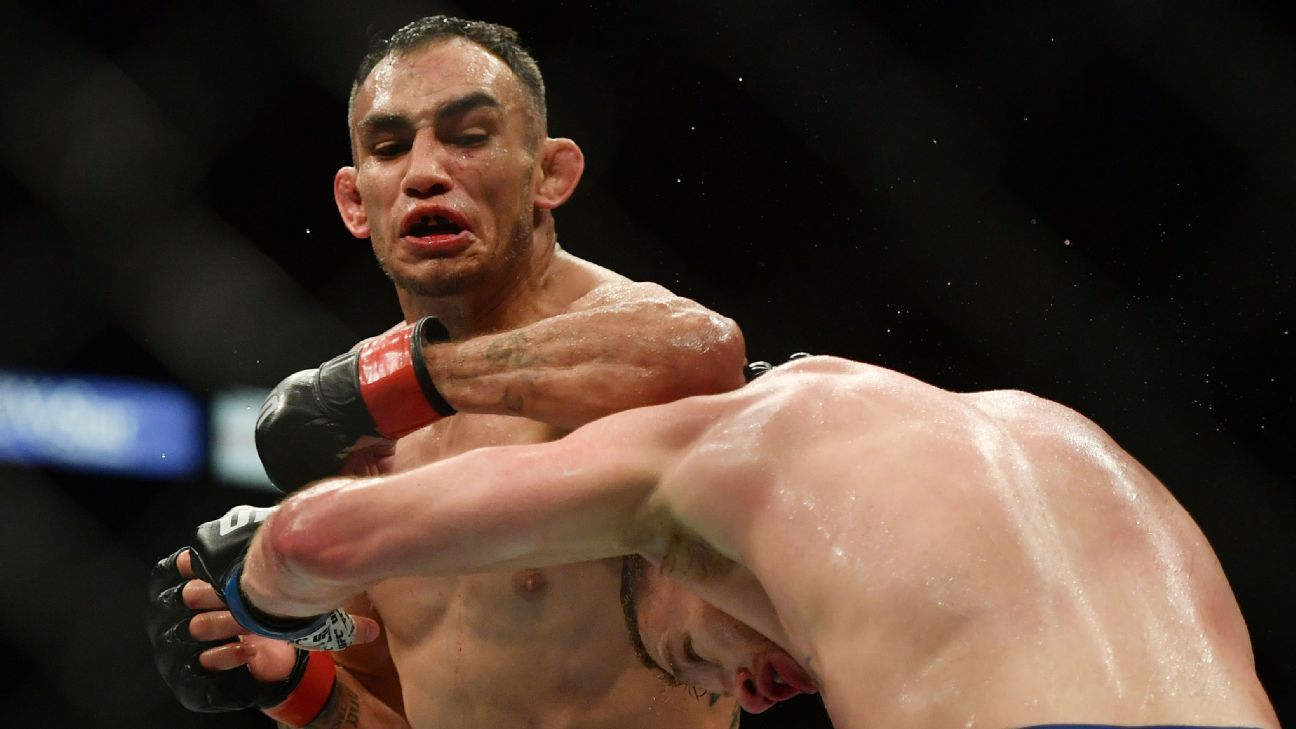 HOUSTON — Tony Ferguson will have a mix of old and new in his corner this weekend.

The popular UFC lightweight contender has added legendary boxing trainer Freddie Roach as one of his coaches, and Roach will be in his corner for his fight against Beneil Dariush at UFC 262 on Saturday at Toyota Center, Ferguson told ESPN on Thursday.

Ferguson let go of all of his cornermen following a loss to Charles Oliveira at UFC 256 last December. Oliveira is now fighting for the vacant lightweight title Saturday against Michael Chandler. In order to get back into the title picture, Ferguson said he knew he had to make some changes. Ferguson has been training at Roach’s Wild Card Gym in Los Angeles for his current camp and also had former boxing Olympian Pepe Reilly with him this week.

“This time, it’s not about the punching or just about the kicking or the jiu-jitsu. It’s about mixing it up, man. Better than a blender.”

In addition to Roach, Ferguson will have his old college wrestling coach Dave Mills in his corner, as well as longtime 10th Planet Jiu Jitsu training partner and UFC veteran Ben Saunders by his side. Ferguson won a National Collegiate Wrestling Association national title under Mills at Grand Valley State in 2006.

Those aren’t the only influences Ferguson has had this camp, either. He has been in contact with his former team, Team Death Clutch, which was once led by former UFC heavyweight champion and WWE legend Brock Lesnar. Ferguson said he has been in touch with Lesnar and coaches Marty Morgan, Greg Nelson and Erik Paulson throughout this camp, as well as his longtime striking coach Tony Gonzalez.

Ferguson won 12 straight fights between 2013 and 2019 but has dropped two straight. He fell to Justin Gaethje in an interim title bout at UFC 249 last May, and then Oliveira beat him five months ago.

After that bout, Ferguson purged his entire camp.

“When you’re the smartest man in the room, you have to basically fire everybody,” Ferguson told ESPN’s Brett Okamoto. “What basically happened was nobody was testing me. Nobody was helping me grow. So I basically had to get rid of everybody that was toxic to me.”

Ferguson (25-5) is one of the best lightweight fighters in the history of MMA but has never fought for an undisputed UFC title. He has had several bouts of bad luck, including losing his opportunity at a title shot when he tore his knee tripping on a wire during a media tour.

He is hoping his revamped coaching staff will lead to another run at the belt at age 37.

“You put in the numbers, you have a good vibe, you keep the team going,” Ferguson said. “No mistakes, man. No negativity. If there’s negativity there, you’re eighty-sixing them.”

Notre Dame vs. USC live score, updates, highlights from 2022 college football rivalry game
USA World Cup group scenarios: What does the USMNT need to qualify for 2022 Round of 16 knockouts
Reginald the Vampire Season 1 Episode 8 Review: The Odyssey
Coach Outlet Black Friday Sale: Get the Iconic $428 Kleo Bag for $128
Why the Jonas Brothers are big Giants fans: Trio’s history ahead of Thanksgiving halftime show