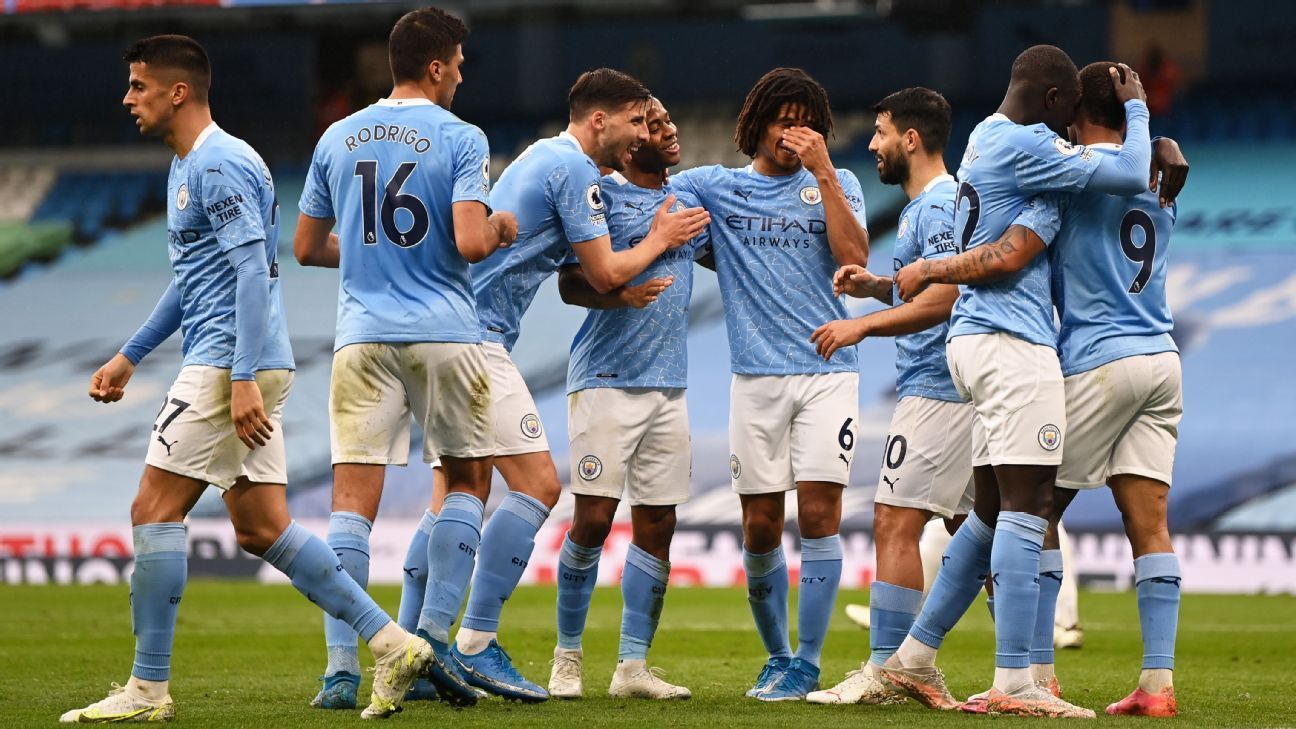 The result at Old Trafford leaves United with 70 points from 35 matches, 10 behind City with three games left to play in the 2020-2021 campaign.

The title marks the latest landmark in Guardiola’s glittering career at the club. After joining City in 2016, Guardiola landed his first league title at the Etihad a season later, as he masterminded a superb campaign where the club finished with a league-record 100 points.

City retained their title the next season, as Guardiola’s men edged Liverpool in a thrilling title race, finishing on 98 points — a point ahead of Jurgen Klopp’s side. In addition to domestic league glory, Guardiola has also lifted the League Cup four times in a row, as well as the FA Cup in 2019.

Guardiola’s success at City also means he has won three league titles in every division he has managed, following his triumphs in La Liga with Barcelona and the Bundesliga with Bayern Munich.

Manchester City have three league games remaining, against Newcastle, Brighton and Everton, before attention will turn to the club’s first-ever Champions League final.

The club’s latest league title moves them on to seven in total, with Manchester United still out in front on 20.