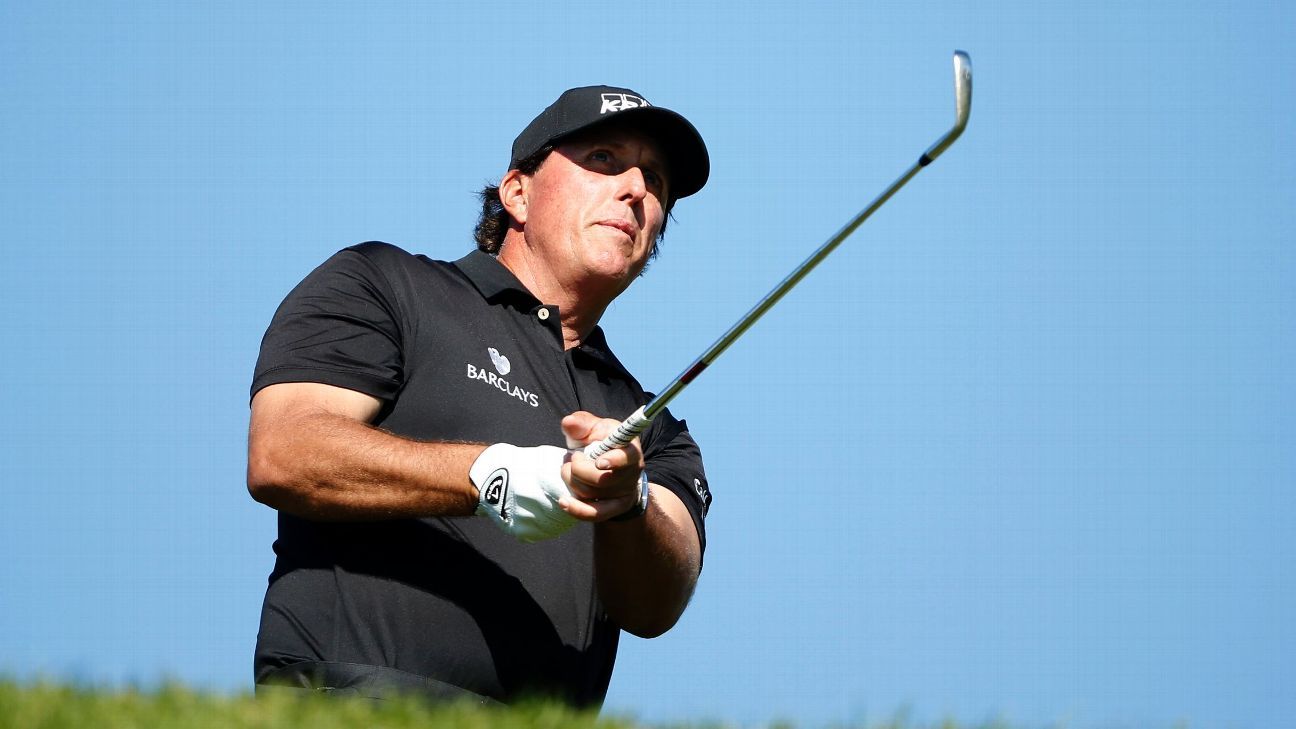 Phil Mickelson will not need to qualify for the U.S. Open after all.

The five-time major champion, who grew up in the San Diego area near the venue for this year’s championship, Torrey Pines, accepted a special exemption from the United States Golf Association on Friday to play in the 121st U.S. Open next month.

It will be the 30th U.S. Open of Mickelson’s career, a tournament he has never won but where he’s finished runner-up six times.

“Winning the U.S. Open has been a lifelong and elusive dream, and I’ve come close so many times,” Mickelson said in a statement. “You can’t win if you don’t play. I’m honored and appreciative of the USGA for the opportunity and look forward to playing in my hometown on a golf course I grew up on.”

Mickelson, 50, said last year that he would not accept an invite for the 2020 championship but ended up being exempt for the tournament at Winged Foot, where he infamously double-bogeyed the final hole in 2006 to miss a playoff by a stroke. Mickelson missed the cut last year.

Two weeks ago, when asked about the possibility of a special exemption by ESPN, Mickelson said he didn’t know whether he would accept and said playing in his hometown would not be part of the decision. He said at the time that he would enter the 36-hole sectional qualifier on June 7 in Columbus, Ohio, if he had not made it into the field by that point.

Players not otherwise exempt can earn a spot in the field by being among the top 60 in the world on May 24 or June 7. The U.S. Open will be played June 17 to 20.

Mickelson is ranked 116th in the world. He was the first-round leader last week at the Wells Fargo Championship after shooting 64, then followed with scores of 75-76-76 to fall to 69th. In 10 events in 2021, his best finish is a tie for 21st at the Masters.

Mickelson has been runner-up at the U.S. Open in 1999 to Payne Stewart at Pinehurst, 2002 to Tiger Woods at Bethpage, 2004 to Retief Goosen at Shinnecock Hills, 2006 to Geoff Ogilvy at Winged Foot, 2009 to Lucas Glover at Bethpage and 2013 to Justin Rose at Merion.

That total of six is the most runner-up finishes of any player never to have won the tournament, the lone major keeping Mickelson from completing a career Grand Slam. He has four other top-10s at the U.S. Open.

“Phil Mickelson’s incredible USGA playing record and overall career achievements are among the most noteworthy in the game’s history,” USGA CEO Mike Davis said in a statement. “We are thrilled to welcome him to this year’s U.S. Open at Torrey Pines.”

Mickelson played his first U.S. Open as an amateur in 1990 and at one point played 23 in a row from 1994 through 2016, missing the 2017 tournament because of his daughter’s graduation.

The USGA has now granted 35 players a total of 53 special exemptions dating to 1966, when it gave its first to Ben Hogan.