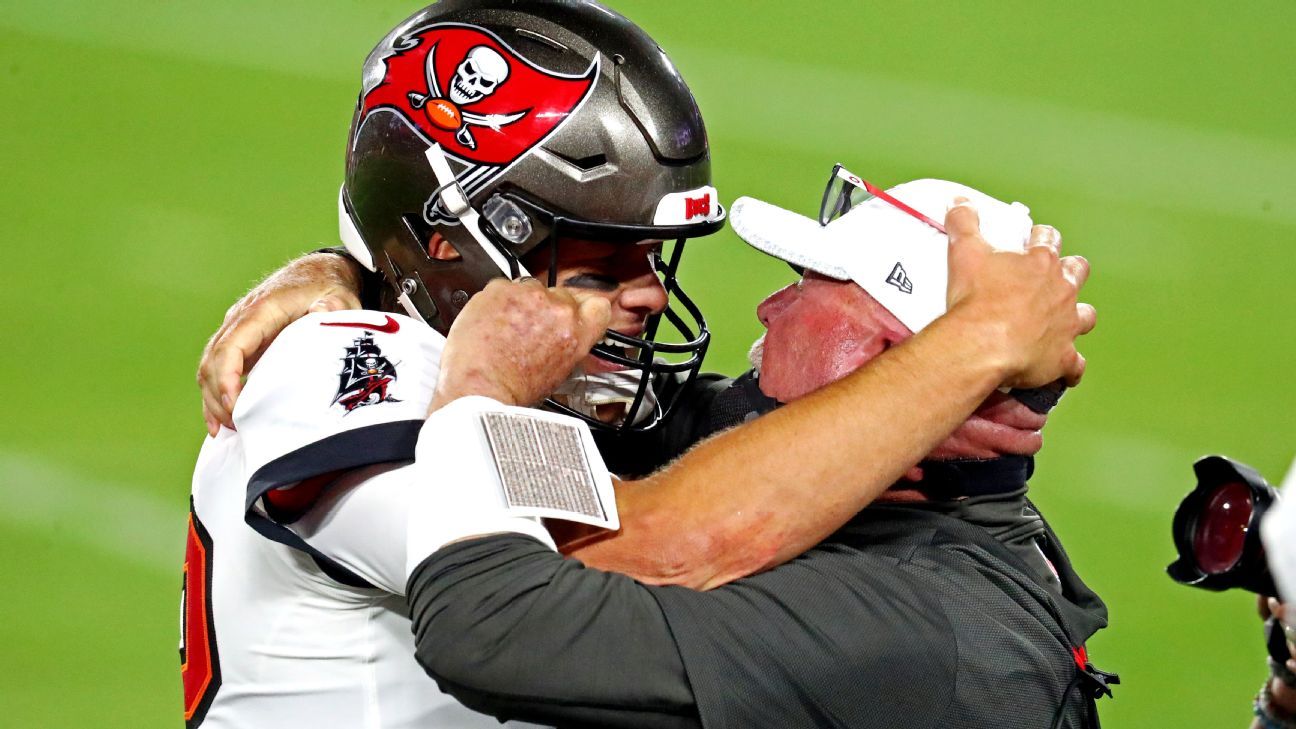 It will mark the first time the Bucs will play in the Kickoff Game, the season-opening contest that was introduced in 2002. The Bucs won Super Bowl XXXVII, but then opened the following season on Monday Night Football, defeating the Philadelphia Eagles at Lincoln Financial Field in 2003.

Since 2004, 16 defending Super Bowl champions have played in the NFL season opener, and those teams have gone 13-3.

Tom Brady and Cowboys quarterback Dak Prescott will face off for just the second time in their careers, with their first matchup having been in 2019 when Brady was still with the Patriots (New England won 13-9).

Despite no offseason, a truncated training camp and no preseason, Brady and the Bucs averaged 30.19 points per game in 2020 — second-most in the NFL behind only the Green Bay Packers. The Cowboys allowed a franchise-worst 473 points in 2020, with former Atlanta Falcons head coach Dan Quinn taking over defensive play-calling in 2021 and orchestrating a major defensive overhaul.

Six of the 13 players who started or played more than 40% of the Cowboys’ defensive snaps in 2020 have retired or are no longer with the team, while the Bucs return all 22 starters on offense and defense from their Super Bowl LV win.

Last year, the Kansas City Chiefs defeated the Houston Texans 34-20 in the NFL Kickoff Game at Arrowhead Stadium. They ended up going 14-2 in the regular season before losing to the Bucs 31-9 in Super Bowl LV.

Since the kickoff game was introduced, quarterback Brady has gone 3-1 in the Thursday night opener, with wins in 2004, ’05 and ’15 while with the Patriots. His lone loss came against the Chiefs at Gillette Stadium in 2017, losing 42-27. Brady also has the most starts (4) and wins (3) in the kickoff game of any quarterback since the NFL started playing such games in 2002.

Brady is 10-1 all time when opening the season at home but this will mark his first time doing so as a Buccaneer. The 2017 loss to the Chiefs was his only defeat at home in Week 1.

The NFL will announce schedules for all 32 teams at 8 p.m. ET Wednesday. The 2021 NFL season will mark the first time each team will play 17 regular-season games.