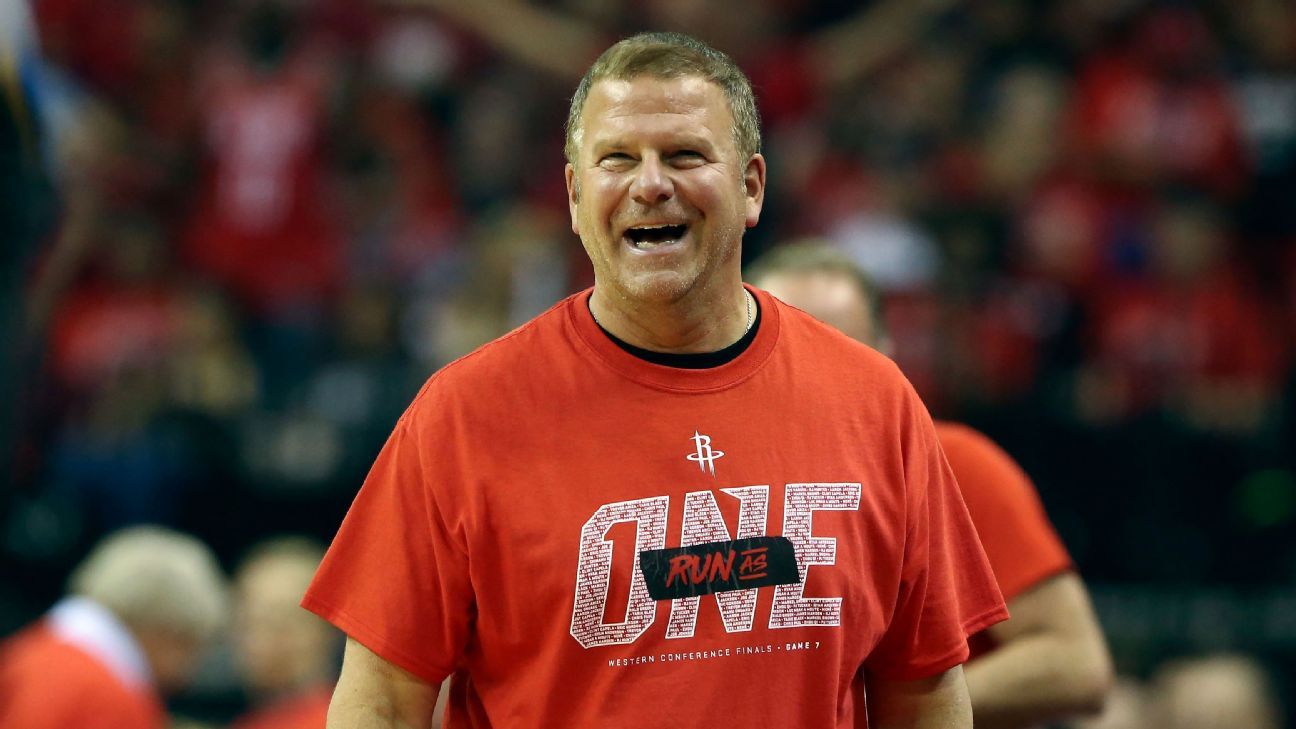 As his team wraps up the regular season with the NBA’s worst record, Houston Rockets owner Tilman Fertitta emphasized his excitement about the franchise’s future, declaring confidence in the leadership the team has in place after a year of extreme turnover.

“I never thought I could feel this good after winning only 16 games,” Fertitta told ESPN, specifically citing the emergence of a young core in Houston and his faith in Rockets rookie head coach Stephen Silas and first-year general manager Rafael Stone.

“I never thought I could feel this good when I’ve been so upset about losing. But when I look at all the draft picks that we have and the future, I’m just happy. I know it’s unusual to feel this good with your coach and your general manager, but I do.”

After eight consecutive playoff appearances, the Rockets are assured of finishing the season at the bottom of the league, going into Wednesday’s game with a 16-53 record, four wins behind the second-worst team with three games remaining on the schedule.

The Rockets began a rebuilding phase by granting the trade request of franchise cornerstone James Harden, sending the perennial All-NBA guard to his preferred destination of the Brooklyn Nets for a packaged headlined by a historic haul of future first-round picks. That deal came on the heels of the departure of head coach Mike D’Antoni following the expiration of his contract at the end of last season, the offseason resignation of longtime general manager Daryl Morey and the trade of disgruntled star guard Russell Westbrook after his only season with the Rockets.

Houston hoped to be competitive this season even after trading Harden, winning seven of eight games in the wake of the deal to go a game above .500 in early February. However, the Rockets have gone 5-43 since then as their roster has been ravaged by injuries, with starting guards John Wall (knee, hamstring) and Eric Gordon (groin) sitting out much of the season. A franchise-record 20-game losing streak started immediately after starting center Christian Wood, the Rockets’ leading scorer and rebounder, suffered a sprained ankle that sidelined him for most of the skid.

Fertitta and the Rockets’ front office have been steadfast in their support and belief in Silas, who toiled for two decades as an NBA assistant before Houston hired him in October, and are especially encouraged by the development of young core players such as Wood, guard Kevin Porter Jr. and forwards Jae’Sean Tate and Kenyon Martin Jr.

“Silas has just shown a great ability to develop these guys, and he’s had thrown at him something that’s unprecedented: To have 29 guys play for a team – and play real minutes,” Fertitta said, citing the NBA-record number of players to appear in games for the Rockets this season. “All these injuries happened this year. This will never happen again. It’s hard to believe we were 11-10 and then all the injuries started.

“I think he’s handled it unbelievably. It was hard on everybody.”

Fertitta credits Stone, a longtime Rockets front office employee who was promoted after Morey’s departure, for acquiring a young core to build around and a bundle of first-round picks as the Rockets transitioned from a perennial contender into a rebuilding team.

Wood, 25, averaged 21.0 points and 9.6 rebounds in the first season of his three-year, $41 million contract. Porter, 20, acquired for a top-55-protected second-round pick after the Cleveland Cavaliers opted to move on from him due to off-court issues, has averaged 16.6 points and 6.3 assists per game, highlighted by a 50-point, 11-assist performance in an April 29 win over the Milwaukee Bucks. Tate, 25, who was signed as an undrafted free agent after playing overseas, is an All-Rookie candidate. Martin, 20, the No. 52 pick in the draft, has increasingly displayed potential, averaging 20.0 points and 8.5 rebounds per game in May.

Stone has made accumulating first-round picks a priority, collecting a total of seven first-round picks plus some swap rights while trading away most of last season’s starting lineup (Harden, Westbrook, Robert Covington and P.J. Tucker). Most of the return from the Harden trade is timed to convey after the prime of the Nets’ star trio ends, with Brooklyn owing the Rockets first-round picks in 2024 and 2026 and swap rights in 2025 and 2027.

“It could be 2027 that we get a top-five pick that ends up being the next greatest player,” Fertitta said. “We don’t know, but my people have shown all they’ve done so far is made the right decision, and I’m proud of all of them. I’m proud of the basketball ops people and I’m proud of Silas, because they keep showing me they’re doing the right things.”

Fertitta does not have a firm timetable in mind for the Rockets’ return to the playoffs. Their trajectory is difficult to project in part due to the draft compensation owed to the Oklahoma City Thunder from the Westbrook trade, when the Rockets gave up Chris Paul, 2024 and 2026 first-round picks and swap rights this year and in 2025. The first-round picks and this year’s swap rights are top-four protected.

Houston will have a 52.1% chance of landing in the top four of the lottery this year. If they don’t, the Thunder will get the fifth pick and send the Miami Heat’s pick to Houston to fulfill the swap. The Rockets will also have first-round picks from Portland and Milwaukee this year.

“I can tell you this: I’m going to be patient,” Fertitta said. “I know my basketball guys know what they’re doing. We’re not going to go do something stupid to try to get into the playoffs next year that then will prevent us from competing for a championship in a couple years. I’m the lucky person that gets to be the steward of the team for the city of Houston and the millions of people that live here, and my goal is to compete for a championship as many years as possible.