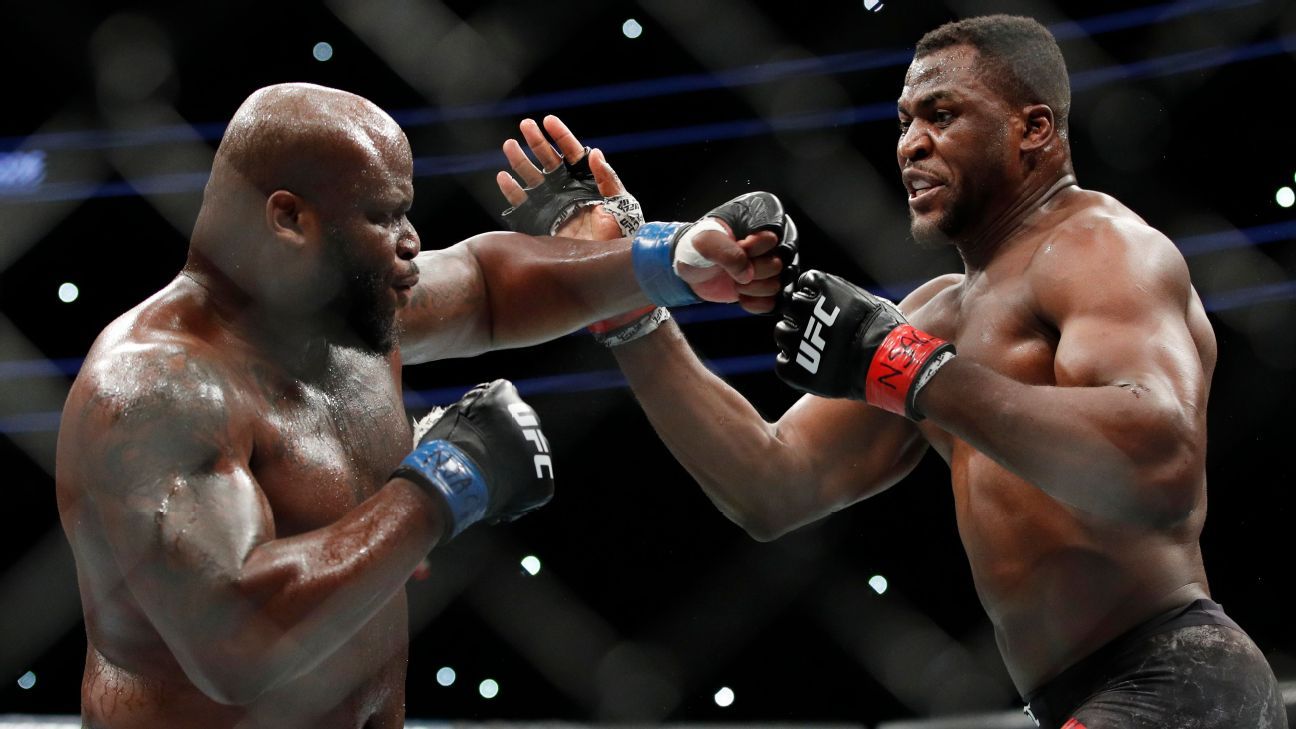 UFC president Dana White reiterated Monday that the fight people should be anticipating next for heavyweight champion Francis Ngannou is against Derrick Lewis, not Jon Jones.

Over the last two months, White has made several comments indicating Lewis (25-7) was likely to challenge for the heavyweight title next. Ngannou (16-3), who won the title by knocking out Stipe Miocic in March, is expected to seek his first title defense later this year.

Jones and the UFC have been engaged in a public negotiation battle over social media since Ngannou won the belt, and while the two sides appear far apart, there’s always a chance a deal can get done.

The UFC heads back on the road for another full capacity crowd at UFC 262 at the Toyota Center in Houston. The evening will focus on the future of the lightweight division as Charles Oliveira and Michael Chandler fight for the UFC lightweight title vacated by Khabib Nurmagomedov.

“I haven’t [spoken to Jones], but [chief business officer] Hunter Campbell has a great relationship with Jon, and I know those two have been talking,” White said. “Listen, Jon is one of the best ever. If he wants to fight, we’ll get a fight together for him, but he’s got to want to do it.”

White did not have a timeframe on Ngannou’s first title defense. The UFC looked into booking Ngannou-Lewis — a rematch of a three-rounder from 2018 (won via decision by Lewis) — in June, but Ngannou took time to take his UFC title home to his native Cameroon.

Jones (26-1), the UFC’s former light heavyweight champion, has been outspoken on social media about wanting the fight against Ngannou, but also wanting to renegotiate his contract.

White even suggested one potential outcome could be Jones, 33, fighting the former champion Miocic, who has hinted on social media he intends to come back at age 38.

“[Miocic] is the heavyweight [Greatest of All Time],” White said. “The guy has put in the work and done all the things you need to be the heavyweight GOAT, so that’s a fact. And I don’t know. We’ll see what’s next. I like that he’s fired up and wants to fight again. Listen, we could do Jon and Stipe, too.”