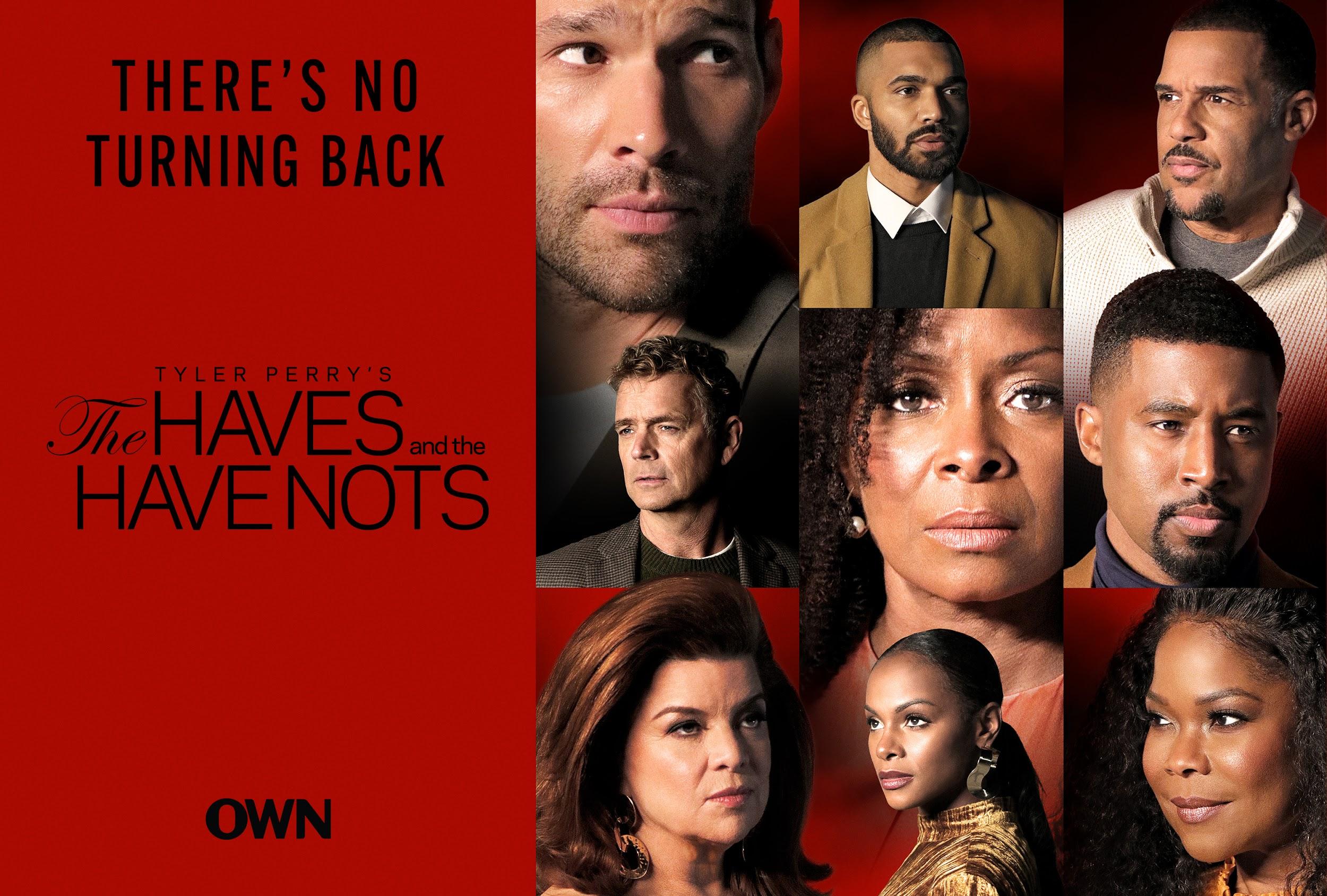 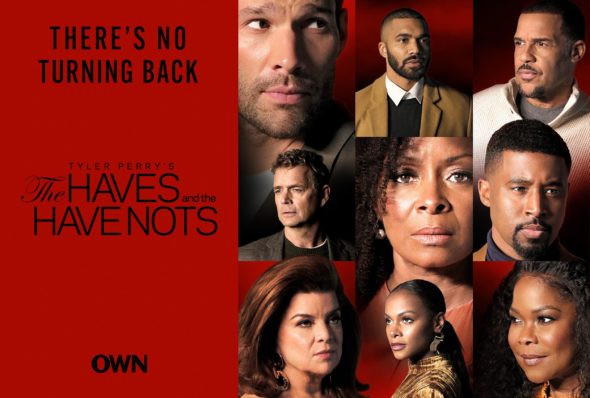 Today, OWN confirmed what we first reported back in November. Tyler Perry’s The Haves and the Have Nots TV series is ending with the current eighth season.

Tonight, OWN will air the eighth episode of the final season and the series will then go on hiatus until some time in May. The Haves and the Have Nots will conclude with 196 episodes so, that means that there will be eight remaining installments when the show returns.

Here’s the announcement from OWN:

New Episodes to Premiere in May

Los Angeles – After eight explosive years and 196 jaw-dropping episodes, OWN’s long running Tyler Perry drama “The Haves and the Have Nots” will be concluding at the end of its current eighth season returning with new episodes this May.

The network’s first scripted drama, which had its original series debut in May 2013, follows the complicated dynamic between the rich and powerful Cryer and Harrington families and the hired help who work for them in their opulent mansions. The series stars John Schneider, Tika Sumpter, Angela Robinson, Renee Lawless, Crystal Fox, Peter Parros, Tyler Lepley, Gavin Houston, Aaron O’Connell, Brett Davis and Brock Yurich.

Over the course of the series run, “The Haves and the Have Nots” averaged nearly 3 million viewers and always ranked among the Top 2 scripted cable series among African American women and total viewers during all seven seasons.

In the dramatic final eight episodes with a finale no one will see coming, the wealthy residents of Savannah, Georgia are involved in a true-to-life Greek tragedy as Judge Jim Cryer (John Schneider) and his rich friends find out what happens when personal flaws go unchecked. Karma has not been kind to the elite one percenters.

“’The Haves and the Have Nots’ was the first scripted drama we aired on OWN, and to say it took off from the first day it hit the air is an understatement,” said Oprah Winfrey. “It’s all due to one man’s creativity and very vivid imagination, a man I refer to as my ‘big little brother,’ Tyler Perry. I thank Tyler, the incredible cast, the tireless crew and every single viewer who watched with bated breath each week and tweeted along with us these past eight years. I will be watching alongside you all during this final season.”

“We are so grateful to Tyler Perry, the amazing cast and everyone at Tyler Perry Studios for eight incredible years of making ‘The Haves and the Have Nots’ one of the biggest hits on cable television of the last decade,” said Tina Perry, president, OWN. “The series will forever hold its place in history as the network’s first ever scripted drama for which we are so proud. We can’t wait for fans to see the juicy storylines Tyler has planned for the final episodes.”

About Tyler Perry Studios
Tyler Perry Studios is a state-of-the-art film and television production facility founded in 2006 by actor, producer, filmmaker, playwright and philanthropist Tyler Perry. Located in Atlanta, Georgia on the historic grounds of the former Fort McPherson army base, the new 330-acre campus is one of the largest production studios in the country. It boasts a variety of shooting locations including 40 buildings on the national register of historic places, 12 purpose-built sound stages, 200 acres of green space, and an expansive backlot.

About OWN: Oprah Winfrey Network
OWN: Oprah Winfrey Network is the first and only network named for, and inspired by, a single iconic leader. Oprah Winfrey’s heart and creative instincts inform the brand and the magnetism of the channel. OWN is a leading destination for a premium scripted and unscripted programming from today’s most innovative storytellers. OWN connects with its audience wherever they are, inspiring conversation among a global community of like-minded viewers on social media and beyond. Launched on January 1, 2011, OWN is a joint venture between Harpo, Inc. and Discovery, Inc. The venture also includes award-winning digital platform Oprah.com. Access OWN anytime on http://WatchOWN.tv or across mobile devices and connected TVs.

What do you think? Do you enjoy The Haves and the Have Nots TV show? Are you sorry that there won’t be a ninth season of this OWN series or, is it time for the show to end?