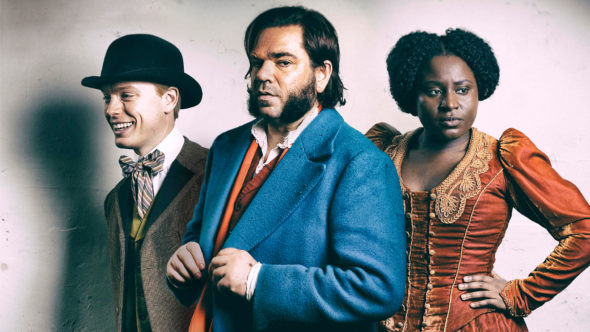 Year of the Rabbit will not be returning for season two on IFC after all. Channel 4 in the UK, which co-funds the comedy series, has backtracked on its second season renewal from last February due to COVID-19.

Matt Berry stars in this series as a detective solving crimes in Victorian London. Berry is joined by Freddie Fox and Susan Wokoma, who play his hapless assistant and the country’s first female police officer.

Fans of the series might still get to see a second season of the period comedy. Objective Media Group, which produces the show, is looking for a new UK partner to bring the series back to the small screen.

Layla Smith, from Objective Media Group, said the following about the series, per Deadline:

“Year Of The Rabbit is a victim of the devastating effects of Covid. IFC are very committed to the show, but we will need to find another partner — and we’re working on that.”

A statement from Channel 4 revealed more:

“We’re hugely proud of this hilarious and fearless comedy series, but as result of the impact of Covid on our schedules we have made the difficult decision not to enter into a second series with a heavy heart.”

What do you think? Did you watch Year of the Rabbit on IFC? Are you sad that the series has been cancelled (at least for now)?