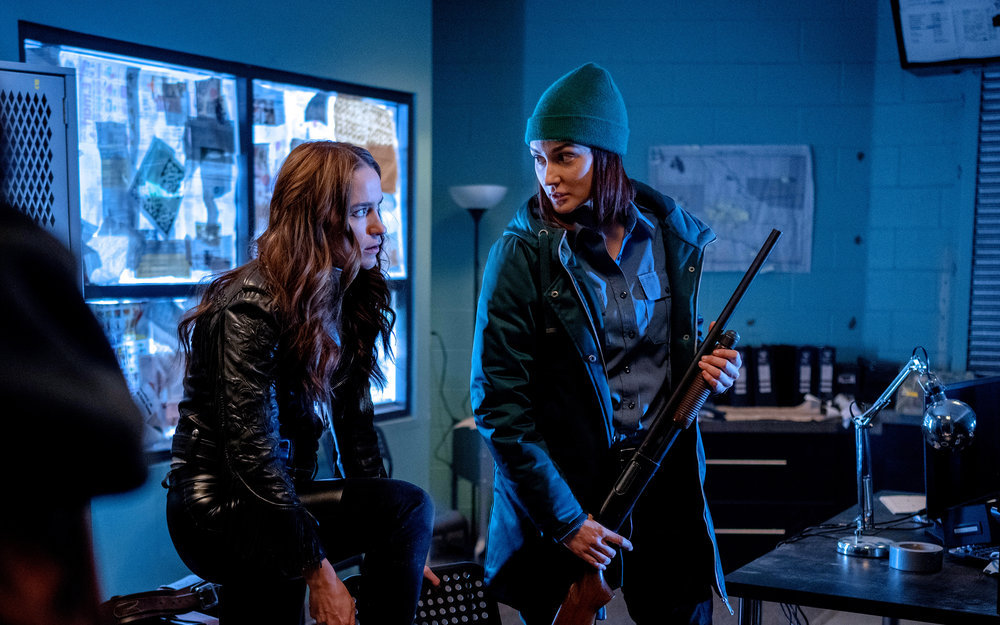 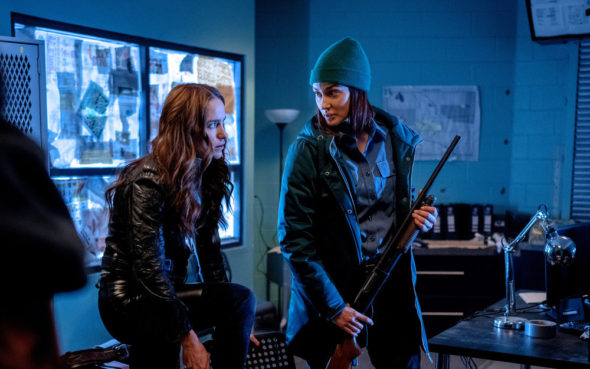 Wynonna and her team will return on Syfy — for a little while. The cable channel has cancelled the Wynonna Earp TV series so, there won’t be a fifth season. On the bright side, there are hopes of finding a new home for the series and Syfy will air the final six episodes of season four starting on March 5th.

Wynonna Earp stars Melanie Scrofano, Tim Rozon, Katherine Barrell, and Dominique Provost-Chalkley. Based on the Beau Smith comic series, the story centers on lawman Wyatt Earp’s demon-fighting great-great-granddaughter (Scrofano), who inherited his abilities, as well as his legendary gun. As a special agent of the US Marshals’ secret Black Badge Division, Wynonna works with her younger sister, Waverly (Provost-Chalkley), Agent Xavier Dolls (Shamier Anderson), and Doc Holliday (Rozon), to end to the Earp Curse, for good. In the fourth season, the infamous Earp Curse is broken, and Wynonna would love to be celebrating but instead has to rescue everyone she loves, save the town of Purgatory, and take on her most diabolical, Earp-hating enemy yet.

It had been reported that the series had been renewed for the fourth and fifth seasons back in 2018 but then, there was a problem securing funding for year four. Season four of Wynonna Earp was ultimately produced thanks to the sale of international rights and Syfy had been on-board for season five. However, due to reorganizations and reprioritizing at NBCUniversal and Syfy, co-producing a low-rated show with complicated streaming rights was no longer a good fit for the channel.

Regarding the show coming to an end, Frances Berwick, Chairman of NBCU’s Entertainment Networks, said, “Every once in a while a show comes along with a powerful message that resonates beyond all expectations with its fans, and for SYFY that show has been Wynonna Earp. We are so grateful to Emily Andras and her incredible team who brilliantly brought light to real issues around identity and sexuality throughout the series four-season run. From the very beginning, this show deeply connected with our viewers—reaching new fans every season, filling up Comic-Con theaters, securing write-in award nominations and even landing multiple fan-funded Times Square billboards. To our ‘Earpers,’ we are so proud to have shared such an incredible narrative with all of you. Thank you for your passion and thank you for taking this journey with us.”

According to THR, “Wynonna Earp producers will continue to look for a new home for the series. A production deal for season five hinges on finding a new distributor to air it. There are currently no plans to film a fifth season.” The fourth season finale will air on April 9th.

“I’d like to thank our wonderful cast and crew, all of whom were instrumental in bringing Wynonna Earp to our loyal and passionate audience,” said creator and showrunner Emily Andras. “We couldn’t be prouder of these last six episodes on Syfy, and are thrilled to share them with our beloved fans, who have changed our lives forever. I have been honored to tell Wynonna and her family’s story, and along with Seven24, Cineflix and CTV Sci-Fi, are hopeful we can continue to share their inspiring tales in the future.”

Here are some cast reactions to the cancellation:

I’m really proud of what we’ve accomplished over these four seasons and so excited to get to watch the second half of season 4 together. There will be tears but there will also be laughs. And crop tops. And family ❤️

I’m so incredibly grateful for the opportunity to play the best damn Cowboy with the best damn cast & crew for the best damn fans ever. So much love. Thank you. I will never ask you to fight because you’ve already fought for so much already but I know you will anyway. ❤️ #E4L

I am SO damn PROUD of this show, this community, this family and the life-changing journey that has been 4 beautiful seasons of Wynonna Earp. We cannot wait to share the rest of season 4 with you!!! It’s filled with pure, top shelf magic ❤️ #E4L https://t.co/ebjbqi5tRE

Whatever happens, it’s been one helluva journey. Expect to laugh, cry and celebrate with us. Once an Earper, always an Earper. #WynonnaEarp https://t.co/X7CMURzBRd

What do you think? Do you like the Wynonna Earp TV show? Are you sorry that it’s been cancelled on Syfy? Would you watch season five elsewhere?