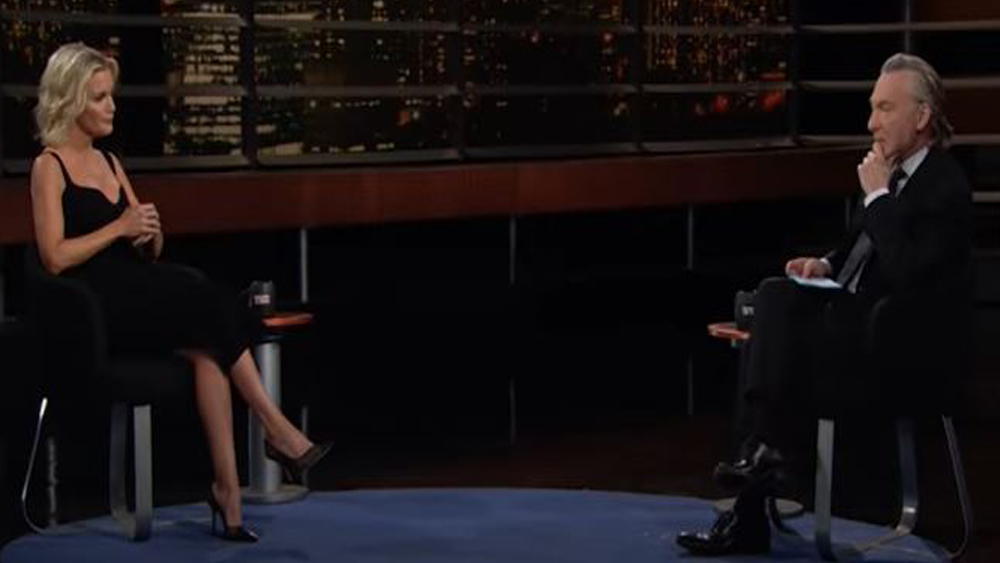 Bill Maher sat down with former Fox News and NBC News personality Megyn Kelly for the leadoff interview Friday on HBO’s Real Time, but their discussion didn’t focus on her former employers or her controversial past at all. Instead, they had a frank talk about race, social justice and 21st century “victimhood” in America, especially how it pertains to kids and their schools.

After a brief back-and-forth about the hard-right/hard-left state of cable news, Maher said he really wanted to have The Megyn Kelly Podcast host back to talk about why she and her husband took her kids out of their New York private schools. Their conversation touched on anti-racism and “social justice” efforts schools are making, and — saying he’s heard the same thing “anecdotally” from other parents — he asked Kelly about it.

She said she “loved their schools,” even though “they were definitely leftist,” but “then they went hard left” and “took a really hard turn toward social justice stuff.” Kelly talked about her 8-year-old boy’s school that “unleashed three-week experimental trans-education program. It wasn’t about support — we felt that it was more like they were trying to convince them.” And it “confused the kids.”

She also said her kindergartner “was told to write a letter to the Cleveland Indians objecting to their mascot.”

He then read from a letter from a school that said things like “there’s a killer cop sitting at every school where white children learn,” “I’m tired of white people reveling in their state-sanctioned depravity and snuffing out black life with no consequences” and “as black bodies drop like flies around us by white hands … .” Maher said, “It bothers me so much that I have to be on this side of this issue because I’ve always been a civil rights advocate. Don’t make me Tucker Carlson. You’re the f*cking nuts — this is insane.”

He added: “There [are] racist problems problems in this country, but this is hyperbole. And this is making people crazy. This is not the way we get to the Promised Land.”

Kelly agreed, saying, “It’s divisive, it’s racist, and it’s had exactly the opposite effect of the one they intend.” She added later, “Everybody gets divided into ‘oppressed’ or ‘oppressor’ on racial identity, on sexual identity. .. I mean, this is really damaging, and as you get older, what the studies show is these sort of implicit biased education efforts bring out racism. So if somebody’s having racist thoughts in the back of their head, it brings it to the frontal lobe, and more people act on their latent racism than they otherwise would have.”

After a few more examples of what they both perceived as overreach by schools — and some by students of color — Maher said to Kelly: “Again, I’m with you. Of course we should acknowledge that there is racism in this country, and we have a horrible, sorry history. We don’t have an exactly horrible, sorry present, certainly as much as it was in the past. That doesn’t mean there’s not work to do, and we should do it, but don’t gaslight me. … I feel like this is beyond race. I feel like it’s a generational thing where so many people want their identity wrapped up being a victim.”

Kelly replied: “That’s the push now, to lean into victimhood. And it’s not just a race thing, I see it in some of my fellow women … but we don’t have to lean into victimhood, even when we might be victims. Even if you are a real victim, which I’ve been in the past too, it isn’t psychologically helpful not helpful to lean into it. I always use the word ‘target.’ I was the target of certain men — that didn’t make me anybody’s victim. And the more you wallow in that mentality, the more you veer toward negativity and attract more of it in your life.”

Wrapping up their sit-down, Maher thanked his guest for coming on “and talking about this — not an easy subject, and I hope someday we don’t have to talk about it.”

You can watch most of their conversation above and Maher’s monologue below: