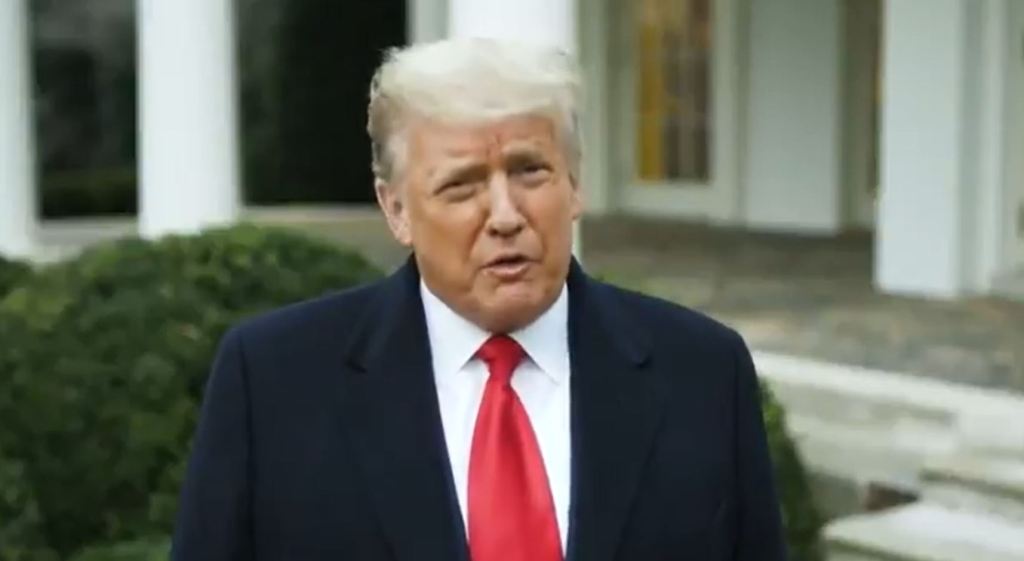 Donald Trump returned to the spotlight on Sunday with a speech before the Conservative Political Action Conference, but the news networks took different approaches to how they covered the event.

Fox News carried the speech live, but CNN and MSNBC did not.

The latter two networks covered the speech: CNN had Jim Acosta and Donie O’Sullivan in Orlando, while MSNBC stuck with Al Sharpton’s Politics Nation. Sharpton opened his show by blasting the speech, saying that it “proves just how content the Republican Party is to remain in darkness.”

On CNN, anchor Ana Cabrera went to Acosta, who ran clips of Trump’s opening remarks and then took issue with one, that “there has never been a journey more successful than the one we have been on.” Acosta noted that Trump lost the election.

Trump opened his speech by saying, “Hello CPAC. Do you miss me yet?” He teased the possibility of running in 2024 while again making the false claim that he won last year’s election. “Who knows, I might decide to beat them for a third time,” Trump said.

He did make some news, dismissing reports that he was mulling creating a third party. “I am not starting a new party. That is fake news,” he said.

Trump’s speech was a bit unusual in that former presidents typically wait a longer time before criticizing an incumbent. Banned from Twitter, Trump has been relatively silent since the inauguration, but has given interviews to Fox News following the death of Rush Limbaugh and after reports of Tiger Woods serious car crash.

His CPAC speech was a bit of an exercise in catching up, as he blasted Joe Biden’s administration, particularly for rolling back policies in areas such as immigration and the environment. He also went to some of his greatest hits — like attacks on the news media and “cancel culture” — and was concerned that Biden would get credit for the Covid-19 vaccine.

“Never let them take the credit. Joe Biden is only implementing the plan that we put in place,” he said.

The difference in approaches to Trump’s speech is not a huge surprise. Even when he was president, CNN and MSNBC scaled back on the number of live events they would carry amid concerns that Trump was being a given a platform to spread misinformation.