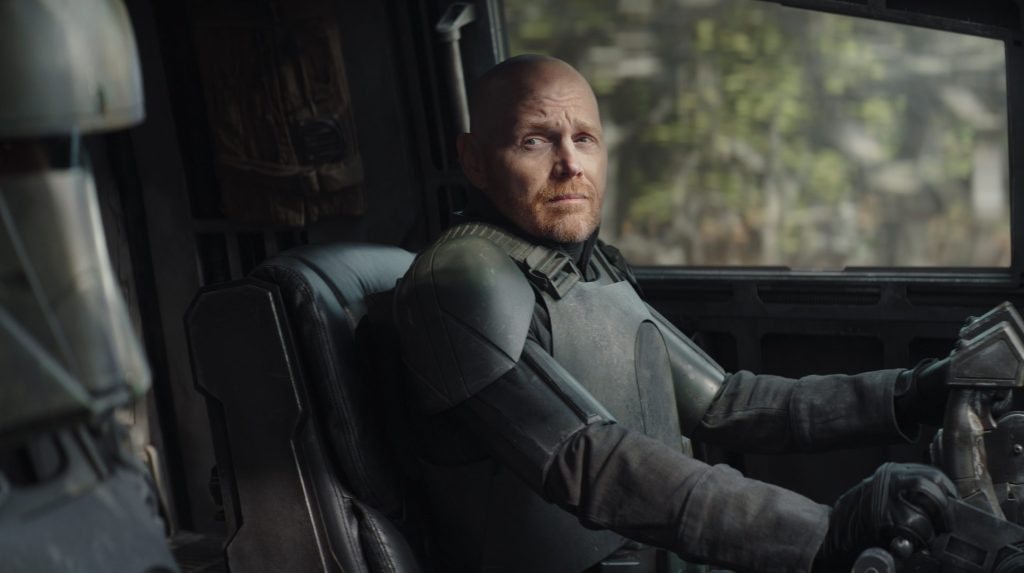 Stand-up comedian Bill Burr isn’t a fan of cancel culture, and he’s made that known before, most recently during his Saturday Night Live monologue in October.

On a recent episode of his The Bill Bert Podcast podcast with Bert Kreischer (watch it above), the subject of his Mandalorian co-star Gina Carano was brought up, and how she was fired by Disney over her social media statements comparing being conservative in Hollywood to being Jewish in Nazi Germany. On the Disney+ series, Burr plays a Migs Mayfield, a rogue bounty hunter.

“She was an absolute sweetheart. Super nice f*cking person. And you know, whatever, somehow someone will take this video and f*cking make me say something else and try to get rid of my bald action figure!” the Massachusetts native defended, referring to how Hasbro also canceled Carano’s Cara Dune action figure. The toymaker hasn’t made any Mayfield figures yet.

“How it is out there, it’s f*cking crazy time. There’s people waiting, just laying in the weeds,” Burr expounded on the current cancel culture, “Let’s show that he’s human, and he’s made a mistake in his past and take that dream away.”

Added guest Joe DeRosa: “I get what she was trying to say. Obviously, any comparison to anything with the Holocaust is a shoddy comparison, it’s a dumb thing do, I’m not disagreeing with any of that.

“However, how is it any different from all the people on the left when Trump got elected and they said, ‘He’s like Hitler.’ How is that any different?,” he added.

Burr’s SNL monologue was controversial, stirring up quite a reaction on social media as he took jabs at those who wear masks, Gay Pride Month and woke culture.

It’s not certain if Burr whether returning for Season 3 of Disney+’s The Mandalorian. Note, Lucasfilm is shooting The Book of Boba Fett currently for the fall with the third season of Mandalorian delayed.