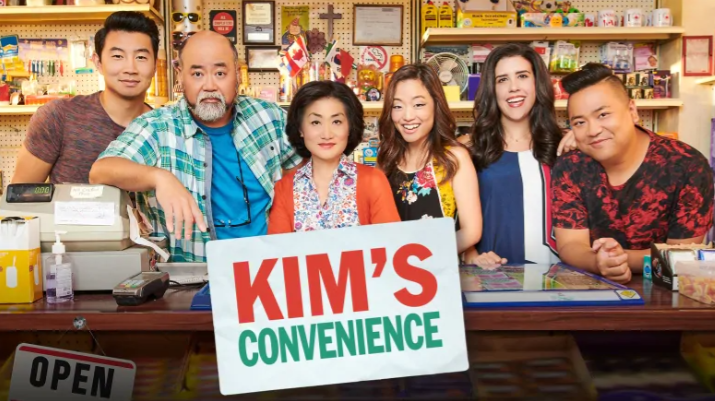 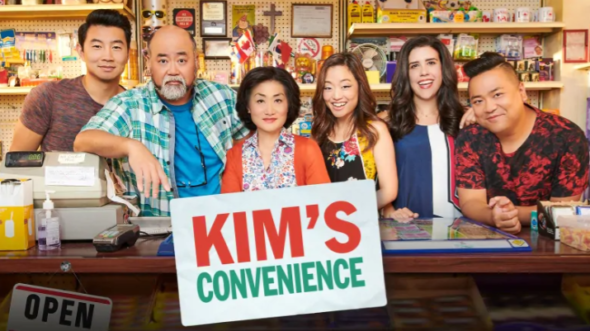 The family store is closing. Last year, the Kim’s Convenience sitcom was renewed for fifth and sixth seasons but it’s now been announced that those plans have been cancelled and the family comedy will end with season five. The show is produced in Canada by CBC and airs on Netflix in the United States.

Based on a play of the same name by Ins Choi, the Kim’s Convenience series stars Paul Sun-Hyung Lee, Jean Yoon, Andrea Bang, Simu Liu, Andrew Phung, and Nicole Power. The show revolves around the Korean-Canadian Kim family as they operate a convenience store in Toronto. The members of the family are parents “Appa” (Lee) and “Umma” (Yoon), daughter Janet (Bang), and son Jung (Liu). Other characters include Jung’s friend and co-worker Kimchee (Phung) and Jung’s manager and love interest, Shannon (Power).

The decision to prematurely end the series comes as the co-creators decided to move on to other projects. In a statement, the producers wrote,

“To our amazing fans: Authenticity of storytelling is at the center of the success of Kim’s Convenience. At the end of production on Season 5, our two co-creators confirmed they were moving onto other projects. Given their departure from the series, we have come to the difficult conclusion that we cannot deliver another season of the same heart and quality that has made the show so special.

Kim’s Convenience has meant so much to our cast, writers, crew, and audiences around the world. Despite the restrictions and complications of shooting during the pandemic, Season 5 is our finest season to date. It’s been a privilege and a very great pleasure to work with the Kim’s family of gifted writers and performers for the last five years. Thank you to our fans for the love and support you’ve given this show.”

Regarding the decision to end the show, Sally Catto, CBC’s general manager of entertainment, factual and sports, said that the show “has built a powerful and inspiring connection with audiences in Canada and around the world. While we are sad to say goodbye to this beloved and groundbreaking show, we are incredibly proud to have been part of its journey and understand the producers’ creative decision to wrap up the show at this time.”

Members of the cast expressed their disappointment that there won’t be a sixth season and their gratitude for having been part of the series:

We were the little show that could. Based on a fringe fest play that major theatres passed on. Ins Choi took this from an idea, to the stage, and w/ Kevin White to the TV screen. Few gave us a chance but we were a breakout hit. Thank you Ins and Kevin for your ideas and stories. pic.twitter.com/BhlYjPNPD1

Thank you to @cbc for believing in this story, trusting this cast, and properly allowing the team to develop this show. You championed us, promoted us, and you gave Canadians a show they could love and be proud of! pic.twitter.com/2LcC1oYwKb

I won’t dwell on it ending but will instead focus on how amazing this journey and the shows success has been. We were a hit show! We had success around the world. Schools study the play and watch the show in class. We won awards and this truly Canadian show allowed people… pic.twitter.com/8LoQQphvPG

I have no words for now. Only a profound sense of loss and sadness. Love you, brother. https://t.co/ARaXROozBo

Love you, son. I was always proud of you. https://t.co/Z0xxorbh5T

Season five is currently airing on CBC in Canada and is expected to air on Netflix after the finale airs in April.

What do you think? Do you enjoy the Kim’s Convenience TV series? Are you sorry to hear that plans for a sixth season have been canceled?