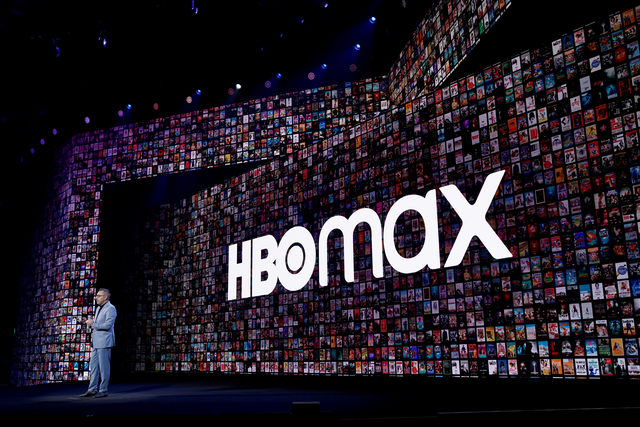 WarnerMedia chief Jason Kilar offered some fresh thoughts and a sprinkling of numbers about HBO Max’s progress and outlook, emphasizing the boost expected to come from the forthcoming ad-supported tier.

“We have worked hard to earn more of consumers’ precious time, and it’s working,” Kilar said. The service, which launched just prior to Kilar’s arrival as CEO of WarnerMedia last spring, is also reaching a “younger, more engaged audience” than linear HBO, he added. About 43% of HBO Max viewers under 35, compared with 15% on linear and daily view time on Max of 2.8 hours, compared with 1.5 hours.

The insights came during AT&T’s investor day, which featured Kilar, AT&T CEO John Stankey and other executives. The event differed notably from the razzle-dazzle of the company’s October 2019 investor day and other recent streaming events held by Disney and ViacomCBS, which included splashy programming news. During about an hour of pre-taped remarks and a live Q&A session with analysts that lasted a bit longer than that, the company covered wireless strategy, capital allocation and other topics.

The exec said HBO Max has about $80 million in advertising commitments for the ad-supported tier launching in June. He said sports will not appear on HBO Max in 2021, which contrasts with previous predictions from AT&T management. And by 2025, he expects the ratio of subscribers will be half in the U.S. and half elsewhere, a more international-heavy outlook than the expectations put forward in 2019.

HBO Max — described in an early graphic as “software-based entertainment” — was a central part of the event. Kilar said about $80 million in upfront advertising commitments have been made to the ad-supported tier of HBO Max launching in June.

“The economics of HBO Max’s growth are compelling,” Kilar said. “To use the U.S. as one example, we currently earn 90% in margin from each retail subscriber that we add.” Of the 41.5 million combined HBO and HBO Max subscribers by the end of 2020, a minority is pure retail, but Kilar said the share is growing. One big stimulus to retail subscriptions, Kilar said, was the controversial move (at least in Hollywood talent and movie theater circles) to release Warner Bros’ 2021 slate on HBO Max at the same time as theaters.

AT&T has long indicated its hope that the AVOD rollout will be a key growth driver. Prior to the investor day, the company boosted its subscriber forecast for the streaming service to 120 million to 150 million by 2025, a big step-up from initial projections.

“The main difference will be with the theatrical premieres,” Kilar said of the new, lower-priced tier. Only those paying for the ad-free, top tier will continue to have access to day-and-date premieres of Warner Bros movies. “Everything else will be the same,” he said, reaffirming that HBO original series will not carry ads. Some AT&T executives had actively explored putting ads on HBO, to the angst of many inside the network, after the close of the Time Warner deal in 2018.

As to content spending, which came in at $2.4 billion last year, Kilar said it will continue to grow, but he didn’t offer any forecasts.

The company expects the streaming service to not only become one of the small handful of winning outlets in the coming years, but also to generate significant revenue. AT&T projects HBO revenue will hit $15 billion, up from $6.8 billion in 2020. Reflecting trends since launch, Kilar said, the majority of that $15 billion will come from streaming, not traditional linear carriage of HBO. The revenue per user of HBO Max thus far, which is not a complete surprise given its $15-a-month, top-of-market price point, continues to be a big talking point for AT&T.

“If you’re going to proudly and confidently invest in content for decades to come, you have to have a very strong business model and revenue is a very important part of that,” Kilar said.

Asked to break down the mix of subscribers by 2025, Kilar said he expects half of the subscriber base to be in the U.S. and the other half international. As to the ratio of ad-free to AVOD, he said it’s “too early to tell.” Citing his experience as the founding CEO of Hulu, which was purely ad-based when it launched in 2007, Kilar said the revenue gap between HBO Max subscription tiers would be more than made up by add dollars. He declined to say whether the lower tier would be priced above or below $10 a month.

Several new players in streaming are investing in the ad-supported arena. Free or low-cost AVOD services have been launched by NBCUniversal and Discovery in recent months, and ads are a key component of Paramount+, the rebrand of CBS All Access.

Contradicting a previous promise by AT&T management that live sports would be an early component of HBO Max’s ad-supported tier, Kilar said no sports will come to the service in 2021. The WarnerMedia chief also offered a vigorous endorsement of the traditional pay-TV bundle, even though it’s shrinking. He said the Turner networks specifically will remain distributed through MVPDs and other partners and won’t be folded into HBO Max, at least not anytime soon.

While shares of AT&T initially perked up more than 3% on the elevated subscriber forecast, they have drifted down over the course of the trading day. Stankey, asked about the lack of investor enthusiasm for AT&T stock at a time when traditional media stocks have boomed, admitted he is uneasy about it. “I wake up every day thinking about it,” he said.