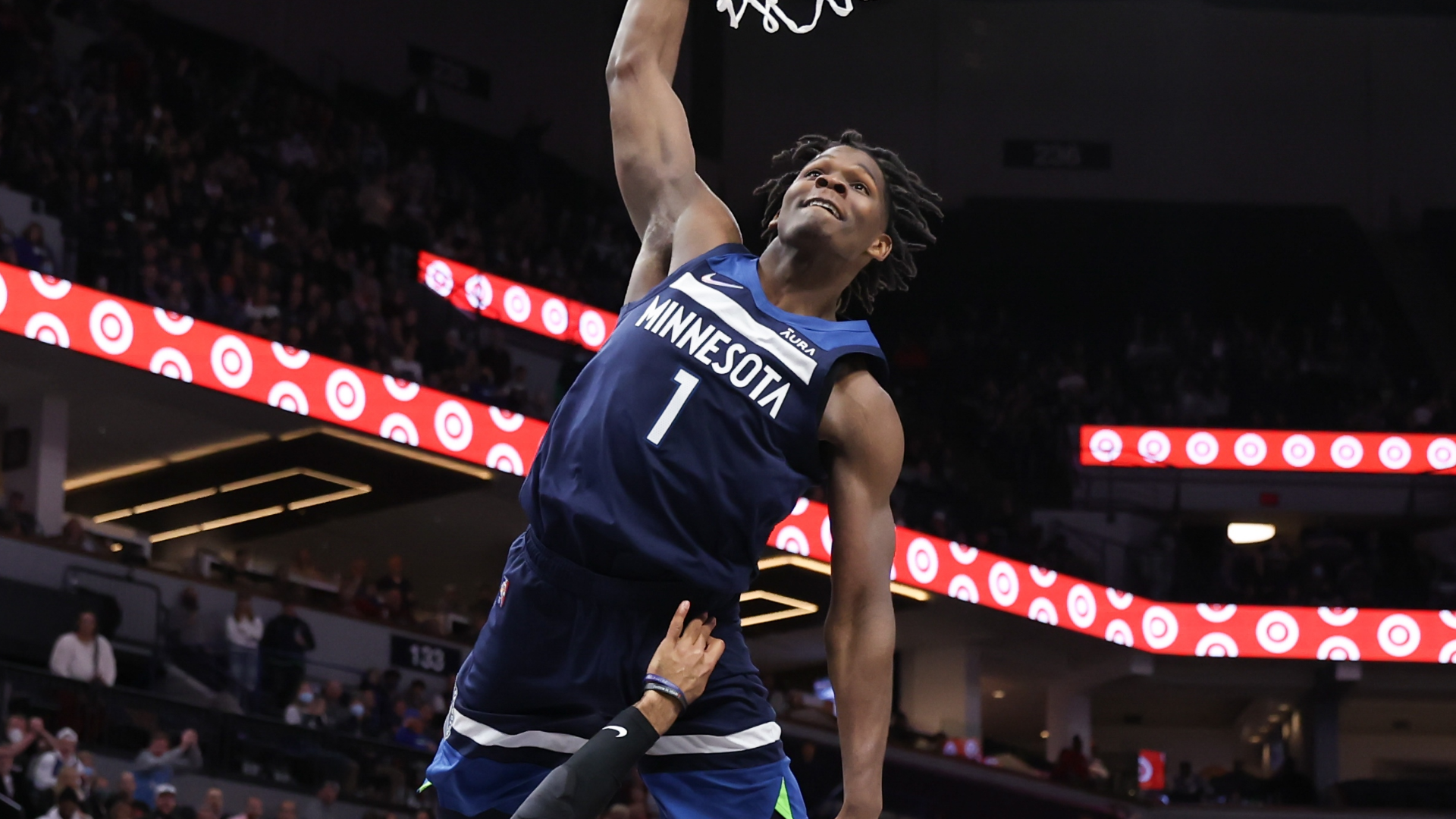 In the Minnesota Timberwolves 113-101 victory over the Miami Heat, Anthony Edwards submitted yet another candidate for ‘Dunk of the Year’, adding to his list of top plays from the 2021-22 season.

The No.1 overall pick in the 2020 NBA Draft got the extension and the elevation before throwing it down over Gabe Vincent’s valiant charge attempt.

The dunk was part of Edwards’ game-high 33 points as he stuffed the stat sheet with 14 rebounds, six assists and three steals on 6-of-15 shooting from beyond the arc.

During his rookie season, where he averaged 19.3 points, 4.7 rebounds and 2.9 assists which helped him finish second in the Rookie of the Year voting, Edwards provided us with plenty of highlights last season and possibly even the Dunk of the Year

While he is enthralling to watch, the 20-year-old has clearly made strides this season and improved across other facets of the game.

In just the first four weeks of the season, he’s already erupted for his career-high points tally of 48 against the Warriors and showed off his hoops on the defensive end with this block .

Anthony Edwards’ top 5 plays of the season so far

1. We just talked about this one!

2. Take a look at the hang time on this recent dunk

3. His active hands gets him the steal off of Curry, then he finishes off the alley-oop in transition

4. Like I said, it’s not just the dunks anymore. Edwards handles are making the highlights packages too this season.

Surely, there are more to come so stay tuned to this page for the latest highlight-reel-worthy Edwards plays.