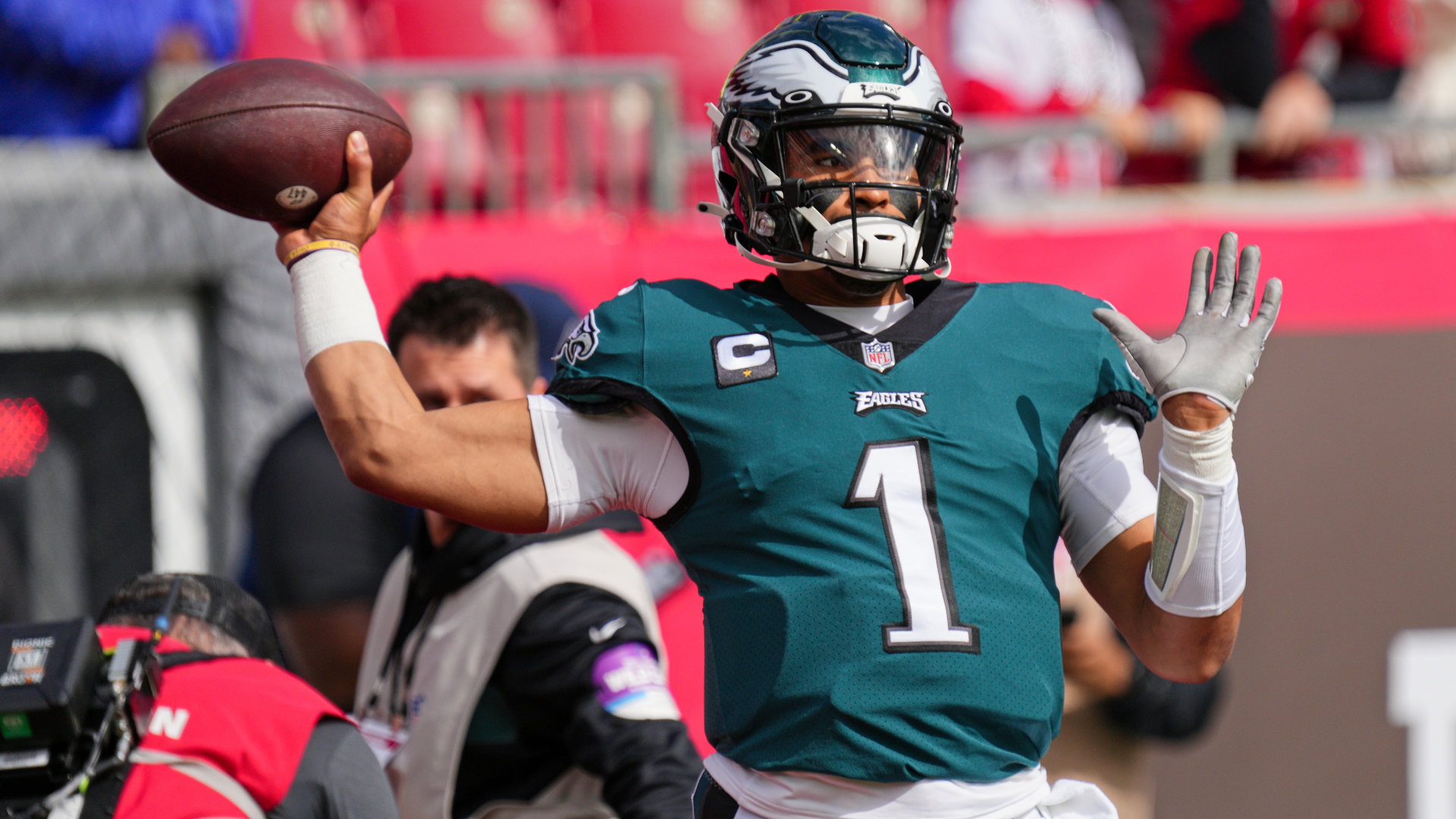 After years of relying on Carson Wentz as a passer, the Eagles reestablished their identify in 2022 as one of the league’s premiere rushing teams thanks to — of all people, quarterback Jalen Hurts.

Hurts, who was drafted by the Eagles 53rd overall in 2021, made his dual-threat prowess known during his time at Alabama and Oklahoma. A former Heisman Trophy finalist, Hurts rushed 1,298 yards and 20 touchdowns during his final season with the Sooners on top of the 3,851 yards and 32 touchdowns he amassed.

So there was clearly some indication as to how Hurts might be used, or at least how productive he might be, at the NFL level once he got to Philadelphia. But, he started just four games and completed just 52 percent of his passes, throwing for six touchdowns and four picks.

This season was Hurts’ first real season starting in any significant capacity, and his numbers improved across the board. He completed 61.3 percent of his passes while throwing 16 touchdowns and nine interceptions to go along with 784 rushing yards and 10 touchdowns on the ground as the team’s leading rusher.

It’s because of that improvement — even if the numbers weren’t what fans or others hoped for — that Eagles’ GM Howie Roseman committed to Hurts as the team’s starter in 2022 on Wednesday.

“I’m tremendously impressed his work ethic and leadership,” Roseman said. “We wanted to see him take the bull by the horns, and he certainly did that.”

Hurts had some clunkers. He had two games with multiple picks, including one with three against the Giants. He also threw for under 200 yards eight times and for over 300 yards just twice. And while it’s easy to potentially pick out any one of those games and make it into a reason why Hurts underwhelmed or disappointed, his coach, Nick Sirianni said that’s unfair.

“You take into account the whole body of work. I’m pleased with the way he developed as a passer and as a quarterback. And we’ve seen so many things that he got better at. A lot of factors go into why Jalen got better as a passer, starting with Jalen first.”

The Eagles have three first round picks in this year’s NFL Draft and could look to add one of the elite wide receivers or an offensive lineman to further bolster Hurts’ protection or weapons and see him take an even bigger leap from Year 2 to Year 3 than he did from Year 1 to Year 2.