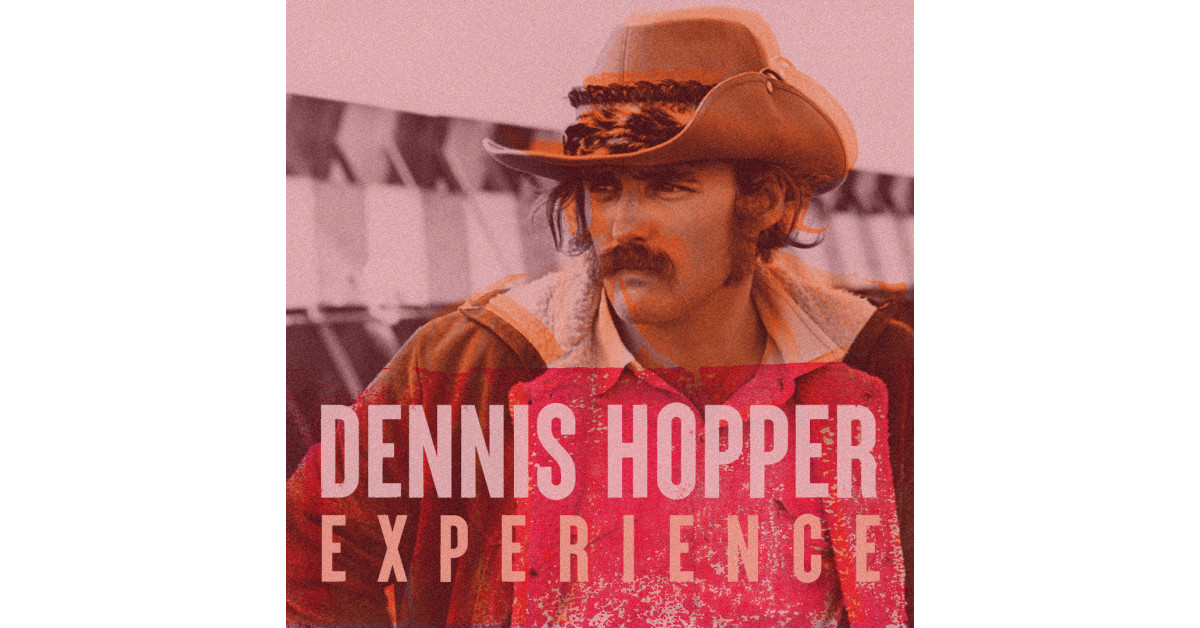 Today, Louder Than Pop announces a partnership with The Hopper Art Trust to launch “Dennis Hopper: Widescreen” – an immersive museum experience. Widescreen will explore pivotal themes and periods in Hopper’s life and career with a focus on his artistic work, its execution, and the ultimate impact it had on Hopper’s life and the public.

Louder Than Pop, LLC is an arts and entertainment company based in Los Angeles that partners with established IP/legacy icons with a cross-generational appeal to create multidimensional traveling pop-up immersive experiences in major cities around the world.

We are honored to announce our partnership with The Hopper Art Trust to produce and tour an immersive museum experience around the life and work of Dennis Hopper. Widescreen will allow visitors to discover the multifaceted and talented man, Dennis Hopper, the: Actor, Director, Writer, Photographer, Artist, Art Collector, Disruptor, Legend,” said Pierre Vudrag, Chief Executive Officer of Louder Than Pop.

Visitors experience the collection through the eyes of Dennis Hopper, whose own words and insights, curated from written and recorded interviews, serve as a visual and audible guide throughout the exhibit. The exhibit includes an unprecedented collection of Hopper’s never-before-seen personal items discovered at his Taos, New Mexico properties: the El Cortez Theater and items that are part of The Hopper Art Trust, showcasing a broad range of Hopper’s artistic work and personal items. These include hundreds of writings, artwork, photographs, awards, film props, wardrobe, unreleased film reels, and more. It will also include private letters to Dennis Hopper from artists including John Lennon, Miles Davis, Peter Fonda, and more.

Attendees will be transported into the world of Widescreen, with a 30,000 sq. foot space, experiential designs, full-scale physical sets, 3D projection mapping, state of the art sound and lighting, Ambi-Sonic guided headphone tour with a killer soundtrack, and plenty of videos and still footage, and other cutting edge technology surprises.

The exhibit will highlight Hopper’s work as an actor and filmmaker including some of his lesser-known and most iconic films including Rebel Without a Cause, Easy Rider, Apocalypse Now, The Last Movie, Blue Velvet, and more. Hopper was also a world-renowned photographer whose most notable works include the cover photo for Ike and Tina Turner’s River Deep – Mountain High and the 1965 civil rights march in Selma, Alabama. As an artist, Hopper’s paintings, collage works, and photography were shown in galleries and museums throughout the world including the Corcoran Gallery of Art, Walker Art Center, the Whitney, and Cinematheque Francaise. He was also a sought-after writer - Vogue and other publications recognized Dennis as a hip, young influencer and hired him to write articles about the new generation, the art scene, Hollywood, and other topics. In Widescreen, the audience gets to know the full scope of Hopper’s impressive career and lasting legacy.

“We could not be more elated to partner with Louder Than Pop to bring the iconic career of visionary Dennis Hopper to life for his fans and the next generation of filmmakers, artists, and writers. We look forward to the opportunity to experience the full scope of his work in a way that has yet been seen thanks to the advances in immersive technology,” said Marin Hopper, The Hopper Art Trust.

The exhibit is set for an eight-city tour starting in Los Angeles in 2023 and including New York, Chicago, San Francisco, Dallas, London, and Paris to start. Tickets will be available on pre-sale starting in 2022 at www.louderthanpop.com.

About Louder Than Pop:
Louder Than Pop, LLC is an arts and entertainment company based in Los Angeles that partners with established IP/legacy icons with a cross-generational appeal to create multidimensional traveling pop-up immersive experiences in major cities around the world. Louder Than Pop uses technology to provide once-in-a-lifetime experiences to partners & fans and produces each experience from start to finish from design and fabrication, installation to sales, marketing, and global tour operations. For more information, visit https://www.louderthanpop.com/

About The Hopper Art Trust (HAT):
The Hopper Art Trust is committed to the preservation of the artistic career and legacy of the late iconic visionary Dennis Hopper. Hopper was a renowned actor/director and artist who experimented in all mediums including photography, video and film, painting, performance, and sculpture. HAT is responsible for maintaining and operating a functional archive that serves as a resource for multi-faceted engagements in the public realm. HAT also facilitates dynamic collaborations with international curators, museums, galleries, and publications whose mission it is to highlight and emphasize Hopper’s works as not only aesthetic objects of value but also historical artifacts that chronicle the past half-century of American history in art and film. The Hopper Art Trust was established by the Dennis Hopper Estate in 2010 and is based in Los Angeles, California.

‘The Sporting News 7’ podcast: Celtics hope Marcus Smart is in for Game 1, Deshaun Watson to meet with NFL, Chelsea sale deal in jeopardy?
Watch The Blacklist Online: Season 9 Episode 21
Kylie Jenner Wears a Formfitting Silver Gown With Travis Scott at the BBMAs
For All Mankind Blasts Off Into The 1990s in Thrilling Season 3 Trailer
Macy’s Is Now Carrying a Collection Made Specifically For Black Sororities