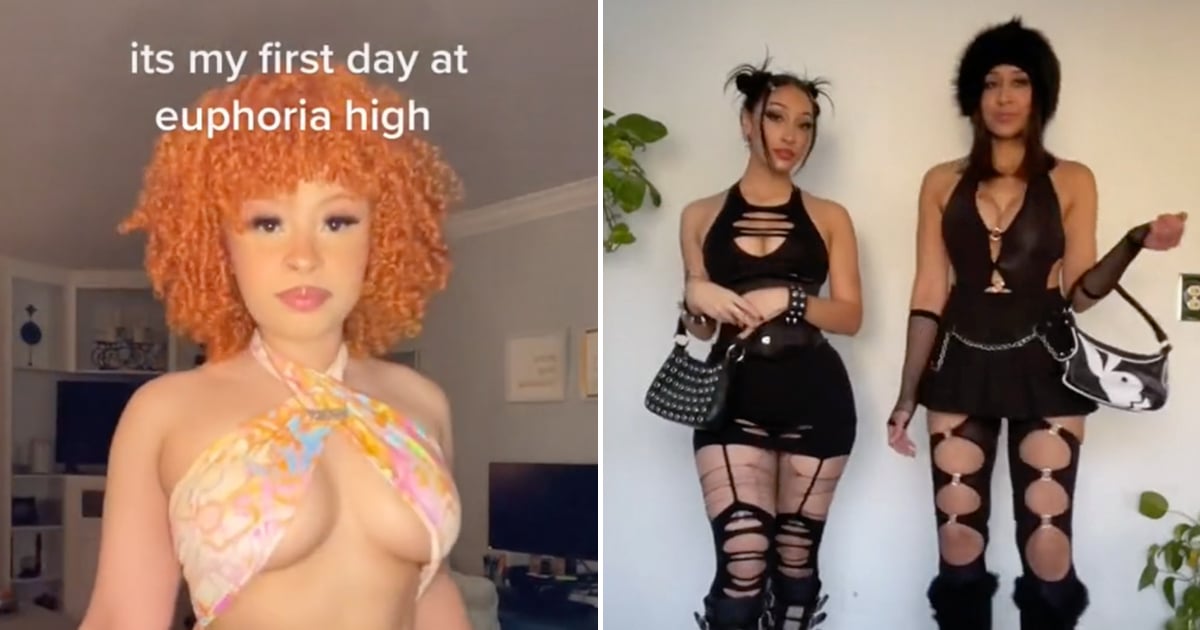 Euphoria‘s East Highland High School enrolled a whole new crop of students this month — on TikTok, that is. Following the HBO show’s season two premiere, fans are suiting up in outfits that poke fun at the fictional high school’s entirely nonexistent dress code, and it’s shaping up to be our favorite TikTok trend of 2022 to date. Most of the videos follow the same format: the creator comes on camera wearing something casual and unassuming, like sweatpants and a hoodie, just as we hear audio of Squidward from SpongeBob SquarePants yelling, “And why aren’t you in uniform?!” They then squeakily backpedal and return in a more appropriate getup — usually something risqué, cropped, and/or covered in cutouts.

While most of the inspired looks flooding TikTok are purposefully exaggerated, they’re not too far from what we’ve seen Maddy (Alexa Demie), Cassie (Sydney Sweeney), Kat (Barbie Ferreira), Jules (Hunter Schafer), and other characters wear on campus. Who remembers the skin-tight, liquid-leather skirt Kat rocks after her makeover in season one? Or the coordinating single-button crop tops Maddy and Cassie pair with their teeny-tiny purses in the season two premiere? They look readier for the club than for geometry class, and we’re not one bit mad about it.

Read ahead to admire the many fire outfits TikTokers pieced together before catching the bus to “Euphoria High School,” and if you want to get in on the trend yourself, micro bags that could fit nary a textbook are highly encouraged.