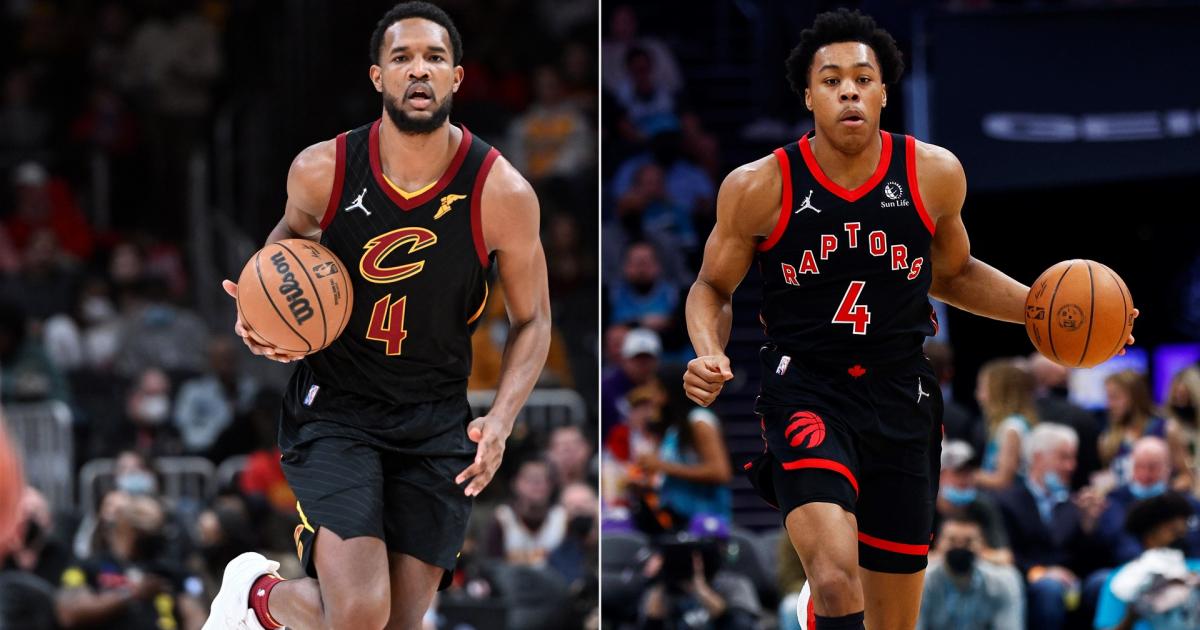 With just over a month remaining in the 2021-22 NBA season, the 2021 draft class is staking its claim to be one of the best in recent memory.

The array of talent among this year’s rookies was on full display at All-Star Weekend, where Cade Cunningham, Evan Mobley, Josh Giddey, Scottie Barnes and Jalen Green were among the players to make their marks in more than one way on the All-Star stage.

As the season winds down and the race to win Rookie of the Year intensifies, Barnes and Mobley are gearing up to play postseason basketball, often an anomaly for top-five picks.

With multiple end-of-season races heating up, we take stock in our latest Rookie of the Year ladder.

Mobley has emerged as the ROY frontrunner thanks in large part to his consistency, efficiency and impact that goes well beyond the stat sheet.

And that’s not to say his numbers aren’t impressive, either.

Mobley’s 14.7 points per game rank fifth among all rookies while his 8.1 rebounds and 1.6 blocks lead the rookie class. The 20-year-old has also displayed the ability to handle the ball, create for himself and others, and have an impact on winning.

With Cleveland on the path towards a top-six seed in the East, Mobley will soon showcase his game on the playoffs stage.

He might be a 20-year-old rookie, but more often than not, Barnes looks like a veteran on the floor.

Despite the fact that much has been asked of Barnes this season, he’s answered the call on many occasions. Offensively, his game is blossoming on a nightly basis and defensively, he won’t back down from any challenge.

Just when it seemed Mobley might be running away with the award, Barnes reminded us just how special he is with back-to-back impressive showings in two must-win games for the Raptors.

A hip injury will likely threaten his ability to make a late push for ROY, but Giddey has been breaking records and taking names.

The 19-year-old has an impeccable feel for the game, evidenced by his three consecutive triple-doubles leading into the All-Star break, including a 28-point, 12-assist, 11-rebound showing at Madison Square Garden.

Giddey plays at his own pace and makes winning plays as a scorer, passer and rebounder. That’s special.

That Cunningham lands at fourth says more about this draft class than it does about him.

Like with most rookie guards, the efficiency isn’t quite there yet, but it’s obvious why he was taken first overall last year. It won’t be long until he’s a perennial All-Star in the NBA.

Wagner has a case to be the most consistently impressive rookie this season, as he’s been a mainstay in our rookie ladders throughout the year.

The 20-year-old is second among all rookies with 15.7 points per game, and he’s also averaging 4.6 rebounds and 2.9 assists while shooting 36.6 percent from 3-point range.

Orlando got it right with Wagner and its future is taking shape with the amount of young talent in tow.

Injuries to Lonzo Ball and Alex Caruso thrust Dosunmu into a bigger role and he’s been ready for the spotlight, averaging 11.6 points, 6.4 assists and 4.2 rebounds since becoming a starter in mid-January.

An injury held Duarte out of All-Star Weekend festivities but his 13.3 points per game make him one of the top scorers of this year’s rookie class.

One simple phrase sums up Jones’ impact this season: #NotOnHerb.

Jones has become a fan favorite in New Orleans with his prowess on the defensive end and he’ll play a key role in the team’s postseason push.

The rich have apparently gotten richer as Kuminga looks to be the next star in The Bay. Since the beginning of February, Kuminga is averaging 14.6 points and 4.5 rebounds on 55.8 percent shooting.

While a thumb injury in December temporarily derailed the course of Suggs’ rookie campaign, he’s bounced back by showing why he was rated so highly as a prospect.