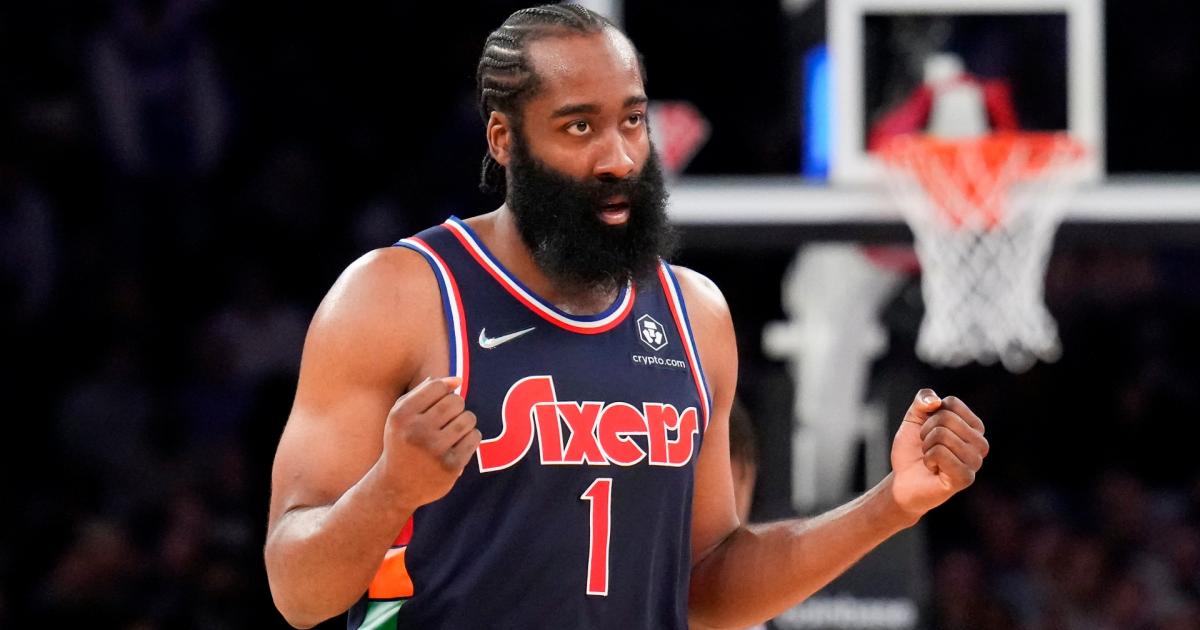 James Harden will be wearing a new uniform the rest of the season. Involved in the trade deadline’s biggest deal, the 10-time All-Star was traded from the Nets to the 76ers, teaming him up with MVP candidate Joel Embiid.

ONE PLAY: 76ers’ James Harden-Joel Embiid connection doesn’t have to be complicated to be unstoppable

The 76ers enter the final stretch of the regular season with a 39-23 record. They trail the first-place Heat in the Eastern Conference standings by 2.0 games.

Harden will be held out of Saturday’s contest against the Heat to rest his left hamstring.

Per the Sixers, James Harden is OUT for tonight’s game at Miami due to left hamstring injury recovery. Team says this is part of his scheduled management program. This is the second night of a back-to-back after last night’s home win over Cleveland.

Harden missed a total of eight games with a left hamstring ailment prior to the All-Star break. He has returned strong for the 76ers but will receive a rest day as part of his scheduled injury management program.

The 76ers are a perfect 4-0 with Harden in the lineup.

What channel is 76ers vs. Heat on?

76ers vs. Heat will be broadcasted regionally on NBC Sports in Philadelphia and Bally Sports Sun in Miami. Viewers in the United States can stream the game NBA League Pass and Sling TV, which offers a free three-day trial.

In Canada, the game can be viewed on NBA TV Canada

La La Anthony’s Go-To Summer Cocktail Recipe is Inspired by Her Puerto Rican Roots
Days of Our Lives Spoilers for the Week of 6-27-22: Hurricane Sami Causes Chaos
Should Nazem Kadri’s overtime goal have counted? Lightning lament NHL’s ‘judgment call’ after Avalanche had too many men on the ice
Live soccer today on TV, stream game schedule and time to watch and follow in USA and Canada
England vs. New Zealand score, highlights, analysis from 3rd Test as Overton eyes hundred