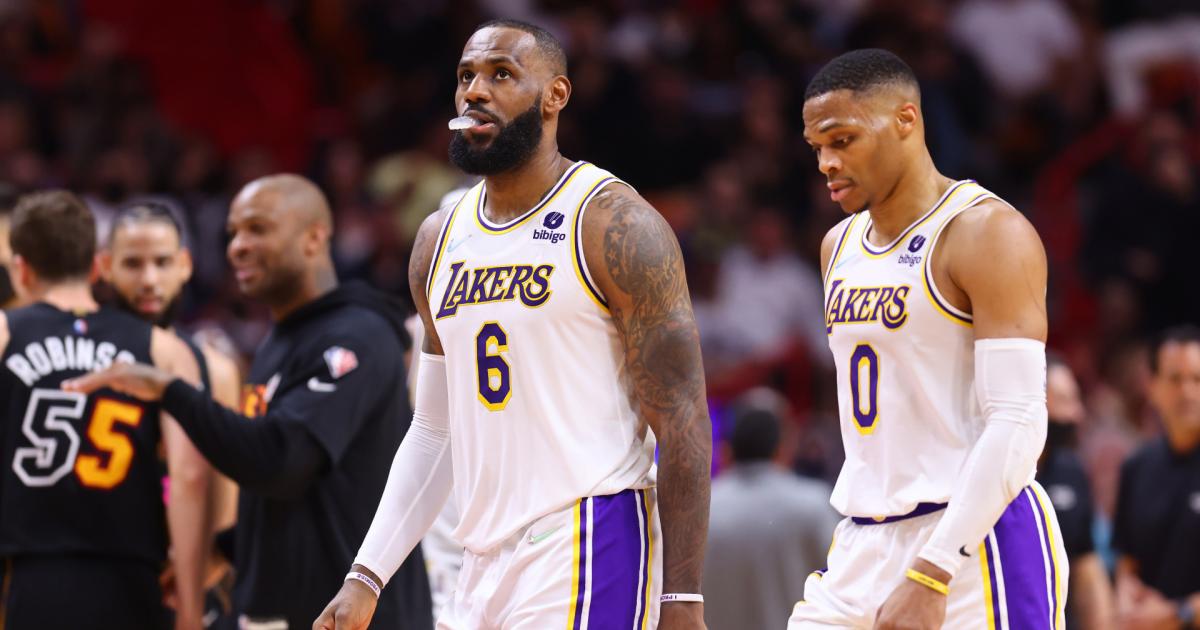 When the Lakers used multiple trade assets in order to acquire Russell Westbrook as part of an offseason deal with the Wizards, skeptics wondered if a “Big Three” of Westbrook, LeBron James and Anthony Davis could bring a championship to Los Angeles. When the front office later filled out the roster with past-their-prime veterans, those skeptics grew even louder.

But even the biggest Lakers doubters couldn’t have possibly seen this coming. Heading down the final stretch of the 2021-22 regular season, Los Angeles is fighting just to secure a spot in the Western Conference Play-In Tournament.

James-led teams are typically using March and April as ramp-up periods before the championship chase, but this Lakers group still hasn’t found a winning formula through 60-plus games. Could Los Angeles miss out on the NBA Playoffs and Play-In Tournament entirely?

What are the Lakers’ NBA Playoff and Play-In Tournament chances?

As of March 4, the Lakers have a seven percent chance of making the NBA Playoffs, according to FiveThirtyEight’s projections. That’s much lower than other possible Play-In Tournament teams such as the Timberwolves (90 percent), Clippers (74 percent) and Pelicans (25 percent).

They have a 65 percent chance of making the Western Conference Play-In Tournament, according to The Ringer’s Odds Machine. That model views the Spurs (46 percent) as the biggest challenger to take a spot from the Timberwolves, Clippers, Lakers or Pelicans.

The Lakers face the second-toughest remaining schedule of any NBA team, according to Tankathon. Only seven of their final 20 games will be played at home, and they have three-game and four-game road trips in March.

How does the NBA Play-In Tournament work?