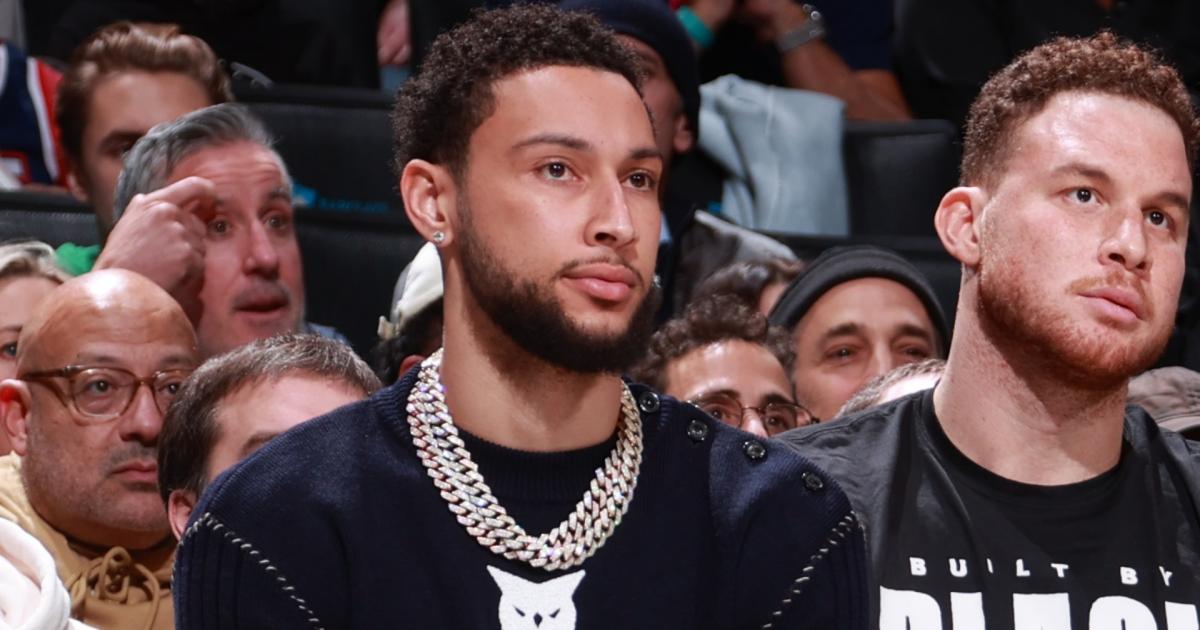 The Nets acquired Ben Simmons from the 76ers in a blockbuster trade on Feb. 10, but the three-time All-Star still hasn’t made his Brooklyn debut. And it doesn’t seem as though he will be coming off the bench any time soon.

On Tuesday, March 1,  ESPN’s Brian Windhorst reported Simmons is now considered “week-to-week” because of back soreness. Windhorst revealed the Nets initially had a plan in place to bring back both Simmons and Kevin Durant, who has been sidelined since spraining his left MCL on Jan. 15, ahead of their matchup against the Sixers on March 10. Simmons’ injury forced Brooklyn to “scrap” that plan.

When can we expect to see Simmons back on the floor? Here’s everything we know.

When will Ben Simmons make his Nets debut?

The Athletic’s Shams Charania told Pat McAfee on Monday, Feb. 28 that Simmons will need to “strengthen” the affected area of his back, but there is “hope and optimism” he will be able to join his new teammates on the floor before the end of the regular season.

On Sunday, March 6, ESPN’s Adrian Wojnarowski provided an update that Simmons will be out at least beyond his potential return to Philadelphia on March 10.

“After Thursday’s game in Philly, Simmons, at that point, will be ready to start getting on the floor with his teammates and increasing his workload, getting closer to returning,” Wojnarowski stated.

“That back problem has been an issue for him since he started ramping up. He’s essentially really just done individual work at their facility and they’re hoping by the end of this week, he’ll be able to do more.”

Wojnarowski concluded with, “There is no chance he will be playing in Philly.”

As of Sunday, the Nets are sitting at No. 8 in the Eastern Conference with a 32-32 record. They have 18 games remaining on their regular-season schedule.