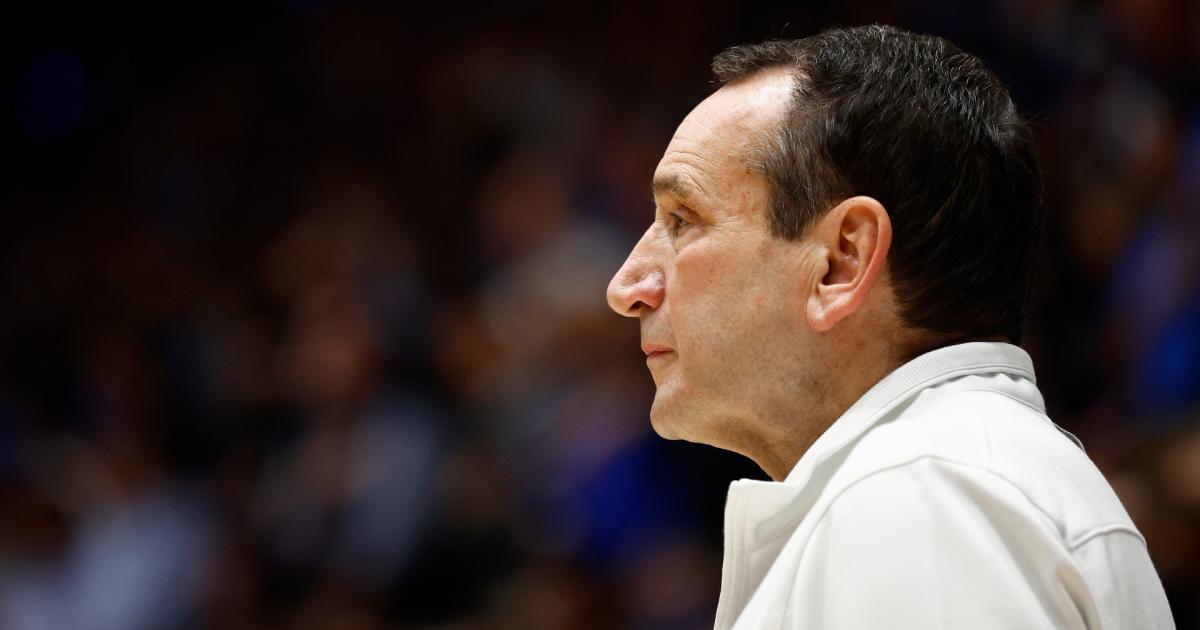 Mike Krzyzewski was denied the chance to ride off into the sunset with one final victory at Cameron Indoor Stadium on Saturday.

Instead, Coach K’s No. 4-ranked Duke team — which had already won the ACC regular-season championship and secured the No. 1 seed in the ACC Tournament — suffered an upset by rival North Carolina, falling 94-81. With the loss, Krzyzewski’s all-time record vs. the Tar Heels fell to 50-47.

North Carolina fell behind by several possessions multiple times but never gave up. Eventually, Armando Bacot’s brilliance and untimely turnovers by the Blue Devils helped UNC to the win. The Tar Heels earned a split of the season series and made it a certainty that they will reach the NCAA Tournament.

Coach K, clearly disgusted by the loss, addressed the crowd before the school’s scheduled program to honor his career. Said Krzyzewski:

Prior to his taking the mic, Coach K had a one-word apology to the Cameron Crazies:

As K walked onto the floor, hand in hand with Mickie, he waved his left hand to the Cameron Crazier and said one word: “Sorry” pic.twitter.com/VGwI88pvxd

After that, Coach K sat with his family for the program, during which the university announced, among other things, that it would honor Krzyzewski with scholarships for five deserving individuals. The school also presented him two basketball jerseys that honored his career, from high school to Army and, of course, Duke.

Then Coach K addressed the crowd. He thanked his family and players for their commitment to him over his 42 years in Durham. He also took time to address his team — and his former players — one more time.

MORE: Why is Coach K retiring?

Krzyzewski spent the last moments of the program addressing the 2021-22 team.

“And even though you don’t think right now I do, I love you guys,” he said. “I love what we’re going to do from learning what happened today as we move forward.”

Leave it to Coach K — one of the best to ever coach the game of basketball — to use a moment meant to honor him to instead use it as a teaching moment. That said, Krzyzewski did briefly allow the emotions of the night to get to him.