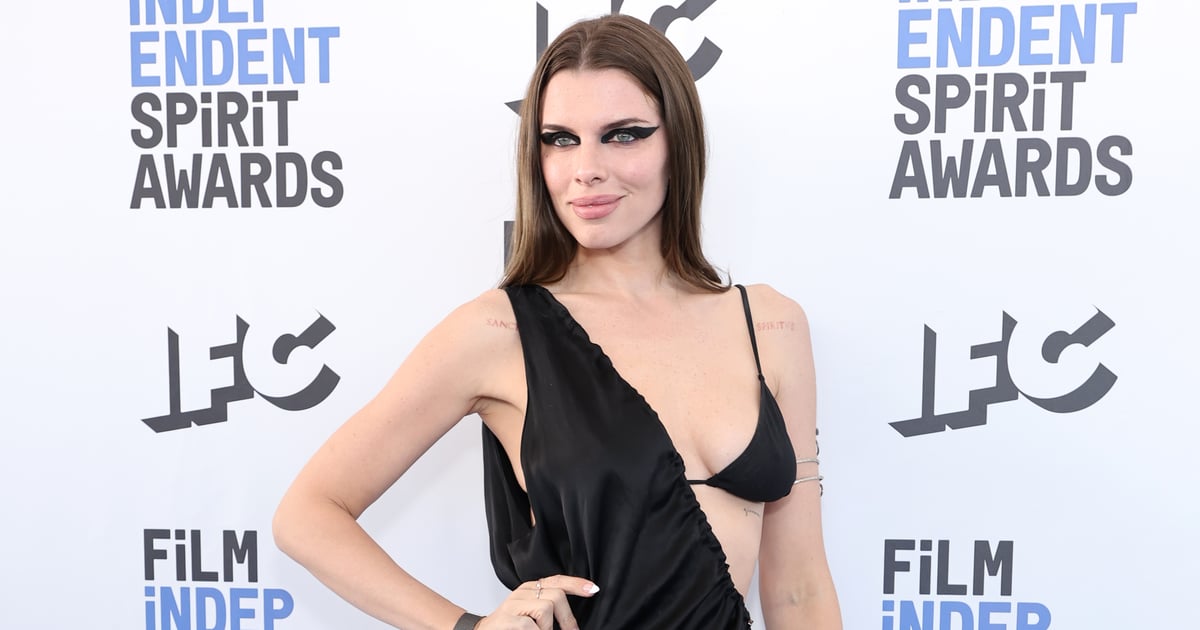 Julia Fox is ready to take on award season. On March 6, the “Uncut Gems” actress stopped by the Film Independent Spirit Awards after a two-year break to pose for photos on the blue carpet. For the Santa Monica award show, Fox snuck in a tribute to the beach with a string bikini top under her ruched black cutout dress from LA-based brand No Sesso. Fox paired the loose-fitting dress, which featured a major cutout on the hip, with a silver snake cuff around her bicep and and pointed-toe black boots. She tied it all together with her signature black eye shadow and a light-pink lip shade. Fox posed for photos alongside close friend Aziah “Zola” King.

It’s been an eventful and stylish few weeks for the actress. Following her breakup with Kanye West on Feb. 14, Fox attended Milan Fashion Week, where she sat front row at the Diesel show in a yellow leather jacket, a black bandeau, and matching leather pantaboots. On March 1, Fox attended “The Batman” premiere in New York City wearing a low-cut silver chainmail dress adorned with a photo of Catwoman, a latex bodysuit, latex opera gloves, and, yep, another pair of latex pantaboots. Now that she’s beachside, Fox has ditched the PVC clothing and is rocking some major cutouts. Check out her stylish Spirit Awards appearance ahead.