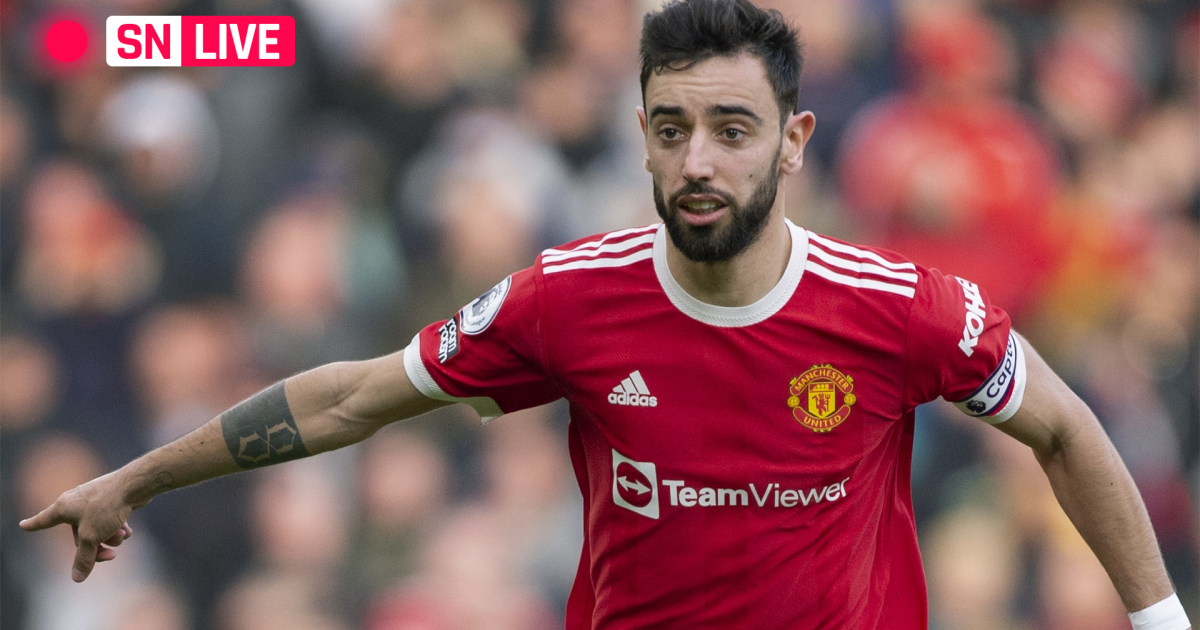 27th min: City are overloading the United right with Bernardo, Foden, and Grealish all moving over there. Bernardo’s clipped cross inside the area bounces off the head of an unwitting Phil Foden and has De Gea scrambling as it loops up, before bouncing off the crossbar and away to safety. That’s followed by a blocked shot as Grealish tries to hit a dropping ball first time.

24th min: United’s shape has been compact. They haven’t sat deep, but they’ve congested the middle of the park well, looking for opportunities to win the ball back high up when they can. City come forward again, and look to be targetting United’s right flank, but it’s a United goal kick.

It’s the former City player, as Sancho curls the ball deliciously into the far corner! The ball finds him in space on the left. The overlapping runner draws Walker away and Sancho has enough space to take a touch inside. From the edge of the area he opens his body up and curls the ball into the bottom corner, past the dive of Ederson.

21st min: United cut out a pass in midfield and it finds Sancho, before working right to Pogba, then Elanga, then Wan-Bissaka, whose cross hits a City player. City carry it forward and McTominay gives away a free kick as the host try and counter. Grealish gets ball in space on the left but nothing comes of it.

18th min: The pressure builds, as City appeal for a penalty, but Michael Oliver gives a United free kick instead. De Bruyne drives into the box in the left half space, his left footed shot is pushed into the danger area by De Gea, and Foden tussles with Maguire as they both try to reach the rebound. City claim Foden was pulled down, but Michael Oliver sees the incident differently.

17th min: It feels like City have established a little more control on the game now, United are sitting a little deeper in response.

15th min: A couple of tasty challenges so far. A Bernardo tackle on Bruno earlier saw him catch his compatriots standing foot with his follow through, before Maguire catches De Bruyne late on the halfway line as the Belgian plays a pass.

12th min: Despite the disappointing start, United have looked threatening so far. Both teams are pressing fairly high, meaning there’s going to be space for attackers.

10th min: Better from United. The ball finds Sancho on the left a couple of times as United put on a little pressure. Bruno, on the edge of the area, slides the ball into Fred’s feet. He tries to turn into space, but Ederson is out quickly to smother the ball before he can take another touch. United win the ball back in midfield a couple of times though.

8th min: A nightmare start for the visitors. Pogba and Bruno are both pushed high up centrally, while Marcus Rashford watched on from the bench.

De Bruyne sweeps home from inside the area, with less than five minutes gone. City build it down the left, with good work between Grealish and Bernardo. The cutback finds De Bruyne, on the edge of the six yard area, who is in acres of space to finish comfortably. Telles will think he should have done better.

3rd min: It’s the away side who pass it around the back now. Sancho and Elanga are staying wide for the away side.

1st min: It’s a scrappy start, before the hosts get hold of the ball. United press fairly high up, but City don’t look uncomfortable as they pass it around the back.

11:30 a.m.: A minute’s applause, as the City and United players stand intermingled around the centre circle. The message is supported by both the home and away supporters, followed by a roar as it ends, and the teams line up for kick off. The away side will get things underway.

11:28 a.m.: The teams are out in Manchester. Both sides sport a NO WAR message on their tops.

11:15 a.m.: Oleksandr Zinchenko gets a warm welcome from the fans as he warms up. The home team will be going into the game as favourites, but United have a good record in this stadium, and neither side will be feeling comfortable going into this one.

11:00 a.m.: Make no mistake about it, the big story entering the match is Cristiano Ronaldo’s surprise absence. There was no hint earlier that the hip flexor was still a problem.

Rangnick on Cavani: “Edi trained well last three days but, at the end, he didn’t feel quite well enough to play. Cristiano had some problems with his hip on Friday and since then didn’t play.” #MUFC @MirrorFootball

With Ruben Dias missing out, Stones and Laporte are the defensive pairing for Pep Guardiola. He has no struggles in attack however, picking Grealish, Mahrez, and Phil Foden to man the attack with Raheem Sterling a surprise omission.

In addition to Ronaldo’s absence (hip flexor) and Edinson Cavani’s failure to recover from his groin injury despite days of solid training, per Rangnick, the team will be without starters Raphael Varane and Luke Shaw due to COVID-19.

How to watch Man City vs. Man United

Sunday’s game at the Etihad Stadium will be available on USA Network (English) and Telemundo (Spanish) in the USA, and both networks are streamed on fuboTV, which is available to new users via a free trial.

In Canada the Premier League is streamed exclusively live and on demand on DAZN.