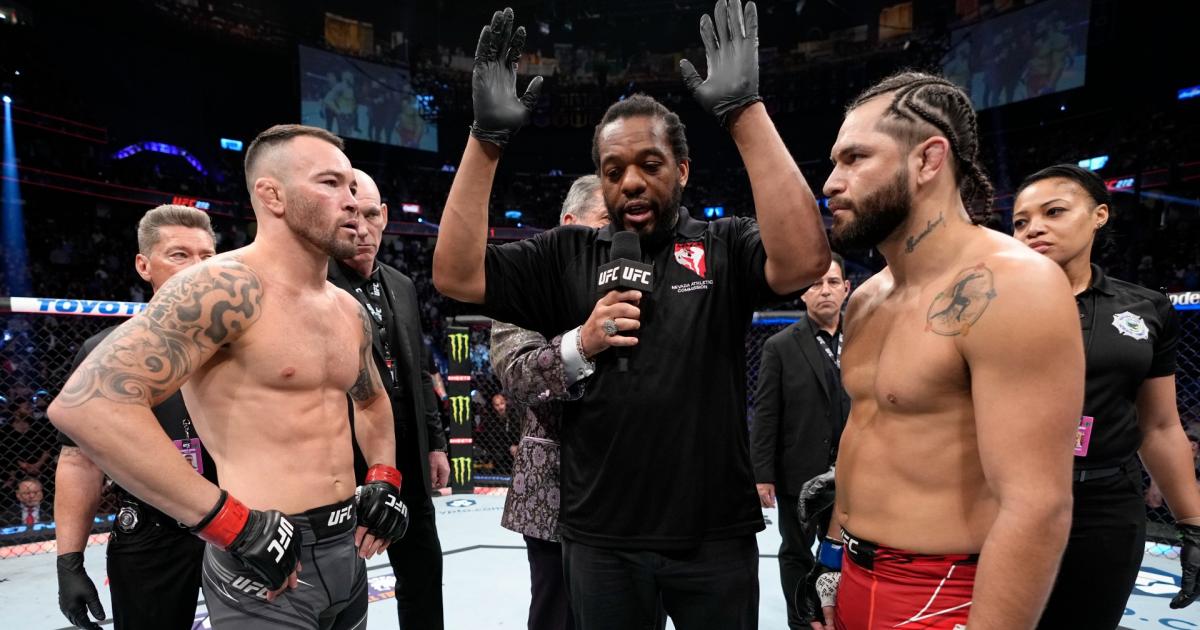 Colby Covington beat Jorge Masvidal via unanimous decision Saturday night at UFC 272 in Las Vegas. It was a dominant display of wrestling by Covington, who had Masvidal on the floor throughout the bout. The rivalry between the two may not be over outside the Octagon, but inside it, Covington was the clear winner.

Covington is now 2-2 in his last four fights. He rebounded from a loss in his previous bout, to UFC welterweight champion Kamaru Usman. Masvidal has now lost three in a row.

The fight inside T-Mobile Arena generated a lot of hype on social media, with personalities from all over giving their take. From Teddy Atlas to Ben Askren and members of American Top Team, stars reacted to the one-sided affair.

Both guys look like they are feeling the pressure! Can’t wait #UFC272live

Masvidal is really a physically big man, wonder how much was taken out to make weight? He will certainly need a full tank vs. this machine. #UFC272

Jorge needs to blitz Covington on his takedown attempts, like he did to Askren. Make Colby think twice before shooting a takedown. Covington needs to stay out of kick range and use his distance. These two are opposite styles, which makes for an interesting fight! #UFC272 https://t.co/a0yQMYv9KS

It’s really a shame they can’t both lose 😂😂😂

Easy rd 1 for Colby. Jorge took no damage but struggled to escape.

Yooo @espn get it together pic.twitter.com/Ot4aqmdZGP

.@ColbyCovMMA has such a RELENTLESS pace #UFC272

2-1 Covington, might be 3-0. Colby is just so exhausting, constantly trying to advance positions on the ground. He’s wearing on Jorge with each round. #UFC272

Jorge Masvidal the journeyman of the ufc straight 🗑

Colby’s striking output has been different so far. Likely because of their training history. #UFC272

That shoulda been for the BMF belt #ufc272

They’re going to run it back