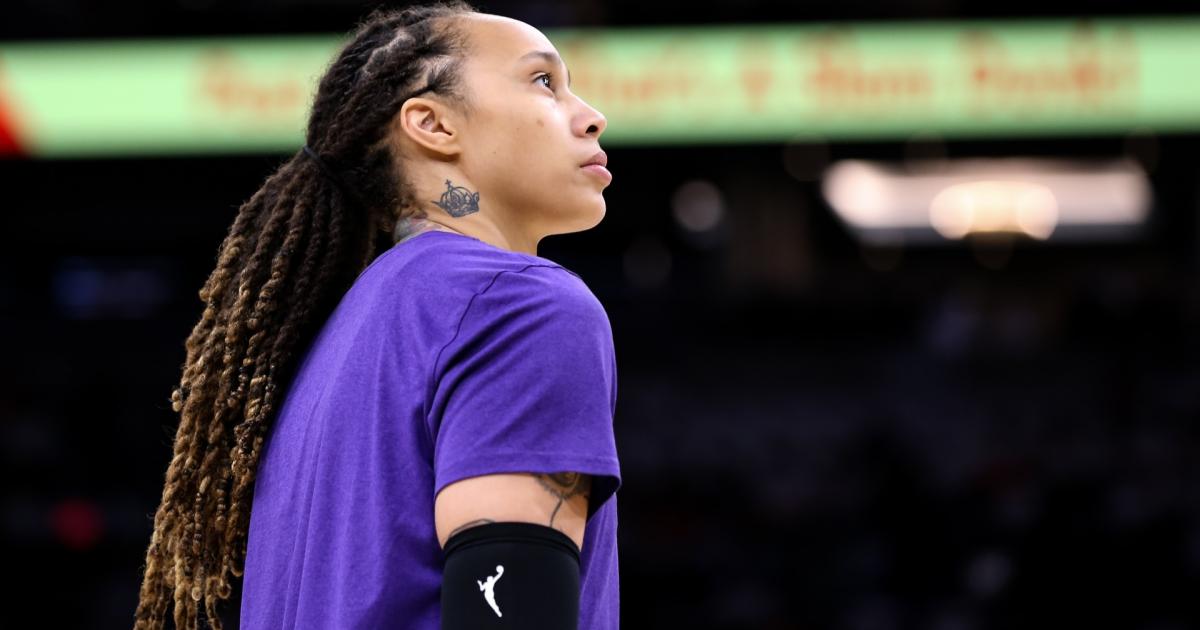 Phoenix Mercury center Brittney Griner has been detained in Russia after the Russian Federal Customs Service claimed it found hashish oil in her luggage at an airport near Moscow, according to the The New York Times and Russian News agency TASS.

The customs service didn’t release a name or specify the date of detainment in its statement, as officials only said they detained an American basketball player who had won two gold medals with the U.S. team. TASS later identified the player as Griner, a seven-time WNBA All-Star who won gold medals in 2016 and 2021.

News of Griner’s detainment comes amid Russia’s invasion of Ukraine, which led to many WNBA players leaving those countries.

Here are the latest details on the evolving situation.

Why was Brittney Griner detained in Russia?

Griner, who has played for UMMC Ekaterinburg in the Russian Premier League during the WNBA offseason, was detained after customs service officials said they found vape cartridges containing hashish oil in her luggage at the Sheremetyevo airport. The customs service also released a video of an individual at the airport who appears to be Griner going through security.

A criminal case has been opened into the “large-scale transportation of drugs, which can carry a sentence of up to 10 years behind bars in Russia,” according to The New York Times.

What did the WNBA and Phoenix Mercury say about Brittney Griner’s detainment?

“Brittney Griner has the WNBA’s full support and our main priority is her swift and safe return to the United States.”

“We are aware of and are closely monitoring the situation with Brittney Griner in Russia. We remain in constant contact with her family, her representation, the WNBA and NBA. We love and support Brittney and at this time our main concern is her safety, physical and mental health, and her safe return home.”

“We are aware of the situation in Russia concerning one of our members, Brittney Griner. Our utmost concern is BG’s safety and well-being. On behalf of The 144, we send our love and support. We will continue to closely monitor and look forward to her return to the U.S.”

“USA Basketball is aware of and closely monitoring the legal situation facing Brittney Griner in Russia. Brittney has always handled herself with the utmost professionalism during her long tenure with USA Basketball and her safety and well-being are our primary concerns.”

Are there any other WNBA players in Russia?

A league spokesperson told The New York Times on Saturday that all WNBA players other than Griner are out of Russia and Ukraine.

Why do WNBA players compete in Russia?

Many WNBA players, including the league’s biggest stars, have gone overseas during the offseason because international leagues offer much higher salaries than the WNBA.

Seattle Storm forward Breanna Stewart, who has also played for UMMC Ekaterinburg, earns approximately $1.5 million per season overseas compared to a WNBA supermax salary of $228,094. After signing a one-year deal with the Storm, Stewart expressed her concerns about recent changes to the collective bargaining agreement that push players to prioritize the WNBA over other leagues.

“Prioritization is, like, the biggest topic of conversation in the WNBA for me, especially in the next couple of years,” Stewart said last month. “To be able to play overseas at UMMC Ekaterinburg, where basketball is very valued, we’re treated really well and able to make a lot of money, it’s just hard for me. With the prioritization, you’re cutting off one of my sources of income and not substituting it.

“That’s something that needs to be kind of figured out. I don’t have a great answer for what’s going to happen. But I think it’s going to affect a lot more players in the WNBA than people think right now.”

When will Brittney Griner be released?

It is unclear when Griner will be released. Officials said the investigation is ongoing.

Lindsay Kagawa Colas, Griner’s agent with Wasserman Group, told ESPN she is in “in close contact with [Griner], her legal representation in Russia, her family, her teams, and the WNBA and NBA.”

“As this is an ongoing legal matter, we are not able to comment further on the specifics of her case but can confirm that as we work to get her home, her mental and physical health remain our primary concern,” Colas said.