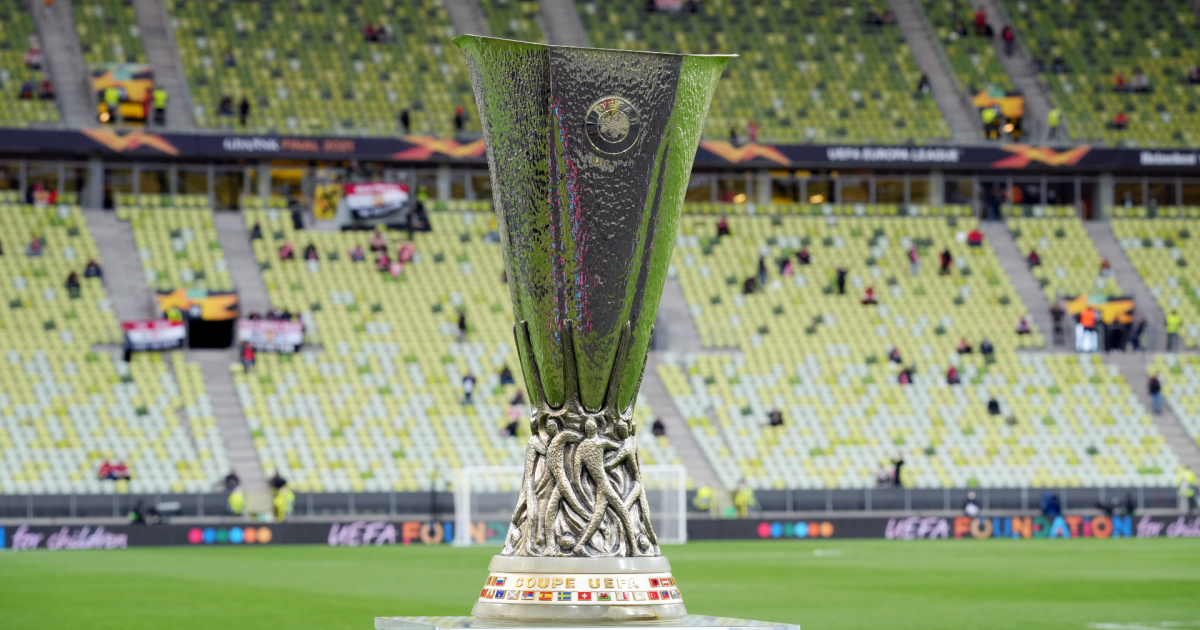 The 2022 Europa League Round of 16 is set after the draw held on Feb. 25 paired up the eight group winners with the eight teams that emerged from the special Europa League playoff round.

The Round of 16 slate is highlighted by two favorites going head-to-head: Premier League side West Ham takes on six-time Europa League winners Sevilla, who are dreaming of playing the tournament final at home given the venue selected was Sevilla’s Ramon Sanchez Pizjuan Stadium.

Barcelona vs. Galatasaray, Atalanta vs. Bayer Leverkusen and Porto vs. Lyon are some of the other standout matchups. The eight Europa League group-stage winners will get to play the second leg of their Round of 16 series at home. Due to UEFA’s decision to ban Russian clubs from its competitions, RB Leipzig was granted direct passage to the quarterfinals.

The Round of 16, as with the subsequent rounds (quarterfinals and semifinals), will be played over two legs with the team that scores the most goals over both matches advancing to the next round. The final is a single-elimination match.

The only difference in the Europa League knockout stages this year is that there is no away goals tiebreaker in the case teams are even on aggregate goals scored at the end of the second match. UEFA abolished the away-goals rule in June 2021. Extra time and, if necessary, a penalty-kick shootout will determine the winner in case teams are level on goals after 180 minutes. Extra time and penalties are also the tiebreaker in the final.

MORE: No Europa League away goals rule beginning in 2022

MORE: Why is Barcelona playing in the Europa League?

How did the Europa League draw work?

It’s also worth remembering that clubs from the same country could not be drawn against each other in the Round of 16. That restriction is removed from the quarterfinals onward.

MORE: Has UEFA moved the Champions League final from Russia?

Teams in the Europa League Round of 16 draw

The eight seeded teams — the group winners — were on one side of the draw:

When is the Europa League Round of 16 played?

The Round of 16 will begin on March 9-10, with the second leg matches taking place the following week, on March 17. Two of the first leg matches will be held on Wednesday, March 9 to avoid clashes with teams also hosting matches in the same geographic vicinity.

The eight Europa League group-stage winners will get to play the second leg of their Round of 16 series at home since it’s perceived to be an advantage.

Hosting the second leg provides a slight edge: If the series is tied on aggregate goals after the second leg, there would be a decisive extra-time session and potential penalty-kick shootout which would be held on home turf for the group winners.

How to watch the Europa League Round of 16

The knockout stages of the Europa League are carried in the United States by CBS (English) and Univision (Spanish) across a number of TV and streaming platforms. DAZN is the exclusive broadcaster in Canada.

USA: CBS Sports has live pregame, halftime and postgame studio shows, which stream on Paramount+. There will also be a RedZone-like whip-around show called “The Golazo Show,” with all the goals and best chances from the concurrent matches.

Nearly every Europa League match is available to be streamed on fuboTV, which offers a free trial to new subscribers. The streaming platform carries CBS Sports Network and all the Univision family of channels: Univision, TUDN, UniMas, Galavision and TUDNxtra.

Canada: The Europa League is carried exclusively by DAZN in Canada with matches available live and on demand.