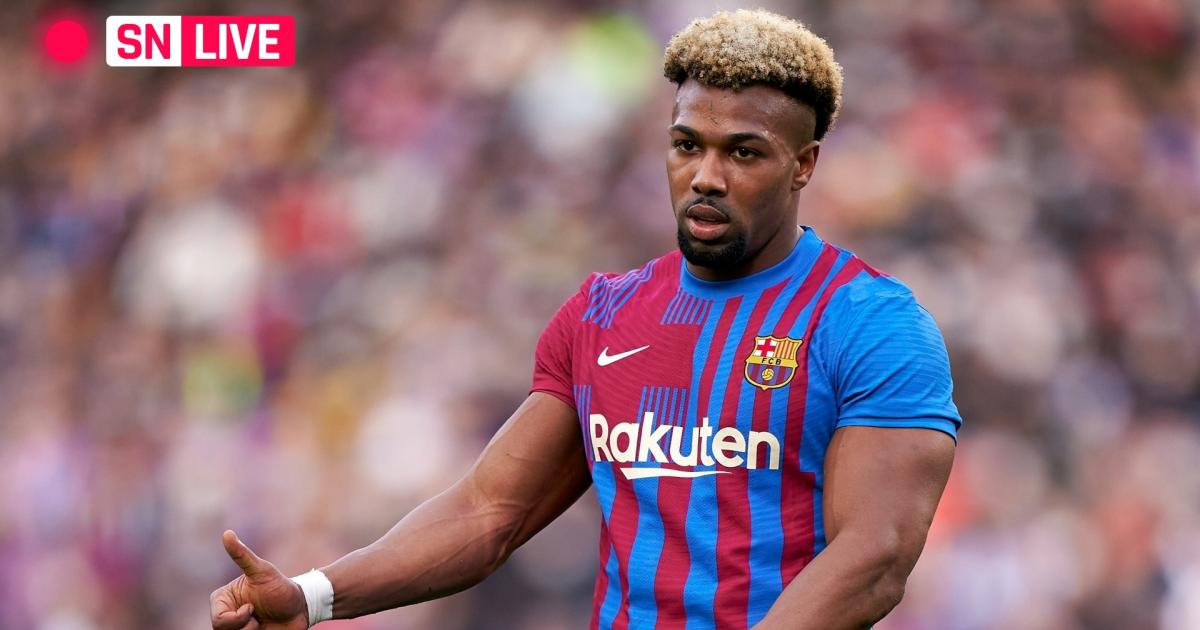 Barcelona find themselves in Europe’s second-tier competition for the first time since 2004 after crashing out of the Champions League group stages at the end of 2021.

A place in the Europa League was originally framed as a major failure for the Catalan giants, but new boss Xavi has opted for a positive approach towards it as part of his rebuilding project.

His side impressed with a 5-3 aggregate-goal win over Napoli in their knockout playoff round and they are among the favorites to go on and win the competition this season.

Galatasaray qualified directly for the last 16 after topping Group E with 12 points from six group games.

3:40 p.m.: First chance for Galatasaray as Kerem Akturkoglu drifts through a few challenges and lets fly but a sliding Eric Garcia deflects the strike over the bar.

3:38 p.m.: First half bookings for both sides as Berkan Kutlu is cautioned and Depay goes into the referee’s notebook for a clumsy challenge on Sofiane Feghouli.

3:28 p.m.: First chance of the night……….Memphis Depay’s free kick looks to be just sneaking inside the post but Inaki Pena gets across to make a vital save.

3:20 p.m.: No change in the score line after 20 minutes in Catalonia with no shots on target for either side so far in a tame opening in this clash.

3:10 p.m.: No real chances at either end in the opening ten minutes at the Camp Nou as Xavi’s Barca look to settle.

1:00 p.m.: The scene is set for crucial night in Catalonia

Xavi has no fresh injury updates ahead this clash with long term absentees Ansu Fati, Sergi Roberto and Samuel Umtiti all still out of action and Dani Alves ineligible.

Galatasaray boss Domenec Torrent is without Mbaye Diagne and Omar Elabdellaoui through injury, but Ryan Babel is back fit to return, with Inaki Pena cleared to face his parent club.

How to watch Barcelona vs Galatasaray

USA: The match air on UniMas and TUDN in the USA and both those channels are streamed on fuboTV, which is available on a free trial for new users. Paramount+ will also stream the match for subscribers in English.

Canada: The Europa League is carried exclusively by DAZN in Canada with matches available live and on demand.

Austin Butler and Ezra Miller Did Not Get in Tokyo Bar Fight, Despite Reports
Lars Von Trier checks in for another stay in The Kingdom with the first Exodus trailer
In The Dark Season 4 Episode 4 Review: Hard Pill to Swallow
Gigi Hadid, Bella Hadid, and Kendall Jenner Model Sky-High Platforms at Marc Jacobs
Motherland: Fort Salem Season 3 Episode 2 Review: The Price of Work