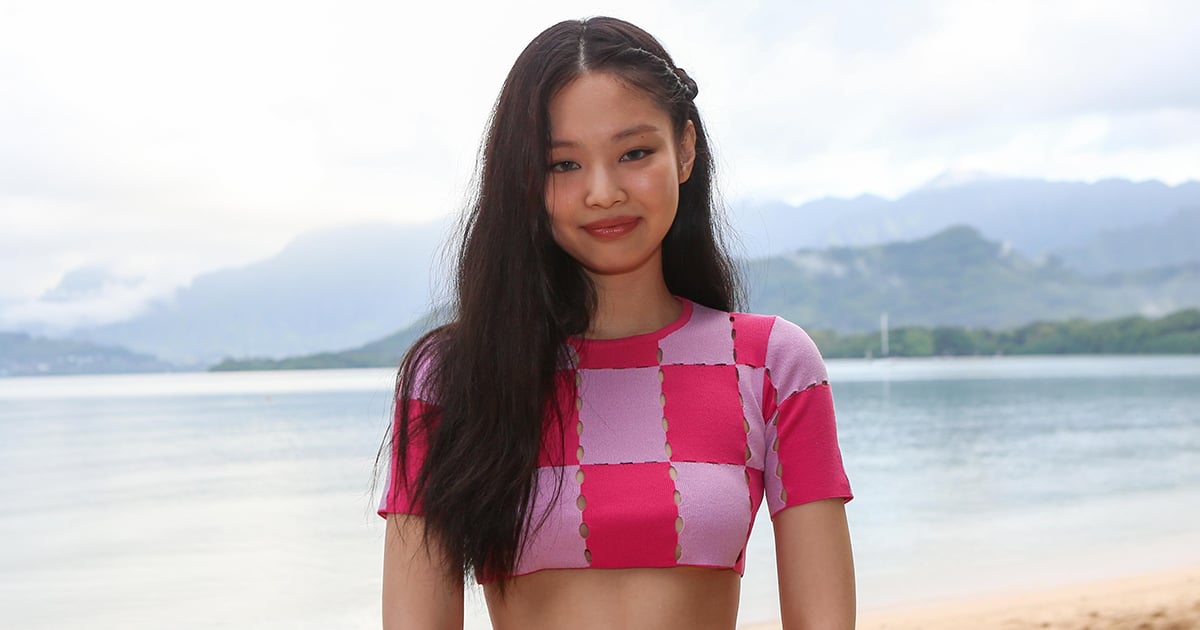 Blackpink’s Jennie was one of a handful of celebrities at Jacquemus’s spring 2022 runway show in Oahu, HI, on March 9. Matching Jacquemus’s signature aesthetic, Jennie wore a playful head-to-toe pink ensemble, featuring a cropped checkerboard top and a low-rise, striped midi skirt in the same knit fabric. For accessories, she opted for geometric mule sandals and a circular handle Le Sac Rond bag from the brand, plus an adorable pink ribbon in her hair.

Following the show, Jacquemus took to Instagram to address criticism for choosing Hawaii, a destination overwhelmed with tourism during the pandemic. “As a guest to Hawaii, Jacquemus is taking great care to respect this location, culture, and way of life,” he wrote, adding that the fashion house was mainly working with businesses from Oahu and the neighboring islands to “leave as small of a footprint as possible,” as well as inviting a “curated guest list,” primarily from the Asia-Pacific region. In addition to Jennie, other recognizable faces in the front row included Bretman Rock, Jhené Aiko, SZA, and Daniel Caesar.

Just a day prior, Jennie was seen in Paris attending the house’s fall/winter 2022 presentation. Since she became a Chanel ambassador in 2017, she has been spotted regularly wearing the brand’s famous tweed and logo pieces and appearing in multiple campaigns. Fellow Blackpink member Jisoo also showed up at Paris Fashion Week, sporting a “Clueless”-inspired ’90s shift dress for the Dior show.

Ahead, take a closer look at Jennie’s Jacquemus look, as well as the famous attendees who enjoyed the collection debut.