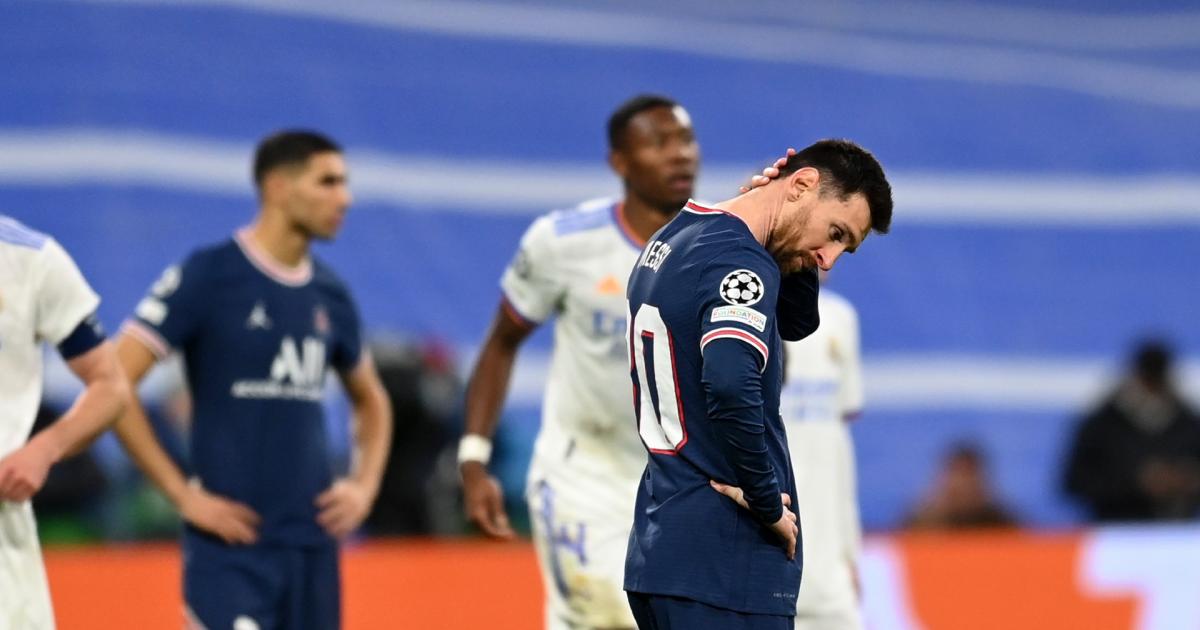 For a team that’s built on talent, built on superstars, built on money, the French side still cannot get past the established greats.

Ghosts of Barcelona were resurrected on Wednesday evening less than 400 miles across Spain. With the famous 2017 collapse on the mind, Real Madrid conjured up one of its own, shaking off a 2-0 aggregate deficit and producing a three-goal turnaround engineered by the timeless Karim Benzema.

But these two painful PSG memories are far from being outliers. They are, in fact, just another notch in a rapidly growing reputation for the French giants. For a team looking to push itself into the upper echelon of European giants, it cannot escape the undertow of those who came long before.

PSG collapsed in 2018-19, coughing up a 2-0 first-leg lead to three-time winners Manchester United in the Round of 16. The 2019-20 Champions League tournament, shortened due to COVID-19, saw PSG reach the final, only to be blanked by six-time winners Bayern Munich. Last season they nearly collapsed in the second-leg of the quarterfinals to Bayern, but advanced via the now-defunct away goals rule, only to be bested by the Man City juggernaut.

And now, with a fresh wound opened at the Bernabeu, PSG heads home with the prize so desperately desired in the French capital once again out of reach.

For all the expensive, world-class players in the PSG squad, they collectively came up weak.

Goalkeeper Gianluigi Donnarumma, a free transfer signing who was anything but “free,” produced a glaring error to gift Real Madrid its first goal and help stoke belief in the hosts. Marquinhos, club captain and top five center-back in the world, whose $35 million transfer tag feels like chump change compared to many in the squad, switched off on Madrid’s second, deflecting the ball past Donnarumma.

Then there was $73 million man Achraf Hakimi, who was brilliant in the first leg in Paris. He produced a hideous display, dribbled past five times and succeeding in just one dribble all match. Marco Verratti, the diminutive Italian on whose back PSG has built its growing empire, ceded midfield control to the opponents after owning the territory for three quarters of the two-legged tie.

Even PSG’s most prized possessions, Lionel Messi and Kylian Mbappe, were poor. Messi, who has struggled to steady his sea legs in Paris all season, produced just one key pass all match and looked more conservative with his distribution than vintage Messi usually is. Mbappe, who could be excused given his heroics both in the first leg and in the first half at the Bernabeu, did not trouble Dani Carvajal at any point during Madrid’s late resurgence, helpless to watch as the Spanish side grabbed victory from the jaws of defeat.

2.18 – Real Madrid registerd an Expected Goals total of 2.18 against Paris-Saint Germain, with 86% of that coming during the second half (1.87, after 0.31 in the first half). Energised. pic.twitter.com/sgbA6D3Lsb

Instead of a major scalp and a spot in the quarterfinals, PSG had to watch Real Madrid deploy lift rafts in a manner the French side has been unable to unlock.

Madrid is the one who established the super club blueprint with its propensity for splashing the cash, but Wednesday’s heroics came in another shape — Vinicius Jr., a talent they cultivated, who consistently pummeled Hakimi’s right flank and snatched an assist, and Benzema, a Real Madrid lifer who simply will not fade away.

MORE: When is the 2022 Champions League final?

So again, PSG heads home unable to find the secret formula, the Plankton to Madrid’s Spongebob, or Bayern’s Mr. Krabs, or Barcelona’s Squidward.

History continues to repeat itself in one of the world’s most historic competitions. The Champions League crown has become more than just an unreachable shelf for PSG — the monkey has climbed firmly onto its back and, claws sunk deeper and deeper in, refusing to let go.