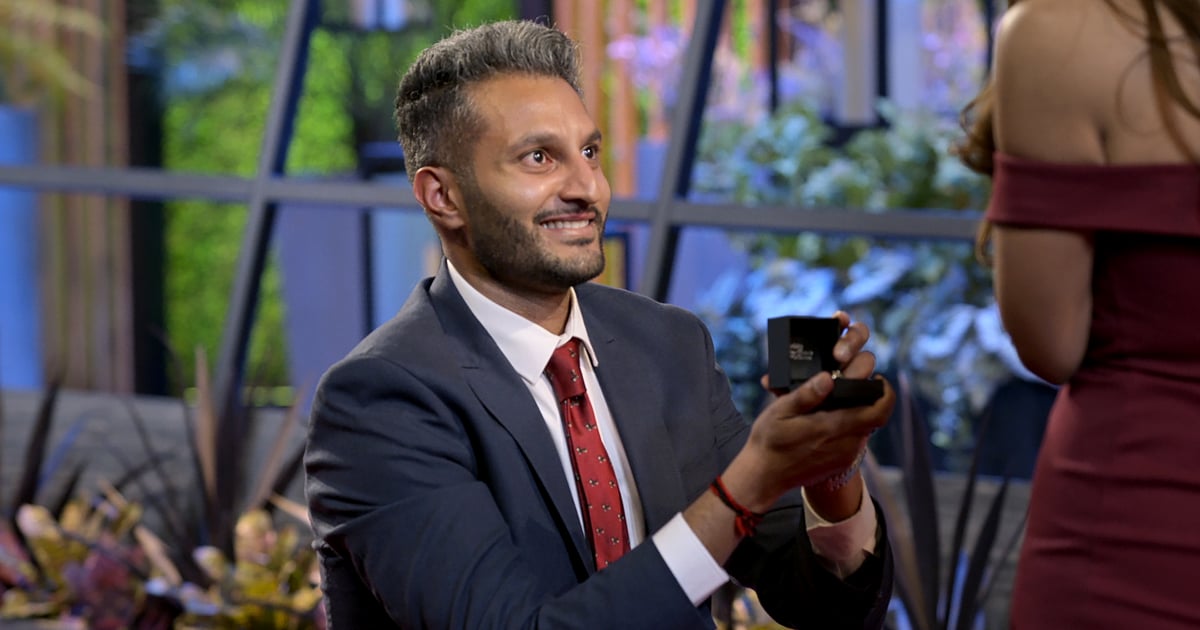 If you’re a fan of Netflix’s “Love Is Blind,” then you may be curious about the engagement rings, which are either chosen on set or brought in (Kyle Abrams presented his mom’s ring to Shaina Hurley during season two).

Knowing that on shows like “The Bachelor,” the jewelry is entirely provided by Neil Lane, you have to wonder how much shopping the men on “LIB” could possibly be getting done outside of the pods, where they’re holed up from the outside world.

What’s more, if you’re looking closely, you may notice similarities in some of the women’s engagement rings. In fact, in season one, it appeared Lauren Speed, Jessica Batten, and Amber Pike wore identical rings following their proposals.

According to Netflix, all the men are presented with dozens of rings to choose from, unless they brought their own. “Whatever they choose, we pay for. Whatever we pay for, they keep, regardless of engagement ending,” a representative told POPSUGAR.

And even though you might recognize similar elements on some designs, like diamond carat size, band embellishment, and setting, no two styles are exactly the same. Netflix even shared that in season 2, the men proposing even discussed their choices together, so the rings felt unique to each recipient.

Of course, there are fans who believe the women should be able to choose their preferred style before heading into the pods. That became a major issue in season two, when Mallory Zapata ended up with a silver ring picked by Salvador Perez, instead of her preferred choice of gold. Perhaps, the producers will find a way for both contestants to join the ring selection process in future seasons.

In the meantime, scroll down for everything to know about the “Love Is Blind” engagement rings, including the similarities, the payment, and the process by which they are chosen.

Khloe Kardashian Reveals the Best Way to Flirt With Her
Days of Our Lives round Table: Losing Abigail
8 Ways to Style Joggers With Everything From Crop Tops to Blazers
Wolf Pack: Paramount+ Unveils Cast of Drama Series From Teen Wolf Creator
England vs. New Zealand score, highlights, analysis from 3rd Test as Overton eyes hundred