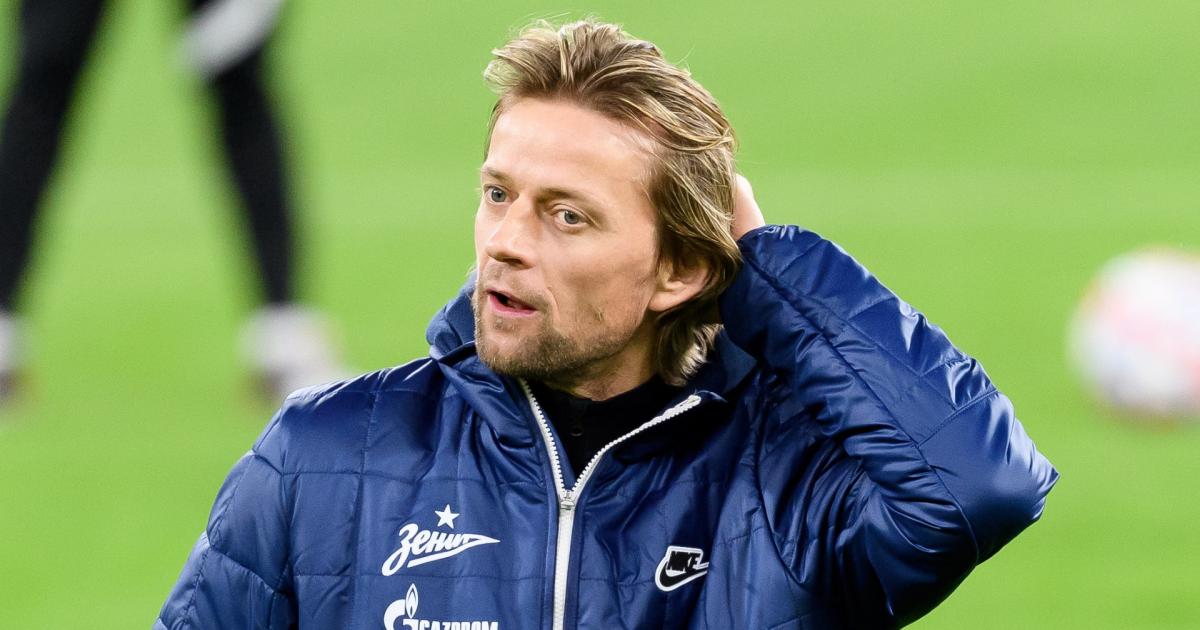 The Ukrainian Football Association has called for Anatoliy Tymoshchuk to be stripped of all his awards and titles following Russia’s invasion.

Tymoshchuk is the most capped player in the history of the Ukraine national team, having appeared in 144 games at international level between 2000 and 2016.

The former midfielder also captained his country for four years before hanging up his boots and moving into coaching, and has served in a number two role at Russian club Zenit St. Petersburg for the past five seasons.

Why is Ukrainian FA upset with Tymoschuk?

The Ukrainian FA wants Tymoshchuk to be punished for his silence amid the country’s ongoing military conflict with Russia by having his international caps struck off and his coaching license revoked.

A large number of former and current national team players, including current Man City full-back Oleksandr Zinchenko and former AC Milan striker Andriy Shevchenko, have come forward to oppose the war and pledge support to civilians since Russian President Vladimir Putin ordered the invasion. However, thanks to his silence on the invasion and position at a Russian club, Tymoshchuk has been accused of working “for the club of the aggressor.”

Ukraine’s FA is also calling for the 42-year-old to be stripped of the club medals he won at Shakhtar Donetsk and all-state awards and honorary titles. A statement on the Ukrainian FA’s social media channels said, “The Ethics and Fair Play Committee of the Ukrainian Football Association has made a statement about violations of the Code of Ethics and Fair Play by former national team player Anatoliy Tymoshchuk.

“Tymoshchuk AA, March 30.03.1979, 2007, is a record holder of the national team of Ukraine in the number of matches held in its composition, champion of Ukraine, Germany, Russia, winner of the UEFA Champions League, winner of the UEFA Super Cup. During 2009-2013 and 2015-2017 AA Tymoshchuk played for the Russian FC Zenit (St. Petersburg) and since 2017 he has been working in the club as a coach.

“Since the beginning of Russia’s military aggression against Ukraine, Tymoshchuk AA, the former captain of the Ukrainian national team, not only did not make any public statements in this regard, but also did not stop his cooperation with the club of the aggressor.

“At a time when another of the Ukrainian’s former clubs, FC Bayern Munich (Munich), publishes statements and holds actions in support of Ukraine, Tymoshchuk AA continues to remain silent and work for the club of the aggressor. By making this conscious choice, AA Tymoshchuk damages the image of Ukrainian football and violates Clause 1.4. Part 1 of Art. 4 of the Code of Ethics and Fair Play UAF.”

The 42-year-old is a former Ukrainian midfielder who collected 144 caps for the national team, the most in Ukraine’s history.

Tymoshchuk began his career at second-tier club Volyn Lutsk before moving to Ukrainian giants Shakhtar Donetsk as a 19-year-old. After making 227 appearances for Shakhtar and serving as club captain, he transferred to Russian side Zenit St. Petersburg in 2007 where he spent two years, serving as captain at Zenit as well.

MORE: How long is Alphonso Davies out for Bayern and Canada?

In 2009 he earned a move to German side Bayern Munich in 2009, but a three-year spell in Germany would only net 89 appearances for the club. He was, however, part of the squad that won the 2012/13 Champions League title, an unused substitute in the 2-1 final victory over Borussia Dortmund.

In 2013 he would move back to Zenit, spending another two seasons at the Russian club before finishing his career with an 18-month spell at Kazakhstan side Kairat. Tymoshchuk would play the last match of his career in 2016.

Altogether, Tymoshchuk won the Ukrainian Premier League three times with Shakhtar Donetsk plus another three Ukrainian Cup titles. With Zenit, he would win the Russian Premier League twice and the Russian Cup, as well as the 2007/08 UEFA Cup (eventually rebranded as the Europa League). With Bayern Munich, he won two Bundesliga titles, a pair of DFB-Pokals, and the Champions League.

The Ukraine FA’s statement comes on the back of Atalanta star Ruslan Malinovskyi insisting that Tymoshchuk can no longer be seen as a legend of football in the country.

“I don’t know about Tymoshchuk, you need to ask him. Hard to comment but it’s weird (why he hasn’t) – I think it’s not right,” Malinovskyi, who has won 45 caps for Ukraine, tweeted last week.

“It’s 100% the case that he’s no longer (or ever will be) a legend of Ukraine football. His previous achievements have been forgotten.”

Malinovskyi was among the first Ukrainian players to speak out on the invasion, as he revealed a t-shirt displaying the message ‘No war’ to supporters after scoring for Atalanta in a Europa League clash with Olympiacos.