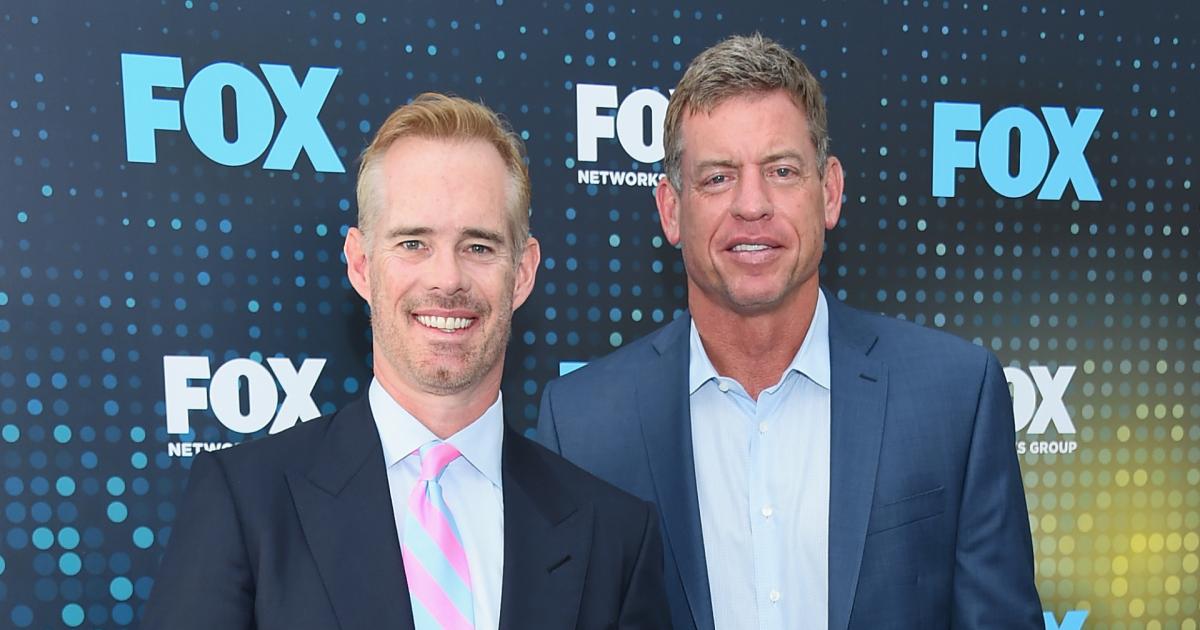 Just like that, Fox Sports has lost the other half of the Troy Aikman-Joe Buck broadcast tandem.

Andrew Marchand of the New York Post reported Friday that Fox Sports allowed Buck — who has one year remaining on his contract — to enter negotiations with ESPN as a “good gesture for his years of service to the company.” Marchand also reported that Buck and ESPN will likely reach a deal for Buck to join the network’s “Monday Night Football” broadcast.

MORE: How much Troy Aikman would make in move from Fox Sports to ‘MNF’

That, of course, means a reunion with Aikman is likely in the cards for Buck. The two first partnered up at Fox Sports in 2002. The former Cowboys quarterback said March 1 he would “love” to work again with Buck.

“I think a lot of partners get along, but to be as good friends as what we are — he truly is one of my best friends,” Aikman told Dallas television station WFAA. “He’s been a fantastic partner, in my opinion the best in the business. Yeah, there’s nothing I’d love more than to continue to work with him.”

It appears Aikman may get his wish sooner than expected. It’s worth noting that Aikman reportedly enjoyed a significant pay raise by leaving Fox for ESPN, with his new deal reportedly agreeing to a five-year, $92.5 million contract (or $18.5 million per year, comparable to Tony Romo’s deal with CBS).

Buck, who reportedly will leave $11 million on the table in 2022 by leaving Fox Sports, would be in line to receive a five-year contract from ESPN worth $60 million to $75 million, or between $12 million and $15 million per year.

It’s worth noting that Fox has been surprisingly willing to let both Aikman and Buck leave the network. Aikman claimed Tuesday that Fox allowed him to enter free agency after the two parties couldn’t agree to what he thought was a fair contract. But Fox never offered him a new deal, he said.

“Then Fox never jumped into the game. They never made an offer,” Aikman told Dallas-area radio station KTCK. “I didn’t have any conversations with Fox, until I got a call to congratulate me on my new deal. So that was a decision they made and it’s fine.”

Buck’s impending move to ESPN creates questions for him, Fox and ESPN. Buck also served as Fox’s lead play-by-play announcer for MLB coverage and called 24 World Series for the network. Fox will now need to find a replacement for him in both sports.

For ESPN, the question is how it intends to use Buck in its MLB coverage, and to what degree. The network signed a rights deal with MLB in 2021 that will begin this year and run through 2028. The agreement decreases the number of exclusive regular-season games ESPN will broadcast per year from 90 to 30 — 25 of which will be its “Sunday Night Baseball” broadcast.

Only Murders In The Building Season 2 Premiere Review: The Art of Murder!
Maya Vander Reveals Selling Sunset Exit Ahead of Season 6
Kyrie Irving explains decision to stay with Nets: All-Star guard opts in to final year of contract
Get $111 Worth of MAC Cosmetics Makeup for Just $45: Last Day for This Deal
Jacob Latimore Says LeBron’s ‘House Party’ Reboot Will Be Delayed