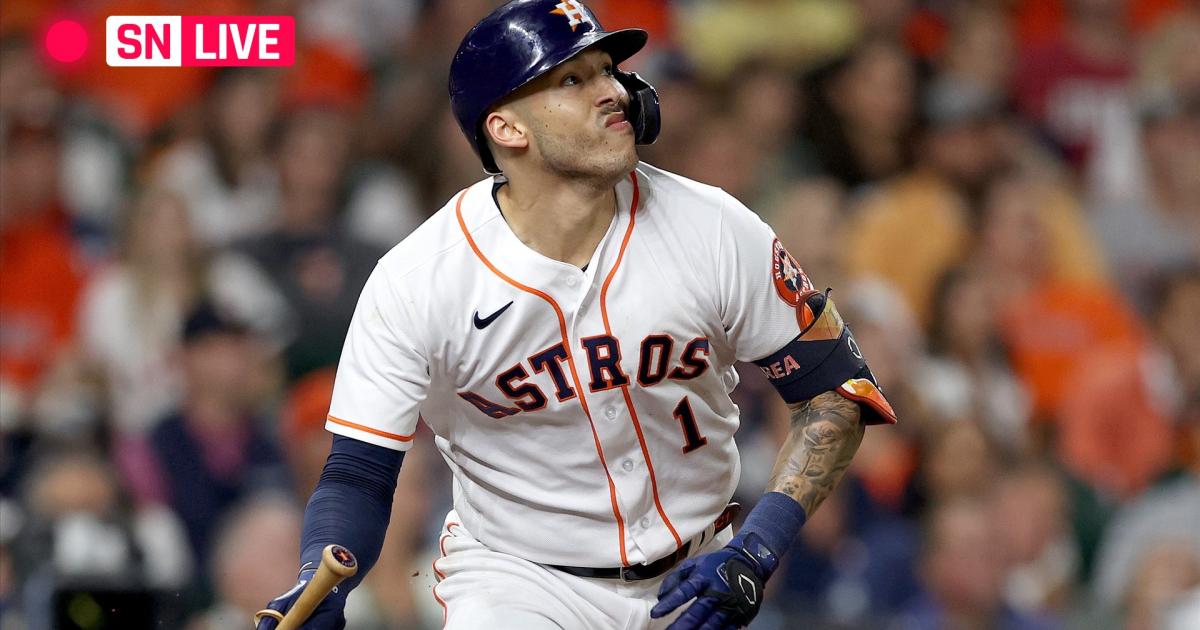 MLB and the MLBPA found the keys to a deal, and the lockout is over.

On March 10, the two sides reportedly agreed to a new CBA, thus ending the months-long owner implemented lockout and reopening the business of baseball, fast-tracking spring training and, ultimately, the start of the 2022 season.

To that end, there are still hundreds of free agents to be signed, plenty of trades to be made and more than enough business to be conducted between March 10 and April 8, the reported date for Opening Day.

Some of baseball’s best, including Freddie Freeman, Carlos Correa, and Kris Bryant are still waiting for new homes for the 2022 season, meaning that the next few days could offer seismic shifts for the start of the season when the signings

MORE: What to know about 2022 MLB schedule after lockout ends

The new CBA was ratified on March 10 just after 6 p.m. ET. The lockout is set to officially be lifted at 7 p.m. ET which will signal the re-start of free agency.

SN will be tracking all the latest deals, rumors and more following the return of the business of baseball below:

8:40 p.m. ET: So much for “pandemonium,” at least out of the gate. There still haven’t been any new free-agent deals or trades since MLB free agency reopened at 7 p.m. ET. Perhaps MLB GMs are gearing up for a late-night rush.

7:44 p.m. ET: No free-agent deals to report on yet, but Bob Nightengale reports that 16 teams will play their Opening Day on April 7 while 14 will have theirs on April 8. The first game on the schedule in 2022 will be a Red Sox-Yankees clash at Yankee Stadium.

Veteran @mlb player tells me and an MLB Official confirms. … unvaccinated players can’t play in Canada and under new CBA they will not be paid or receive service time for those games missed in Canada #wcvb

6:59 p.m. ET: Are the Yankees going to get Freddie Freeman? ESPN’s Buster Olney reports that rival executives are wondering if New York will move quickly on the former Braves slugger.

As the transactions begin, some rival executives curious about whether the Yankees attempt to move quickly on Freddie Freeman.

6:50 p.m. ET: The owners have officially voted to end the lockout meaning that the start of free agency is imminent. It will begin at about 7 p.m. ET when the lockout is set to officially be lifted.

On a technical level: the lockout will be lifted at around 7 p.m. ET, MLB says.

4 p.m. ET: For those who have been patiently waiting the restart of MLB, this should excite you just a bit:

Asked one agent on what he expects free agency to be like. “Pandemonium,” he said.

SN is tracking where the top 25 free agents, according to our list, will be signing. Deals signed by other free agents will be included in the section below:

Here are the top 10 MLB free agents available after the lockout, according to SN’s Ryan Fagan. You can see his entire list of the top 35 players here.

Why he’s here: Correa is one hell of a baseball player. The primary knock on him has been his struggle to stay healthy and on the field, but he played 148 games for Houston last year, popping 26 homers to go with 92 RBI, a 7.2 bWAR — that number led AL position players — and 131 OPS+. He’s an elite defensive shortstop — he won the Platinum Glove award as the AL’s best defensive player — and he’s been outstanding in the postseason, with an .849 OPS and 18 homers in 79 career playoff games. And, yeah, there’s the whole sign-stealing scandal that might rub fans the wrong way, but it’s hard to imagine that being an impediment for a team that sees Correa as a fit. A lot of people thought he’d be a great fit in Detroit, on an up-and-coming team with his former manager, A.J. Hinch, but the Tigers signed Javier Baez. The Rangers took two of the free-agent shortstops off the market (Corey Seager and Marcus Semien). So where does Correa land? The Yankees are still a possibility, if they open up the vault. Maybe he goes back to Houston? Philly? The Dodgers?

Why he’s here: Here’s what we wrote in November: “There’s just no way Atlanta can let him leave. None. Zero. But he’s a free agent, and he’s one hell of a player, so he’s on this list. Can you imagine how Braves fans would react if Atlanta offered Freeman a below-market deal and he left? It would be the shorted post-World Series honeymoon in the history of baseball.” Yeah … about that, well, the Braves didn’t offer him the right deal, apparently, and the chances of Freeman leaving seem a lot more real than they did a few months ago. Promise we’re not going to mention the Yankees for every player, but the idea of his lefty bat in the middle of that lineup with right-handed sluggers Aaron Judge and Giancarlo Stanton, taking aim at that short porch in right field at Yankee Stadium? That makes a lot of sense.

Why he’s here: After a largely forgettable 2020 season, Bryant reestablished himself as an All-Star caliber player in 2021, with the Cubs and the Giants. He won’t get the bank-breaking blank-check mega-deal he once seemed destined for, but what team that fancies itself a World Series contender wouldn’t want to add a middle-of-the-order bat who is capable of starting at five positions on the field? If we’re betting, we’d bet that he returns to San Francisco, especially after Buster Posey retired and the Giants lost his right-handed bat in the lineup.

Why he’s here: Castellanos, a shaky but passable defender, was helped by the news of a universal DH as much as any free-agent (other than maybe Nelson Cruz). Castellanos can hit, and he can hit anywhere. He’s the type of bat that helps a “meh” offense become a good offense, or a good offense become a great offense. Don’t overthink it. If your favorite team needs an outfielder (or a DH) and the offense needs a boost, Castellanos is the best option.

Why he’s here: Remember what we said about Castellanos? Same thing with Schwarber. The bat plays, at an elite level, and with the DH arriving in NL parks for 2022 and beyond, the lefty slugger should have no shortage of suitors once the machine starts back up. It’s funny, because as an outfielder who should be primarily a DH, that’s a drawback. But as a primary DH who can also play competent outfield for short stretches, it’s like a big bonus.

Why he’s here: Suzuki made his debut with the Hiroshima Carp at 18 years old, and by 21 he was a legitimate star in Japan. In his “worst” season — 2020, at Age 25 — he batted .300 with a .953 OPS, 25 homers and 75 RBIs in 118 games. He followed that with a spectacular 2021 campaign, blasting 38 homers in 134 games, to go with a .317 average and 1.069 OPS. Over at FanGraphs, Suzuki’s ZIPS projections put him in the 21-23 homer range for the next several seasons, which would represent a nice right-handed outfield power upgrade for lots of contending teams. So where will he wind up? He’s been connected to the Cubs, Giants, Red Sox, Mariners and Padres, among other teams. Basically, pretty much everyone’s interested, as they should be.

Why he’s here: Just a stellar bounce-back year. Shoulder concerns might limit teams’ willingness to offer multiple years, but a gamble on a short (one or two year) deal at a higher salary seems like it would be appealing to lots of teams. Not Scherzer/Verlander money, but significant. And it wouldn’t be bad for Rodon to get back on the FA market with a healthy year or two under his belt at 30 or 31.

Why he’s here: Another guy it’s hard to imagine anywhere other than the team he’s always played with. Kershaw’s been outstanding when healthy — his 3.00 FIP was his best since 2016 — but he hasn’t made more than 28 starts since 2015 (he made 22 in 2021). How do you figure out a contract for him? I still think he winds up back in L.A., but there’s noise about the Rangers. They signed Seager and Semien, but even with Jon Gray added to the rotation, they could use another starter. Also, convincing Kershaw to return home would give the rebuilding club more credibility — a huge boost at the gate on days he pitches.

Why he’s here: Did any player bump his value more than Soler in the postseason? It’ll be interesting to see how teams evaluate him; do they give more weight to his struggles in Kansas City in 2020-21 or his dynamic play with Atlanta? Obviously, he’s pleased with the universal DH development, too.