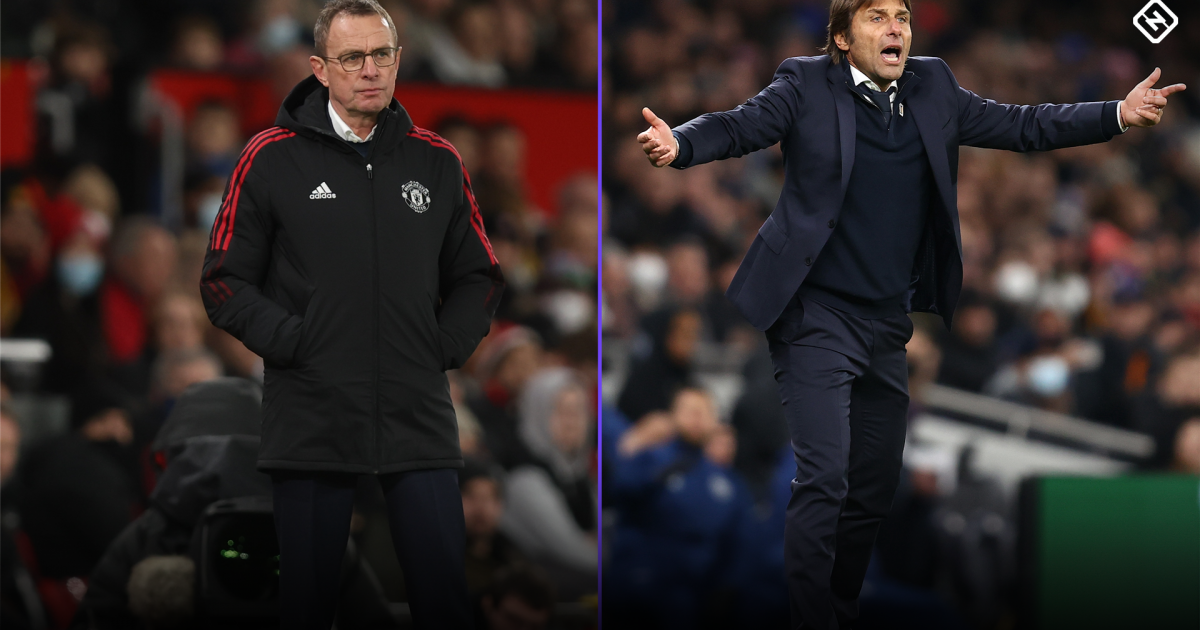 Manchester United takes on Tottenham Hotspur on Saturday at Old Trafford in what is set to be a huge encounter in the context of the race for the Premier League top four spots.

The hosts come into the clash in poor form, failing to win any of their last three games. Of course, their most recent display was a 4-1 defeat away to Manchester City in which they were comfortably second best, something that interim manager Ralf Rangnick will be desperate to reverse when they take to the field on Saturday.

On the other hand, Spurs have also struggled to build up a consistent form of late, winning three and losing two of their last fives games in all competitions. However, their 5-0 victory over Everton is bound to give Antonio Conte’s men a lot of belief that they can go to Manchester and claim all three points.

There is the potential for goals in this match, as both sides fight for their lives to secure UEFA Champions League qualification for next season.

How to watch Man United vs. Tottenham

USA: Saturday’s action live from Old Trafford will be broadcast to U.S. viewers exclusively on NBC streaming platform Peacock for subscribers only.

Canada: The match will also be streamed live in Canada live on DAZN, the home of the Premier League.

Cristiano Ronaldo missed out on the derby defeat against Man City last time out due to a hip problem and is a doubt to face Spurs on Saturday. Fellow striker Edinson Cavani is also a doubt despite nearing a return from a groin injury. With the top two forwards likely to miss the match, that could prime Marcus Rashford for a start at center forward as speculation over his future continues to grow.

Defenders Raphael Varane and Luke Shaw recently contracted COVID-19, and it will remain to be seen whether Ralf Rangnick views either as fit enough to start the crunch clash. Varane has arrived back in training in the last couple of days following the illness, however, Shaw’s prospective return to the fold for the Red Devils so far remains unclear.

Much-needed good news for #mufc: Varane back in training https://t.co/8znUEbiMY6

Diogo Dalot may get the nod over Aaron Wan-Bissaka after the latter put in an unconvincing performance away to their city rivals last week.

As for the visitors, they will be without Ryan Sessegnon who was withdrawn from their Everton triumph with a muscular issue. Sergio Reguilon is expected to take his place, following his goalscoring exploits on Monday night.

Japhet Tanganga is nearly over the worst of a knee injury which would see him make the matchday squad, whereas Oliver Skipp is unavailable due to a groin issue.

No other injury concerns have been reported for Spurs ahead of the top-four showdown.

More: How the Premier League’s top-four race is shaping up

Both sides carry an element of unpredictability with regards to their recent form, making it difficult to separate the two sides at first glance.

This could create a high-scoring game, as the two teams have truckloads of attacking quality and talent combined with defenses that are prone to leaking excess goals from time to time.