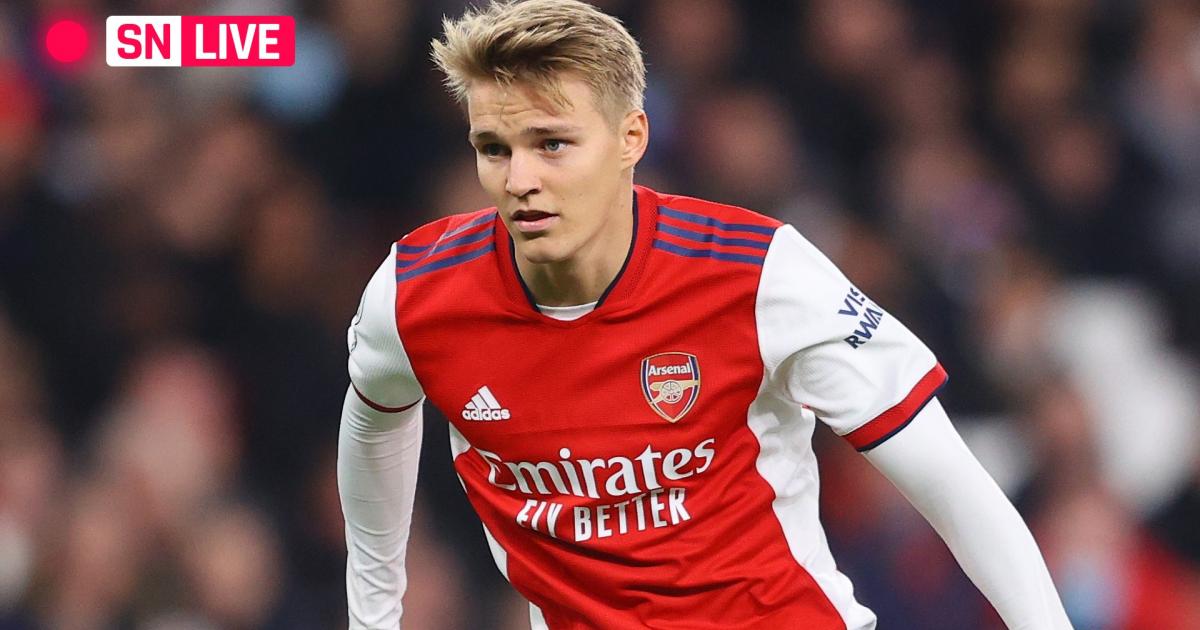 Arsenal face another crucial match in their top four challenge with Mikel Arteta’s team at home to Leicester City in the Premier League on Sunday.

The Gunners enter the match on a four-game winning streak in the Premier League with Arteta’s side firmly in the hunt for a top four finish and qualification for next season’s Champions League.

Manchester United’s victory over Tottenham Hotspur on Saturday lifted them back above Arsenal and into fourth spot in the table, but the Gunners hold four games in-hand over their Old Trafford rivals.

Meanwhile Leicester City are also in good form. Brendan Rodgers’ side have struggled for much of the 2021/22 campaign, but have won their last three matches in all competitions. Can they keep that run going in North London?

4th min: It’s a good start from both sides, Leicester have come to cause a problem for the hosts with their approach. Lacazette does well to get on the end of a long ball when Amartey looked to have the situation under control, but the forward isn’t back in position for Saka’s reverse pass into the area.

2nd min: Arsenal go long from the kick off as the few latecomers take their seats in the stand. The atmosphere is good. Leicester are pressing high up early on, which will hopefully lead to an exciting game.

12:28 pm: The teams are out and lining up for the kick off in North London, which is just moments away.

12:16 pm: An interesting comparison from the visiting team’s twitter account. Arsenal’s Norwegian midfielder has kept everything ticking in the Gunners attack in recent weeks, but James Maddison was seen by many as a possible option for the North London side if they didn’t get their man. The two go head to head today, and whoever maange to stamp their authority on the game will give their team a big boost.

Ahead of #ArsLei in the #PL, we’ve compared the stats of Martin Ødegaard and James Maddison 📊

11:32 am: Well, the earlier report was only half right. Lineups are in, and Smith Rowe does not start, but does make the bench. Leicester City has a heaping of players missing out due to injury, including Jamie Vardy, while Youri Tielemans and Wilfred Ndidi are on the bench.

11:22 am: Team news is imminent, but initial word from the Emirates is Emile Smith Rowe has not proven fit to take part, a miss for an otherwise healthy Arsenal side.

My understanding is Smith Rowe is not involved today. Martinelli starting.

10:45 am: Arsenal is one of the most in-form teams in the Premier League, with the Gunners taking firm control of the push for the final Champions League place. And still, there is no room for error.

No side has earned more points over their last 10 #PL games than Arsenal, level only with #MCFC 📈

While #LCFC have won their last 4 in all comps, they’ve only won 1 of their last 7 away games.

Can the Gunners do the double over the Foxes for the 1st time since 2015/16? #ARSLEI pic.twitter.com/GeHKxDL8RL

10:30 am: Good afternoon and welcome to Sporting News’ live coverage of the Premier League fixture between Arsenal and Leicester City. This will be another crucial match in the race to finish in the top four this season!

Arsenal hope for a repeat of last time out against the Foxes, when the Gunners won 2-0 thanks to goals from Gabriel and Emile Smith Rowe, although a key save by Aaron Ramsdale helped preserve the victory.

Last time out against Leicester 😍

It’s good news for Mikel Arteta, as he has almost his whole squad available to him. Takehiro Tomiyasu is the only player who is expected to be unavailable, with the Japanese defender still working his way back from a calf injury.

Arsenal’s squad is strengthened by Emile Smith Rowe‘s return to full training, after missing their previous match at Watford with COVID-19. Without European cup competitions to worry about, Arteta hasn’t had much need to rotate heavily, and that’s likely to be the case in this game too, with Arsenal’s starting lineup fairly consistent.

As for the visitors, the list of absences begins in attack with talismanic forward Jamie Vardy out for weeks with a knee injury. That will be offset by the return of regular center back Wesley Fofana who has been working his way back from a broken leg. A return to selection was pencilled in for the Thursday game against Rennes, but that didn’t happen after he tested positive for COVID-19.

🤔 Would they be challenging for a Champions League spot with everyone fit?

Even with Fofana, Leicester will be a little light at the back: Jonny Evans (thigh), Ryan Bertrand (knee) and Timothy Castagne are all out. Ricardo Pereira‘s involvement is also uncertain following a thigh injury, meaning James Justin and Luke Thomas may be the starting full backs for Leicester.

While Leicester have improved in recent weeks, their league form away from home is still far from encouraging. Coming on the back of a midweek game, against a well-rested Arsenal, the visitors may find this game tough going.

This late Seniorman strike extended our #UECL advantage ahead of the return leg in France next week ⚽ 🎥 pic.twitter.com/ccANljqlc0

Arsenal don’t tend to blow teams away, but they do tend to control games well, and are very solid defensively. All the signs point to a professional win for the hosts, to keep up their winning form.

How to watch Arsenal vs Leicester

USA: Sunday’s action live from Emirates Stadium will be broadcast to U.S. viewers on USA Network (English) and Telemundo (Spanish) with both those channels streaming on fuboTV, which is available to new users on a free trial.

Canada: As with all Premier League matches in Canada, the match can be streamed live and on demand via DAZN.