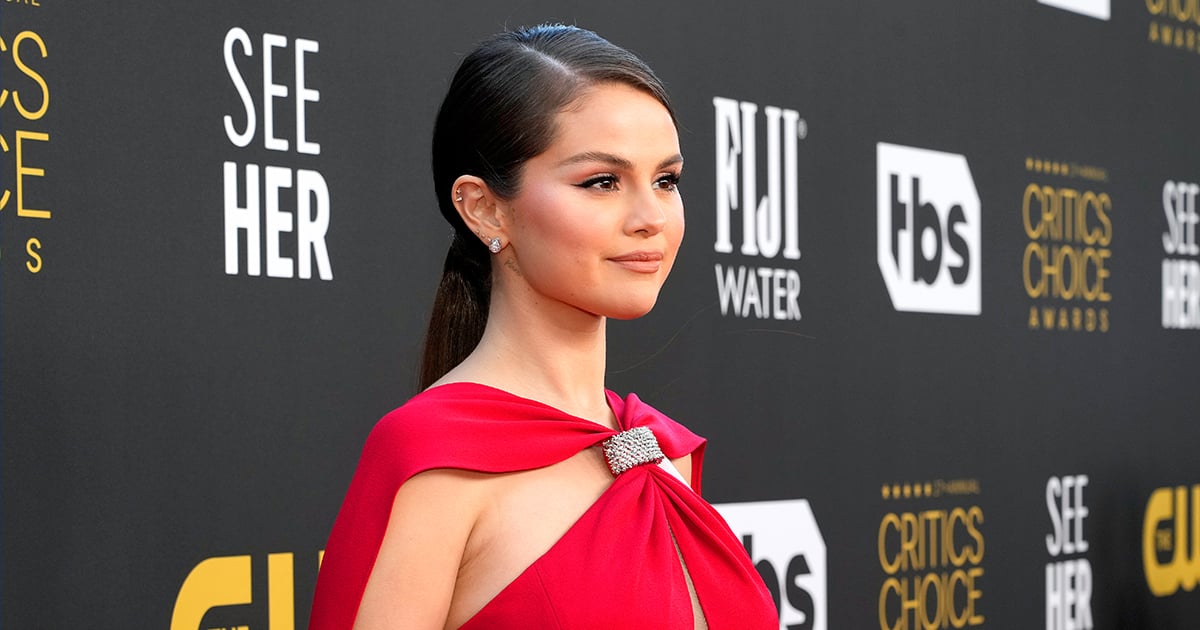 Selena Gomez has arrived at the Critics’ Choice Awards. Wearing a stunning shade of red to match the carpet, Gomez posed in a halter-neck gown custom-made by Louis Vuitton. The silk creation came with a matching scarf as a train, affixed by a sparkly ring. Her hair was pulled back into a sleek, low pony, drawing attention to her statement arrow earring, which she paired with gorgeous silver jewelry, all from Boucheron. Gomez is nominated for best actress in a comedy series for her performance in “Only Murders in the Building” alongside Elle Fanning, Renée Elise Goldsberry, Sandra Oh, Issa Rae, and Jean Smart.

The actor’s red dress is a departure from the black Oscar de la Renta number she wore just two weeks ago at the SAG Awards. Then, Gomez posed in a custom velvet gown with puff sleeves and a subtle wraparound cutout. Red was the color of choice at the Critics’ Choice Awards, as Gomez joined many others dressed in the vivid hue, including Elizabeth Olsen, Issa Rae, Kaitlyn Dever, and Chrissy Metz.

Ahead, get a closer look at the star’s latest red carpet ensemble.