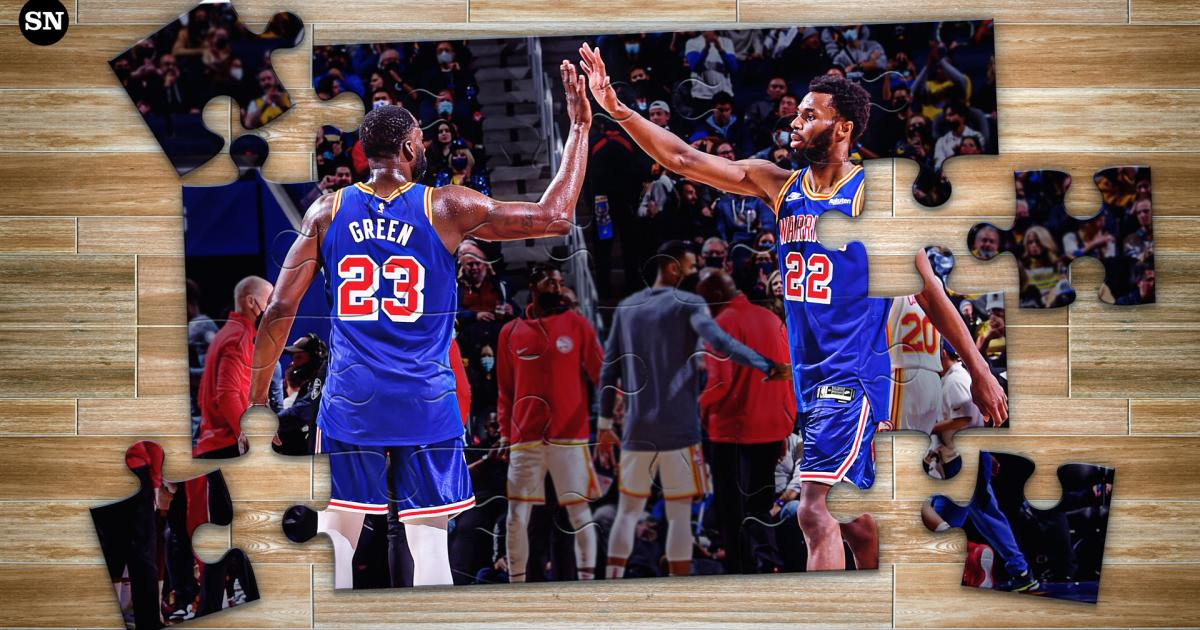 There has been a lot written about the synergy between Green and Steph Curry. While those two certainly work extremely well off each other, Curry has actually shot the ball a shade better this season with Green off the floor. It’s been some of the other more limited creators on the team who have missed Green’s presence a lot more.

Andrew Wiggins in particular has looked like a completely different player since Green went out of the lineup on Jan 6. Wiggins has seen his scoring average dip from 19 points per game to 15.4 per game and hasn’t looked like the same player mentally. He’s been far less aggressive, less willing to drive, and his free throw shooting has plummeted.

That free throw shooting lapse deserves close attention. Since Jan. 14, Wiggins has shot just 2.2 free throw attempts per game and made only 44 percent of those attempts. Before that date, he was hitting 71 percent of his 3.6 attempts per game. He has looked like a player afraid to get to the line. Curry has even gone so far as to publicly say that they need more aggressiveness from him.

It’s possible that Green’s absence coinciding with Wiggins’ downturn is an example of correlation rather than causation. There have been some other factors that could be responsible for Wiggins’ dip in play besides missing Green. Klay Thompson came back into the rotation a few games after Green exited, and there has been an adjustment period for everyone involved there. Wiggins also has a history of randomly disappearing for stretches. But there might be something to the idea of Green being a Wiggins whisperer on the floor. Perhaps the return of Green can get Wiggins back to playing at that All-Star level.

Green has been one of the leaders of the Warriors, and he’s taken it upon himself to help Wiggins reach his full potential. After trading for him last season, Green noted his belief in Wiggins’ talent.

“He wants to be really good. I take that upon myself as a leader of this team, as one of the older guys on this team. … I want to help him do that any way I can.”

Wiggins has embraced that mentorship from Green, and credited Green during his All-Star media availability with helping to teach him how to become a better defender.

“Just learning, just by watching. You know, Draymond is a defensive specialist — one of a kind, all over the place,” Wiggins said about how Green has helped him on the defensive end. “Even if I’m on the bench and he’s in the game, just watching his movement, watching what he does, how he anticipates stuff and just picking his brain, like, ‘What did you see there? How did you get there?’”

More than that defensive tutelage, Green has made sure that Wiggins has stayed aggressive on the court. Green has never been shy about expressing his opinions. It seems to have fired up Wiggins at times, such as when he responded to Green’s in-game yelling with a big dunk.

good sequence here…Draymond screams “COME ON” in Wiggins’ face after conceding an important rebound, and then this is how Wiggins responds at the other end: pic.twitter.com/s7b621zzpg

Wiggins’ long stretches of seemingly disappearing from the court were commonplace when he was a member of the Timberwolves. But Green had taken it upon himself to eradicate those problems on the Warriors. He even ordered Wiggins to shoot the ball in the final possession of blowouts and told the media about taking on that responsibility of firing Wiggins up.

Draymond on Wiggins: “He’ll continue to play aggressive. I’ll make sure of that.”

Green has also been one of Wiggins’ biggest hype men when he has performed well. He was so excited upon learning that Wiggins had made the All-Star team that he forgot to congratulate Curry on that same honor in the team’s group text.

Talent has never been the issue for Wiggins. It’s been the mental side of the game where he has struggled. Green seemed to have gotten through to him earlier in the season. He will have to do it again when he returns to the floor on Monday.