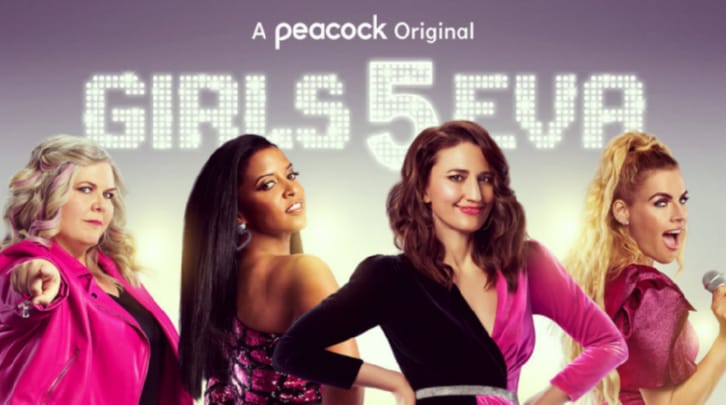 Season 2 of Peacock’s GIRLS5EVA to Premiere on Thursday, May 5 with Three Episodes at Launch and Weekly on Thursdays

5 has always been our favorite number. 🤩 A new season of 🎶 #Girls5eva 🎶 starts streaming 5/5

QUOTE FROM SHOWRUNNER/EP MEREDITH SCARDINO ON THE NEW SEASON

“Season 2 of ‘Girls5eva’ answers the simple question: What would happen if ‘Girls5eva’ was renewed for a second season? We are so excited to share the next chapter in Dawn, Wickie, Gloria, and Summer’s journey as they enter ‘Album Mode’ and embark on making their first studio album on their own terms.”

A one-hit-wonder girl group from the 90s that was churned through the pop music machine reunites to give their dreams another shot. This time they’ll try again on their own terms.

Produced By: Universal Television, a division of Universal Studio Group

Title: Featured Session: Peacock’s Girls5eva is Ready for The Comeback