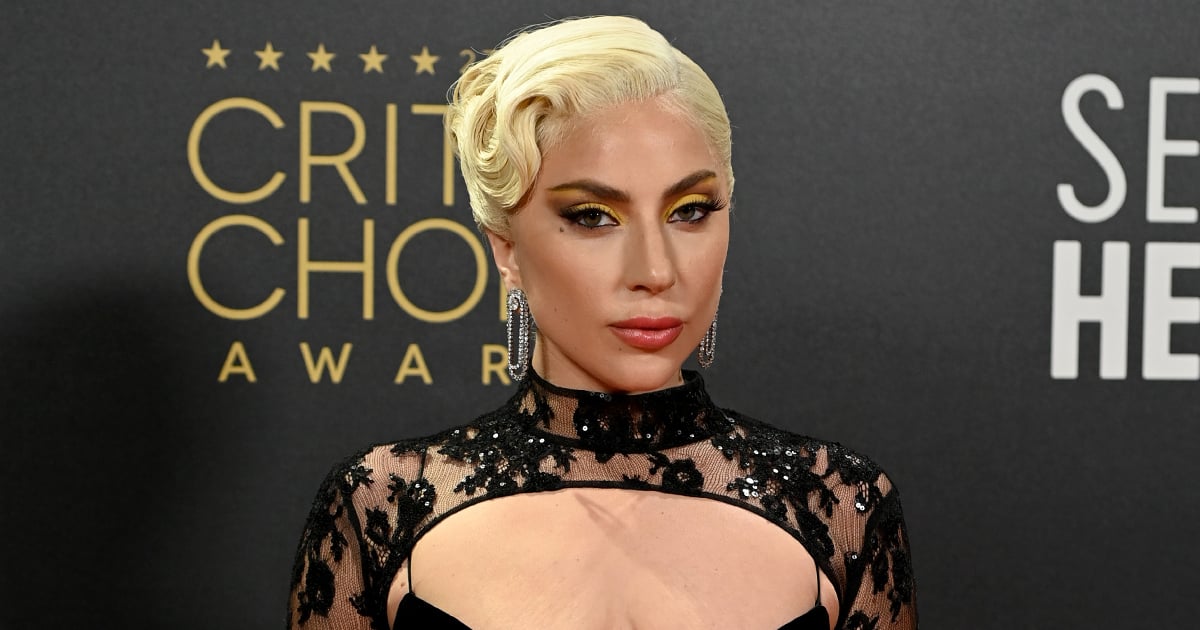 Lady Gaga is back on yet another red carpet, merely a few hours after making an appearance at the BAFTAs. Gaga arrived at the 2022 Critics’ Choice Awards on Sunday evening in a unique ensemble custom-created by Gucci. Styled by Tom Eerebout and Sandra Amador, the striking gown was made of multiple pieces, including black pasties, a black lace turtleneck shrug, and a pastel yellow skirt featuring a dramatic mermaid train adorned with sparkly sequins. For accessories, Gaga chose diamond earrings and a bracelet from Tiffany & Co.

The striking look was a complete transformation from earlier in the day, when the actor-singer dressed in another custom dress, a forest-green velvet and silk taffeta dress by Ralph Lauren, which took over 150 hours to make by hand. The Critics’ Choice Awards took place in both Los Angeles and London on March 13, with Gaga joining live from the UK after attending the BAFTAs. She was nominated for her role as Patrizia Reggiani in “House of Gucci” for best actress, alongside contenders Jessica Chastain, Kristen Stewart, Alana Haim, Nicole Kidman, and Olivia Colman.