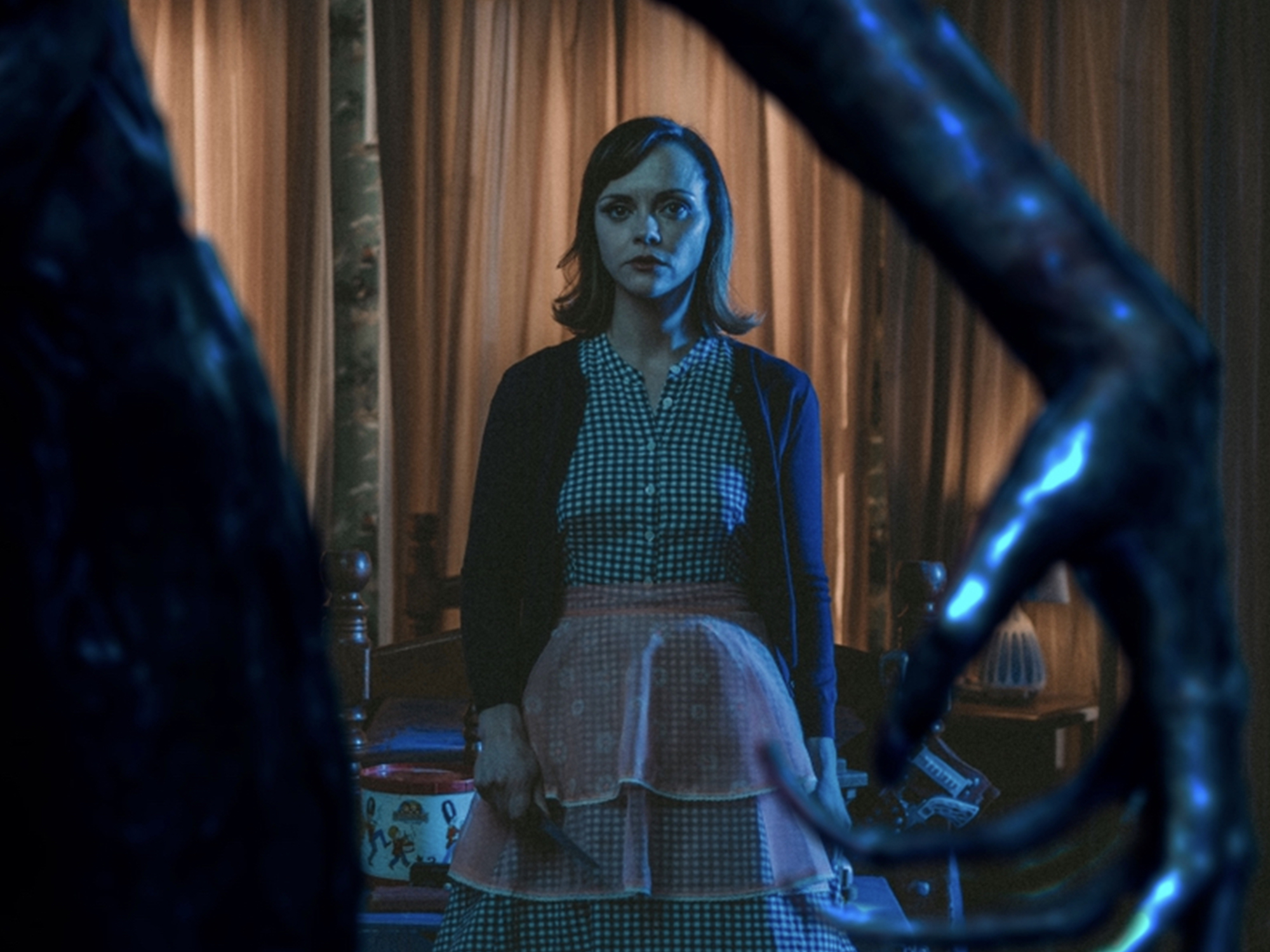 Christina Ricci is a mother on the edge in Chris Sivertson’s lakeside creature feature.

It’s your new home. Isn’t it wonderful? It’s like a dream.”
So says Laura Butler (Christina Ricci) to her seven-year-old son Cody (Santino Barnard) of the Californian lakeside house that they have just started renting. Indeed, while the title of Monstrous certainly signals horror to come, this property is bright and breezy, with pastel pink and yellow interiors – more ideal home (like the ones pictured in the women’s magazines that Laura reads) than house of the haunted variety that typifies the genre. Mother and son are in flight, though, having retreated, in a pretty blue 1959 Cadillac, from Laura’s ex-husband Scott – but now their past family trauma is behind them, and their new life seems idyllic. Indeed, when Laura’s mother asks down the phone if she should come and stay for a while, Laura will say, “I don’t need any help. Everything’s perfect.”

Yet for all Laura’s protestations of contentment, cracks soon appear in the wallpaper of this otherwise picture-perfect lifestyle, bringing to the veneer of wholesome Fifties Americana an undermining element of Lynchian nightmare. Laura secretly necks miniatures, and has been on medication. Cody appears to be having trouble fitting in at his new school or making any friends. And even as Laura’s dreams are interpenetrated by the B-movie lagoon creature that featured, as she fell asleep, on the house’s temperamental old television set, Cody claims that a watery monster comes to his room every night from the lake. Like any loving mother, Laura reassures her terrified son that the monster is not real – but the real alarm sets in when Cody stops fearing and starts embracing this nocturnal visitor, now regarding the ‘pretty lady’ from the pond as his ‘best friend’ who has come to take him ‘home’.

Directed by Chris Sivertson (The Lost, 2006; All Cheerleaders Die, 2013), Monstrous only reveals its title after we have seen little Cody hearing a female voice calling his name and hiding under his bed sheet from an approaching shadow that turns out to be his mother, waking him for their long drive to California. In this way, chirpily loving Laura is herself cast from the start as a candidate for the promised monstrousness, even as a threat to Cody. The rest of the film will show Laura’s smile gradually fraying and her apprehensions setting in, as dark, dripping reality keeps intruding upon the otherwise immaculate home that she has made for her son. In a masterclass of anxiety, Ricci expertly allows every strain and tension to register on her well-groomed face, wearing the film’s psychodrama as a cosmetic mask.

Drawing on films as varied as Gary Ross’ Pleasantville (1998), Martin Scorsese’s Shutter Island (2010) and Jennifer Kent’s The Babadook (2014), Carol Chrest’s screenplay takes a fluid approach to genre in its domestication of grief and guilt. While many viewers will be able to see where it is going from early on, there remains immense craft and elegant economy to the storytelling here, with exposition confined either to purely visual c(l)ues, or to ambiguous snatches of dialogue. So this oneiric odyssey remains uncanny precisely by leaving the subtleties of its careful structure and the breadcrumbs of its buried secrets to haunt our minds in its post-credits afterlife.