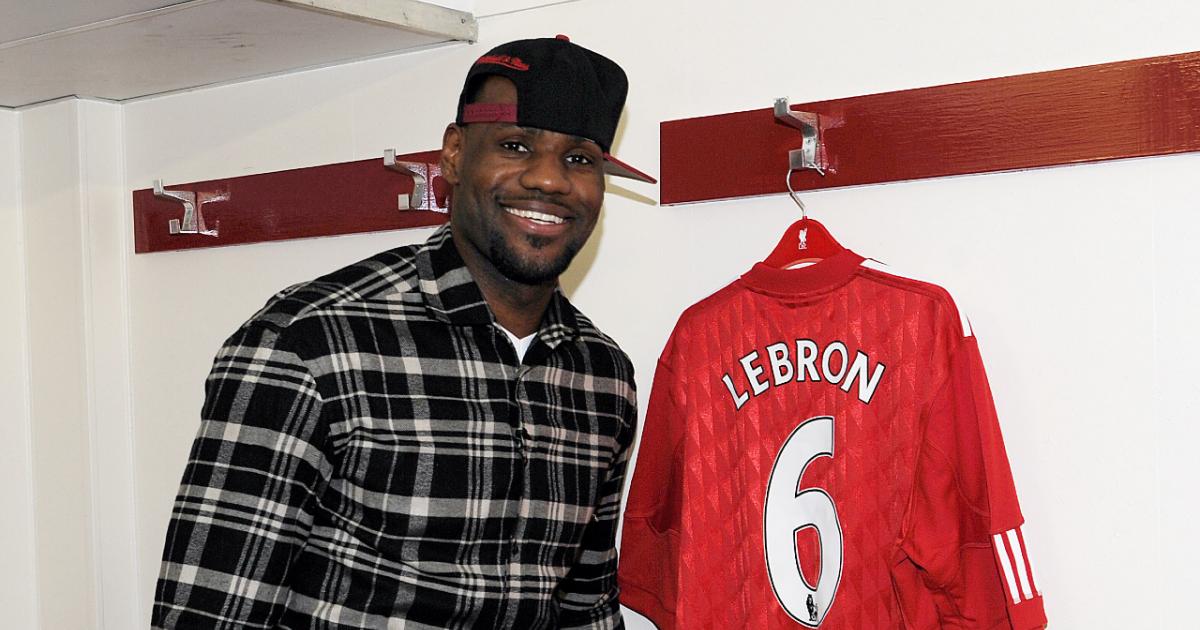 While Los Angeles Lakers star LeBron James is famous for what he does on the basketball court, his involvement in another sport could go unnoticed.

The American regularly takes to social media to share his love for Premier League giants Liverpool and he’s got more reasons than one to cheer them on.

LeBron James and his ties to the Reds have existed for over a decade. The Sporting News explains his involvement in the club, first taking root via an inspired business deal that has only grown his passion for Liverpool Football Club.

They both get votes 🗳 from me! https://t.co/3FvsnLXsW8

Does LeBron James own Liverpool?

A key reason for James’s love for the Reds is the fact he’s held a minority ownership stake in the club since 2011.

As part of a sponsorship deal with Fenway Sports Group (FSG) at the time, the basketball star secured two percent of Liverpool for £4.7 million ($6.5m) alongside business partner Maverick Carter.

James watched a game at Anfield following his acquisition and was taken by the support for the club.

“One of the single best experiences of my life! The excitement that these fans have is like no other,” James said.

In 2021, James’s stake in the club was increased by an undisclosed amount after he became an official part of the FSG ownership group.

Carter was also added to the group and admitted he and James always saw themselves becoming more involved.

“Working with Fenway Sports Group for the past decade has taught LeBron and me so much about the business on a global scale, and we’ve always believed it would lead to something bigger,” Carter said.

“We are proud to be part of this iconic ownership group and are excited about the opportunities that come with that to continue creating change and empowering people of every race, gender and background to be part of the process.”

Is LeBron James a Liverpool fan? Will he be at the Champions League final?

Considering his ownership stake, it’s no surprise that James is a fully-fledged fan of Liverpool.

The four-time NBA champion and MVP is regularly seen sporting Reds gear and often takes to social media to celebrate the team’s success.

Although James would be a guest of honor at the final as one of Liverpool’s owners, that didn’t stop former Liverpool player Jamie Carragher to extend an invitation to Paris where the Reds will face Real Madrid.

“LeBron, if you want to come to Paris you can join us and the CBS team and you can be my guest. I’m pitchside and I want you next to us in Paris,” Carragher said.

“Give us the support we need to win that seventh European Cup. Come and join us big man!”

When LeBron first got involved with the Reds in April 2011, the club were going through a rough patch on the field.

Liverpool finished sixth in the Premier League and failed to win a trophy across the 2010-11 season, notably being knocked out of the League Cup by Northampton Town.

Fast forward just over a decade and Jurgen Klopp’s side are making a bold bid to win every trophy on offer.

The Reds have since also ended their 30-year league title drought and lifted the Champions League once again since James got on board.

Performances on and off the pitch have seen Liverpool’s overall value soar, with James’s initial stake now reportedly worth close to 10 times the amount he paid for it over a decade ago.