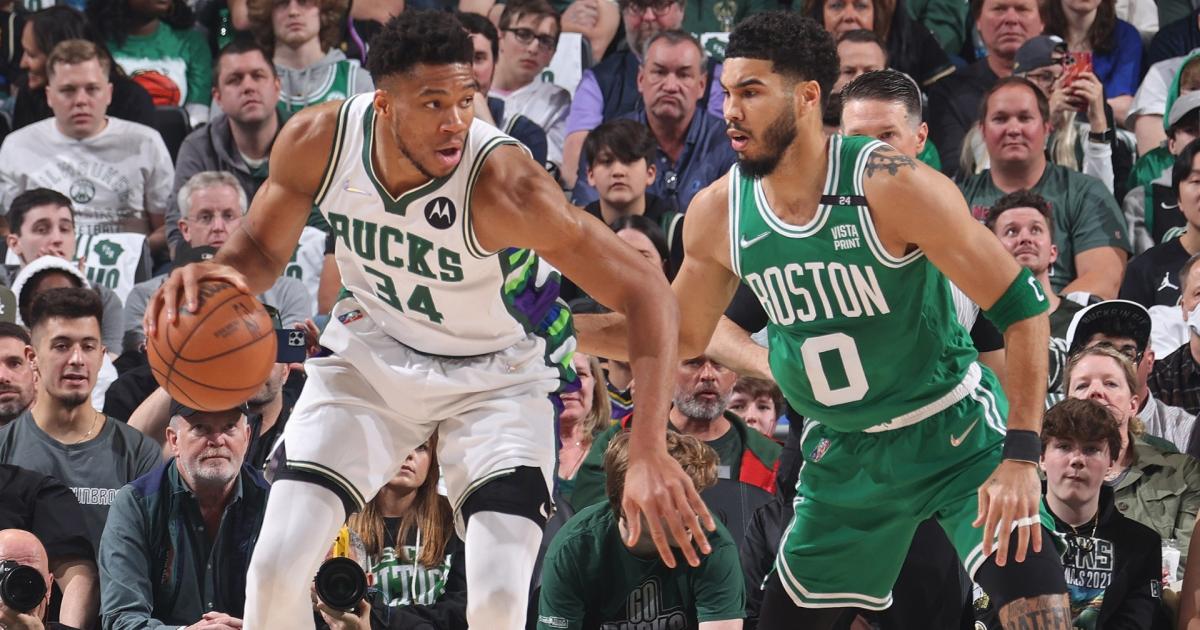 It’s only right that the second-round series between the Bucks and Celtics is going to a Game 7.

Giannis Antetokounmpo made history in Game 6 by posting 44 points, 20 rebounds and six assists, but it wasn’t enough for the Bucks to overcome a big-time performance from Celtics star Jayson Tatum.

The two teams will now battle in Game 7 in Boston. The winner will advance to the Eastern Conference Finals to face the Heat, who took down the 76ers in six games in the second round.

Here’s everything you need to know ahead of Game 7.

What channel is Bucks vs. Celtics on?

Game 7 of the second-round series between the Bucks and Celtics will be broadcast on ABC. The announcers for this contest are still to be determined.

The game can be live streamed on Sling TV.

Viewers in the U.S. can stream every NBA Playoff game live on SLING TV. With the SLING Orange Sports Extra package, get $10 off your first month now with access to ESPN, ESPN2, ESPN3, TNT and NBATV. NBA Playoff games on ABC are simulcast on ESPN3, which is included with SLING Orange, available for $35 per month including $25 the first month for new subscribers.

MORE: Watch the NBA Playoffs on Sling TV (U.S. only)

What time does Bucks vs. Celtics start?

The Bucks and Celtics will battle in Game 7 on Sunday, May 15. The game will tip off shortly after 3:30 p.m. ET and be played at the TD Garden in Boston.

Here is the full schedule for the second-round series between the Bucks and Celtics: