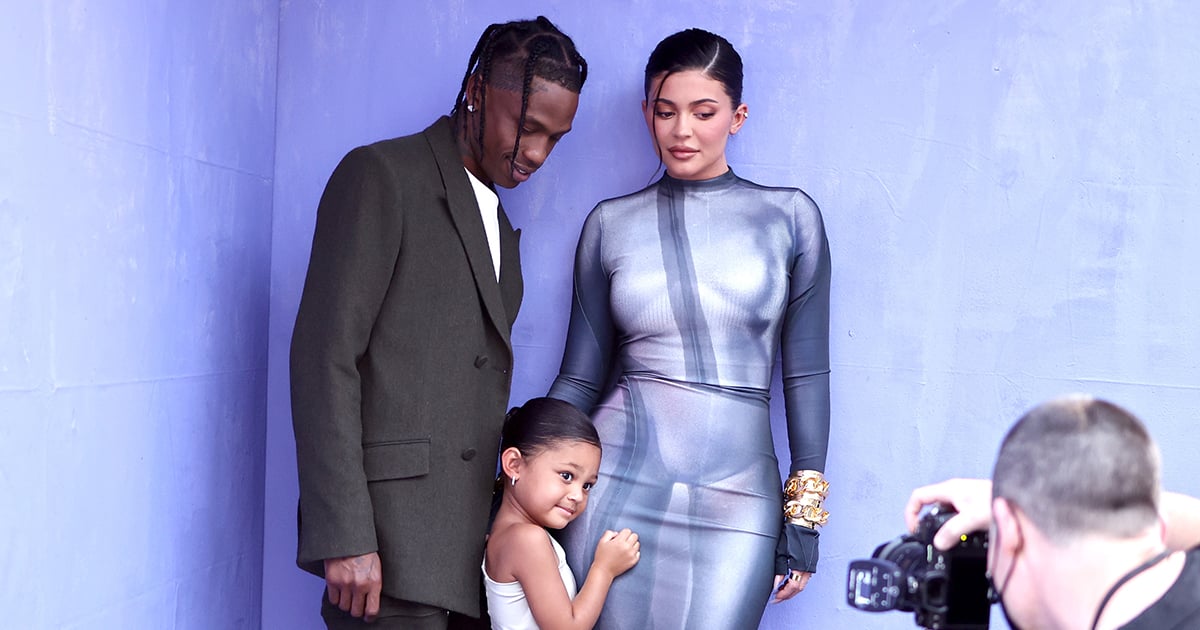 Kylie Jenner and Travis Scott made a rare public appearance as a couple at Sunday night’s Billboard Music Awards. For their first red carpet together since welcoming their baby boy in February, they posed in striking looks with their 4-year-old daughter, Stormi Webster, in tow.

The Kylie Cosmetics founder dressed in a form-fitting gown in a cool gray hue, accessorizing with chunky gold bracelet cuffs and matching heels, all from Balmain. The floor-length number comes from the designer’s fall/winter 2022 collection. Webster wore an all-white outfit consisting of a one-shoulder minidress and high-top sneakers from Rick Owens.

Jenner last appeared on a red carpet at the Met Gala earlier in May, where her contemporary Off-White bridal gown (designed by the late Virgil Abloh), ruffled skirt, and matching floral trucker hat caught the internet’s attention.

Take a closer look at the family on the BBMAs red carpet below.