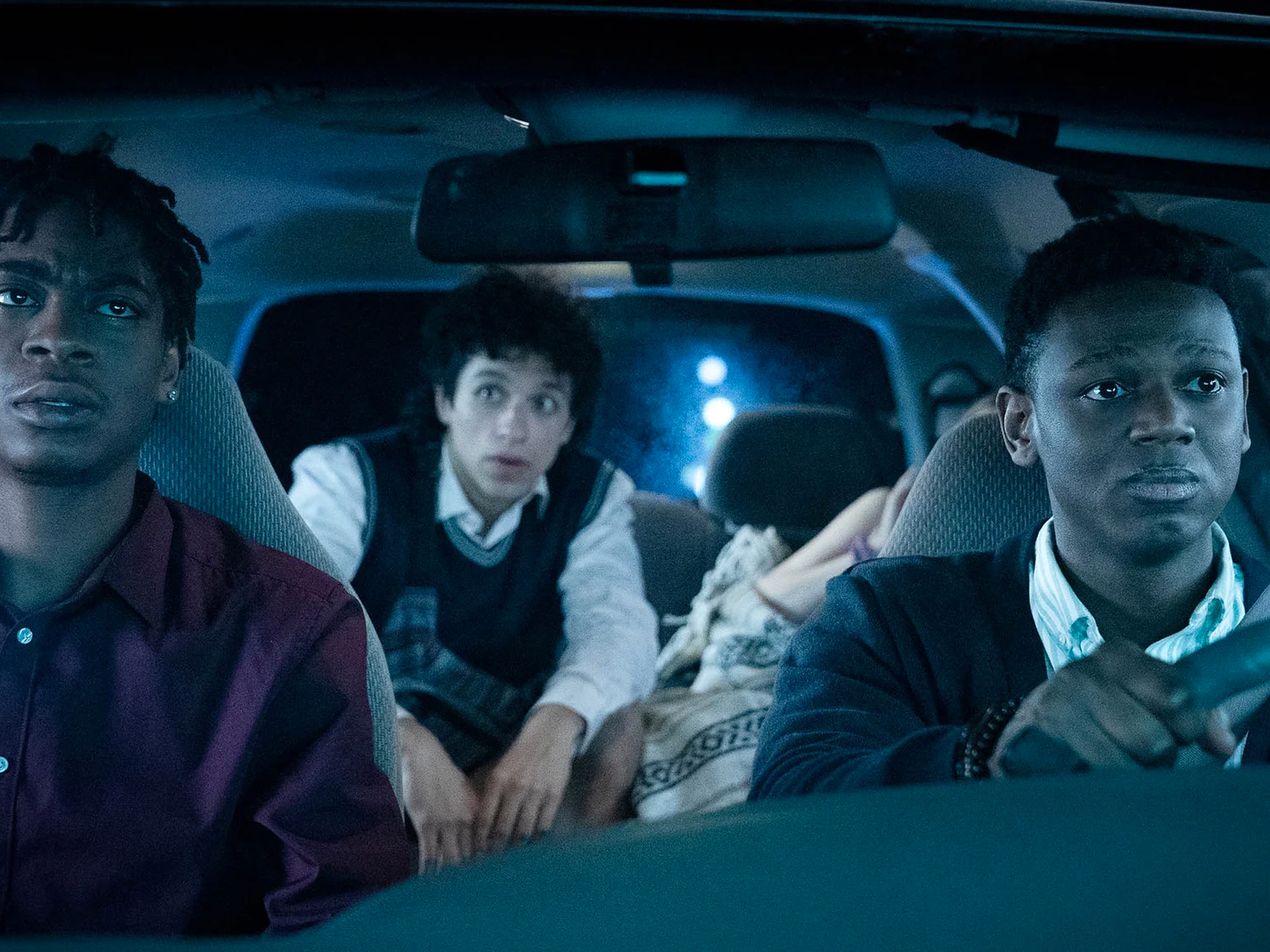 Two friends on the verge of graduation make a declaration: they’re gonna make it onto ‘the wall’. More specifically, the Black Student Union’s wall of fame, where the achievements of black students who were the first to attain something are memorialized for future generations. They’re gonna have fun with it, though, and celebrate the end of their studies by being the first students to attend all seven major college parties in a single night.

Yet when Kunle (Donald Elise Watkins) and Sean (RJ Cyler) return to their place to prepare for the parties, there’s a problem: a white girl is roofied and unconscious in their living room. Do they call the cops? They’ve done nothing wrong. But as we’ve seen more and more often in recent years, doing nothing wrong doesn’t mean anything when you’re a black person interacting with police.

Fresh off a screenwriting award at Sundance Film Festival comes Emergency, a comedy tackling party culture and police racism directed by Carey Williams, using light-hearted absurdity to emphasize how entrenched racial divides impact our experiences by taking them to the extreme. A situation where three guys spend an entire night driving a passed-out white girl in their car to avoid confrontation, only to make their situation worse, seems ludicrous until you realize how possible it is, and how dangerous this situation could be.

As the stakes keep rising, humour is perhaps the only way to come to terms with the danger at hand. The stress brings differing opinions and confrontation to the fore at its most serious in the latter half, but it’s hard to disagree with any view when no matter what, helping this victim could make them victims themselves.

This internal conflict between doing what’s necessary with the deck stacked against them drives this socially-relevant comedy-thriller, but it does often feel unfocused in its uncertainty on where to take the hanging threads of its central conflict. The two party planners initially plan to party without their roommate Carlos (Sebastian Chacon) who joins them in helping Emma (Maddie Nichols), but his inclusion offering a different Mexican-American perspective on the situation often feels similarly like an afterthought.

Ideas that complicate the varying opinions on what to do next are often left unresolved too. We’re reminded of Kunle’s honor student status often, yet this interesting thread of how the societal call to be the ‘model Black person’ doesn’t avoid police conflict is reiterated but never explored in any depth.

Still, it’s hard not to appreciate how effortlessly every joke of Emergency is underlining the stark message of systemic racism underpinning its reality, only made more grave by the antagonistic white force overshadowing their efforts to do the right thing in an unconventional way. Any flaws the film has in its pacing make it no less of an essential viewing experience, with an air of unpredictability in its final act and enough to say to stick with you after the credits roll. They may not have their party night, but it’s not one they’ll forget any time soon, either.

A feature-length remake of a well-received short, but follows a disappointing debut feature.

A strong balance between comedy and stark social commentary.

Uneven yet ultimately entertaining college comedy on race and relationships.