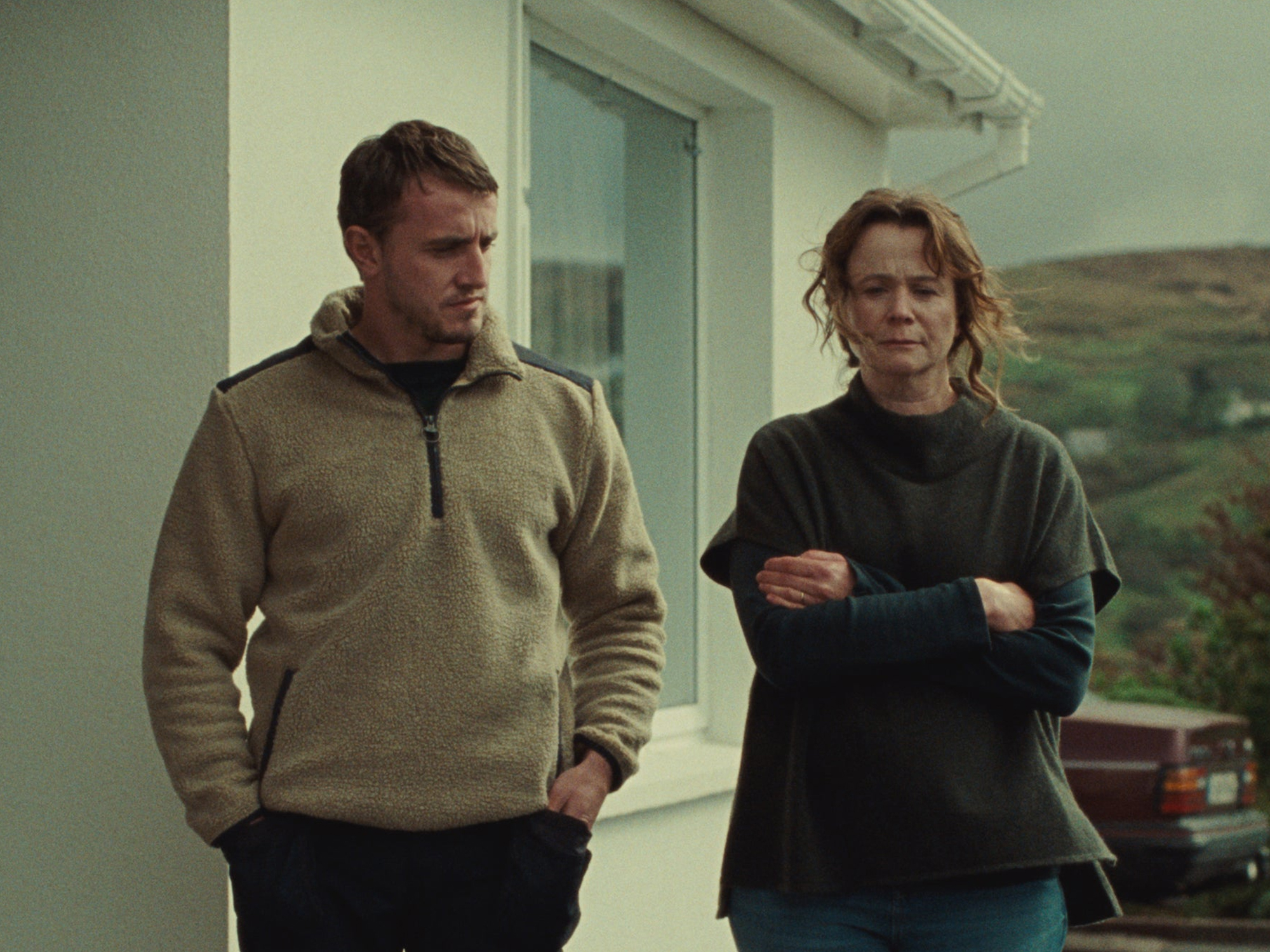 Emily Watson and Paul Mescal enter into a battle of mother-son wills in this gorgeously-mounted but unoriginal Irish thriller.

Seven years on from her feisty, calling-card debut feature, The Fits, director Anna Rose Holmer returns with something completely different. Gone is the percussive, hypnotic style of that stellar first film, and in its place comes something more serene, serious and classically-minded.

Holmer co-directs God’s Creatures with Saela Davis, and brings her luxe visual sensibility to this age-old tale of a black sheep boy returning to the family nest and causing all sorts of emotional ballyhoo. Said son, Brian, is played by man-of-the-moment Paul Mescal, who slinks into the role of a dirty-rotten oyster farmer with a sideline in illegal salmon poaching, among other nefarious bits involving local songbird Sarah, played by Aisling Franciosi.

The film sees him expertly play on the doting affections of his saintly, community-minded mother, Aileen, who is beautifully realised by the always-great Emily Watson. What initially plays out as a grim social realist portrait of hardscrabble lives in a traditional Irish fishing village, soon segues into a disturbing feminist thriller with a hint of the Mildred Pearces about it, concerning as it does the limits of maternal protection and the ignored abuses of awful men.

There is something a little boilerplate about how the film is structured which perhaps prevents it from accessing the upper echelons of quality and interest. It’s what you might call “over tight”, in that there is no detail for detail’s sake, and it quickly becomes a game of guess the foreshadowing device. All the interlocking plot fragments are so perfectly aligned that the film ends up feeling stifling, and also it goes too far out of its way to answer all the questions it poses about the morality of the situation in which the characters find themselves. So not one to ponder for very long once the credits have rolled.

Still, the cast fully commit to their meaty roles, and the dark energy between Mescal and Watson keeps things bobbing above the tide nicely. What does nudge this above similarly-inclined social-realist thrillers is Chayse Irvin’s atmospheric cinematography, whose ominous blue-green vistas cleverly imbues the material with gothic ghost story trappings. Indeed, the film opens on a young fisherman falling to his peril – apparently they don’t learn to swim as a deterrent for jumping out of the boat – and his spectral presence returns to claim various other souls.

The sound design, too, is used to sharp effect, as Aileen is constantly tormented by the pelt of driving rain, or the continual loud clacking of oyster shells dropping off a conveyor-belt. These sudden bursts of noise – which include a non-diegetic Irish drum sound that only Aileen seems to hear – are all the more effective for being in such an otherwise hushed film. Characters talk in whispered tones, that is until they’re yelling at one another on the beer-soaked floor of the local dive bar. It’s a neat little manoeuvre that’s executed with admirable skill, but as with the templated plotting, it also comes across as the robust deployment of a tried-and-tested “move” rather than something new and exciting.