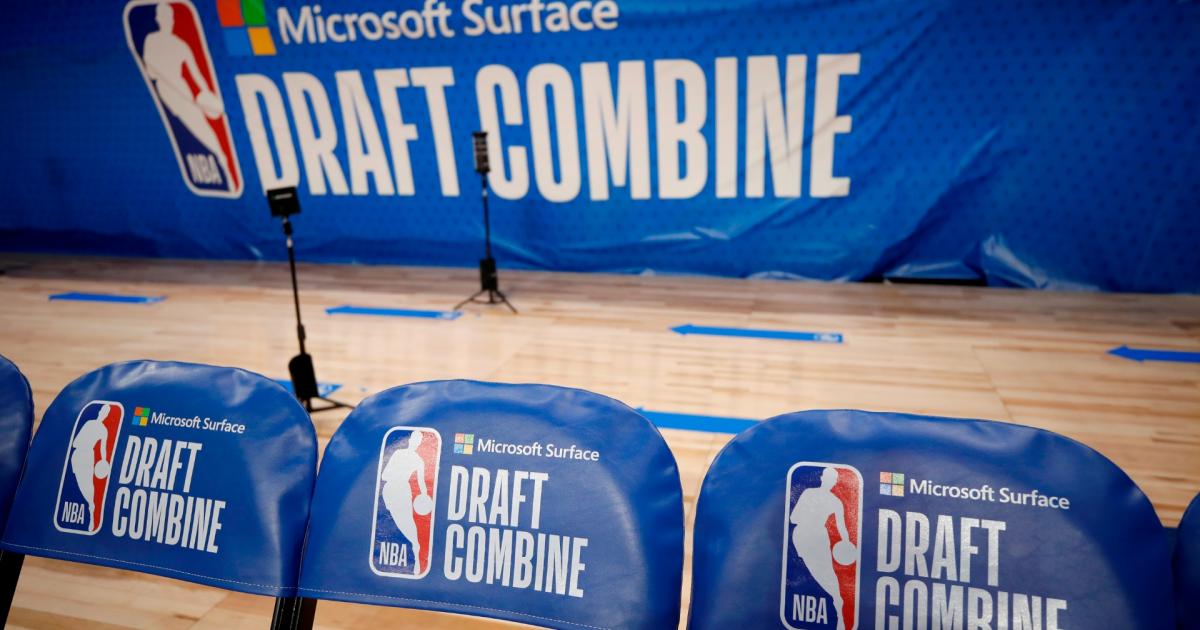 CHICAGO –– The first day of the 2022 NBA Draft Combine has come and gone with players taking part in various measurements, strength and agility drills and some 1-on-0 shooting.

The draft prospects have a variety of anthrometric measurements taken – height (with and without shoes), standing reach and wingspan, hand length and width, and weight and body fat percentage.

Every year there are some eye-catching numbers, even if some of the measurements are somewhat anticipated based on previous reports.

And then there are the strength and agility drills and 1-on-0 shooting drills, giving the scouts and executives in the building an idea of how each prospect matches up athletically in comparison to one another.

I was fortunate enough to be on-site for my first NBA Combine experience, and it’s incredible to see how big, quick and athletic some of these guys are in person.

Below you can find a few measurements that really wowed the entire gym.

It was, of course, no secret that Williams stands in well over 7-feet tall. He was actually the first player I walked by when I checked into the hotel, and seeing him in person was marveling. It was like staring up at a skyscraper. He is every bit of the 7-foot-2 he was measured at.

But Williams’ height isn’t the measurement that will catch your eye. The Duke sophomore was listed at a standing reach of 9-foot-9 (!!) – the largest standing reach measured at the Combine.

To be clear: other big men such as Chet Holmgren were not measured, but it’s hard to believe that even he has a longer standing reach than Williams.

Williams’ measurements were the longest across the board – he was the tallest player measured at 7-foot-2, his wingspan was the longest at 7-foot-6.5, as was his 9-foot-9 standing reach.

As ESPN’s Jonathan Givony pointed out, Williams’ measurables are only comparable to a few players in the DraftExpress database – Rudy Gobert, JaVale McGee and Deandre Ayton.

Even at his size, Williams is extremely athletic and mobile. While he didn’t take place in any of the agility drills, we saw enough of him rim-running at Duke to know he has no trouble getting up and down the floor. In my post-Lottery Mock Draft, I had Williams going No. 13 to the Charlotte Hornets. He may not even last that long on draft night, though.

Since Sharpe didn’t play a single game for Kentucky, there isn’t all that much out there on him aside from his standing as the previously-ranked No. 1 prospect in the high school class of 2022.

He’s known for his electrifying athleticism and NBA-ready shot creation skills, but the last we’ve seen of him playing competitively was in high school.

While I had hopes of getting eyes on Sharpe during today’s agility and shooting drills, the freshman mystery man elected not to participate, as we saw from just about all of the top-tier prospects. In fact, Sharpe was the only one of the top-tier group – him, Chet Holmgren, Paolo Banchero, Jabari Smith Jr. and Jaden Ivey – who was even measured.

But the reports of Sharpe’s near-7-foot wingspan were verified on Day 1 of the Combine. Sharpe measured in with a 6-foot-11.5 wingspan – the fifth-longest of any guard.

G League Ignite product Daniels is known for his size and length as a 6-foot-8 point guard. He was measured with a 6-foot-10.5 wingspan, which, on paper, helps explain just how versatile and switchy he is as a defender.

But it was known that Daniels was pushing a height of 6-foot-8 with a near-7-foot wingspan. What had the gym buzzing on Day 1 of the Combine was his quickness.

Daniels looked shifty during the shuttle run and lane agility. His 2.81 shuttle run was the fastest time at the Combine.

His 10.81 lane agility cracked the top-10 and his 3.22 three-quarter court sprint was well above average.

I feel like I’m higher on Daniels than most, placing him No. 7 overall to the Portland Trail Blazers in my latest Mock Draft. This flash of speed and length at the Combine certainly helps his case.

Starting at the top, Tennessee guard Kennedy Chandler had the highest max vertical leap at the Combine at 41.5 inches. Chandler is fast and explosive. He’s one of my favorite guards in this class after an extremely strong closing to his freshman season, developing as a decisive playmaker and scorer. His max vertical further proves how athletic he is.

Baylor wing Kendall Brown had the second-highest max vertical at the Combine at 41.5 inches, something that shouldn’t come as a surprise. Brown is very much a raw prospect but his speed and athleticism paired with a 6-foot-11 wingspan at a height of 6-foot-8 show why he’s being considered as a potential first-round pick off of his ceiling alone.

Kansas forward Christian Braun shocked a lot of people with his 40.0-inch max vertical – good for third-best measured at the Combine. Braun is coming off of an impactful NCAA Tournament run with Kansas, playing a key role in helping the Jayhawks win the National Championship. He has solid size, great athleticism and makes winning plays on both ends of the floor. If he can knock down 3s with more consistency, he’ll be a plug-and-play 3-and-D wing at the next level.

Lastly, Ohio State forward E.J. Liddell registered a 38.0-inch max vertical, which certainly helps his cause as an undersized power forward at 6-foot-7. For what Liddell lacks in height, he makes up for with his athleticism, mobility and 6-foot-11.75-inch wingspan. He’s a crafty and savvy two-way big who could certainly play small-ball center at the NBA level.